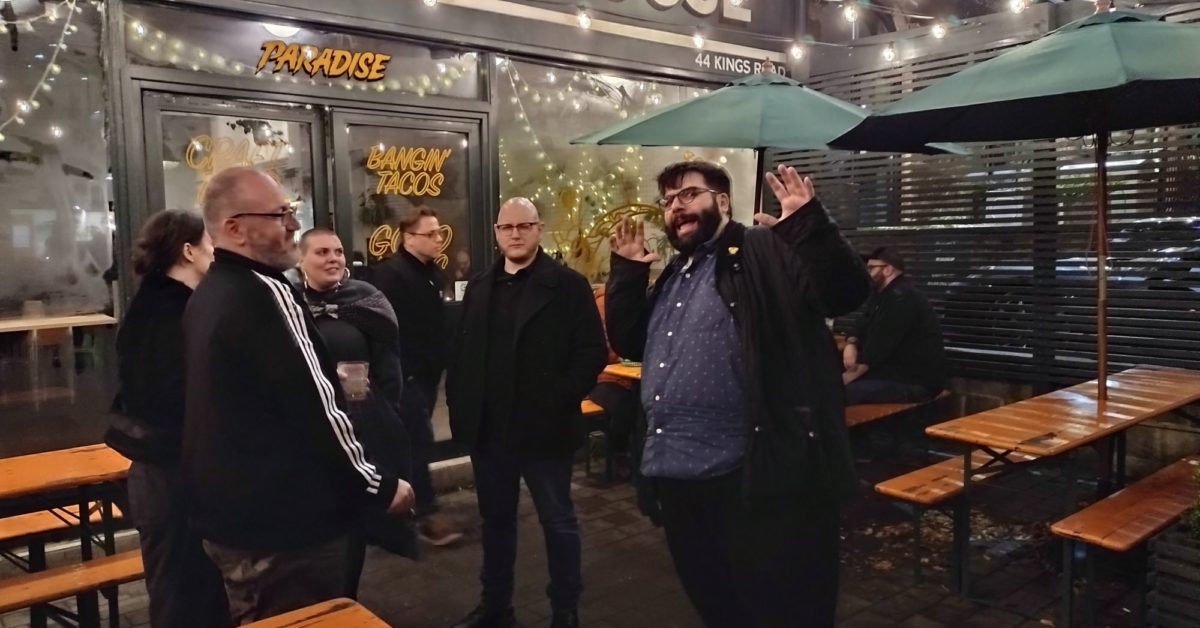 Thought Bubble, the Yorkshire Comic Con now in Harrogate opened about an hour ago. But it really began last night, as comic book creators set up their tables and then hit the town. And Bleeding Cool hit the streets to capture what we could, as the drizzle stopped drizzling and local taverns were filled with comic creators. Not exclusively mind, a charity lunch at the Majestic Hotel extended its hours, and I met Jan who owns the Coldharbour Brewery in town, and knew the comic convention was in town because a0 her daughter-in-law was cosplaying there today, and b) they’d had a booking there tonight. More on that to come. The night really began with the Broken Frontier Drink & Draw session over at Major Tom’s Social, as cartoonists ate, drank, and drew based on themes suggested by guests, with prizes provided by Avery Hill. And while Ronald Wimberly did his best to get a young barman to make cocktails of various descriptions.

Then on to The Clubhouse, which ComiXology Originals courtesy of Chip Mosher had taken over for the night with a free bar and everyone from James Tynion IV to the White Noise boys to Sarah Gordon to John & Leah Moore-Reppion to Ryan Hughes, to Jock to Martin Simmonds to Mike Perkins to Alison Samson holding court.

And all the while, people were setting up shop at the Harrogate Convention Centre. I managed to sneak in there for a little look around, mid set-up – and here is how it was looking around half-way through.