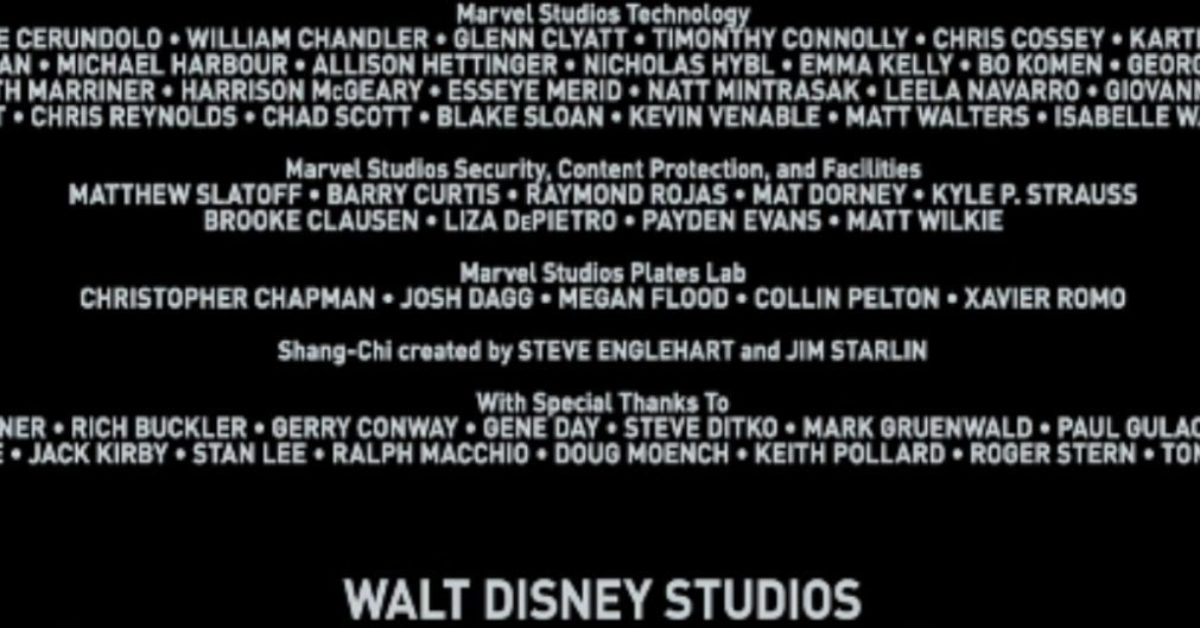 Shang Chi And The Legend Of The Ten Rings has come to Disney+. This means we get a better look at those final end credits, and the “Special Thanks” handed out to a number of comic book creators. But what are they for? And why?

Matt Fraction gets a special thanks in a separate section to the other creators, for his work on Invincible Iron Man, removing the yellow peril and Fu Manchu-like aspects of The Mandarin. Indeed, Fu Manchu was originally the father of Shang-Chi in the Marvel comics. Fraction also added an extra-terrestrial source to the ten rings, reflected in the film, from a Makluan explorer whom ancient Earthlings immediately attacked due to his dragon-like appearance. More on the Malkluan’s later.