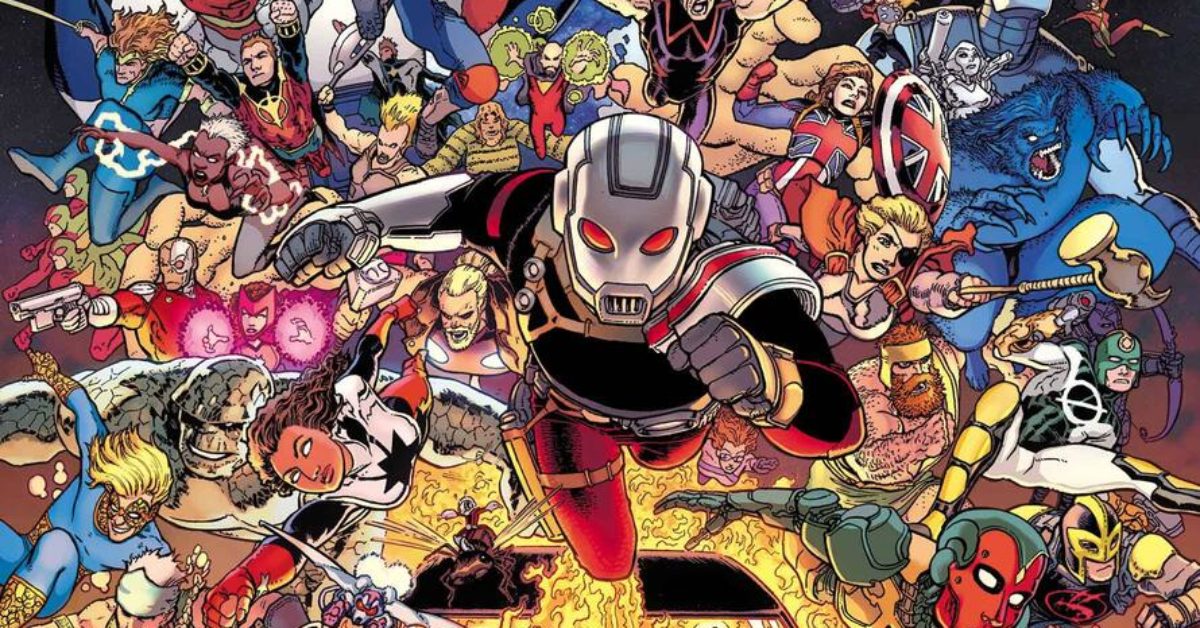 Marvel has released a trailer for Avengers Forever #1, by Jason Aaron and Aaron Kuder, or Jason Aaron Kuder for short, hitting stores in December, just in time for Christmas. Creating new super-mega-crossover events named after an old super-mega-crossover event to capitalize on nostalgia is one of Joe Quesada’s 22 Cheap Sales-Boosting Gimmicks That Always Work, a set of tricks all comic book editors keep up their sleeves to increase the sales of a comic book based on literally anything other than the actual content of said comic book. That’s not to say that the content is good or bad, but rather that when it comes to the marketing department of major superhero comic book publishers, it doesn’t make any difference either way.

That commitment to not committing to quality clearly extends to Marvel’s animation department, as none of these trailers Marvel produces for their comics ever actually look good. The fact of the matter is that motion comics technology hasn’t really improved since the Spider-Man motion comics on The Electric Company in the 1970s, and Marvel’s refusal to shell out for decent music rights doesn’t exactly help either.

Why Marvel even bothers to make these trailers is one of the comics industry’s great questions, alongside other great questions like “what horrendous link did Steve Geppi probably click on to open up Diamond’s entire network to a ransomware attack?” We may never learn the answer to either one, sadly, but your best guesses are welcome in the comments (sorry, Eliot). In any case, check out the trailer for Avengers Forever #1 here:

Marvel also recently released some preview pages from the book, which is set to hit stores on December 22nd… assuming Diamond gets their shit together by then. Check out the preview below.

AVENGERS FOREVER #1
OCT210783
(W) Jason Aaron (A/CA) Aaron Kuder
AN ALL-NEW SERIES STARRING THE AVENGERS OF THE MULTIVERSE!
On a quest for cosmic vengeance, Ghost Rider finds himself roaring through the wasteland on a ruined Earth, where the great age of heroes never came to be, where hope is a four-letter word and where his only ally in the coming battle against the greatest villains any universe has ever seen is the world’s most wanted archaeologist, Tony Stark…the Invincible Ant-Man. Spinning out of the cataclysmic events of AVENGERS #750 and operating in lockstep with the prime AVENGERS series, the next great Avengers saga begins here, as the Mightiest Heroes of every Earth begin to assemble.
RATED T+
In Shops: Dec 22, 2021
SRP: $4.99