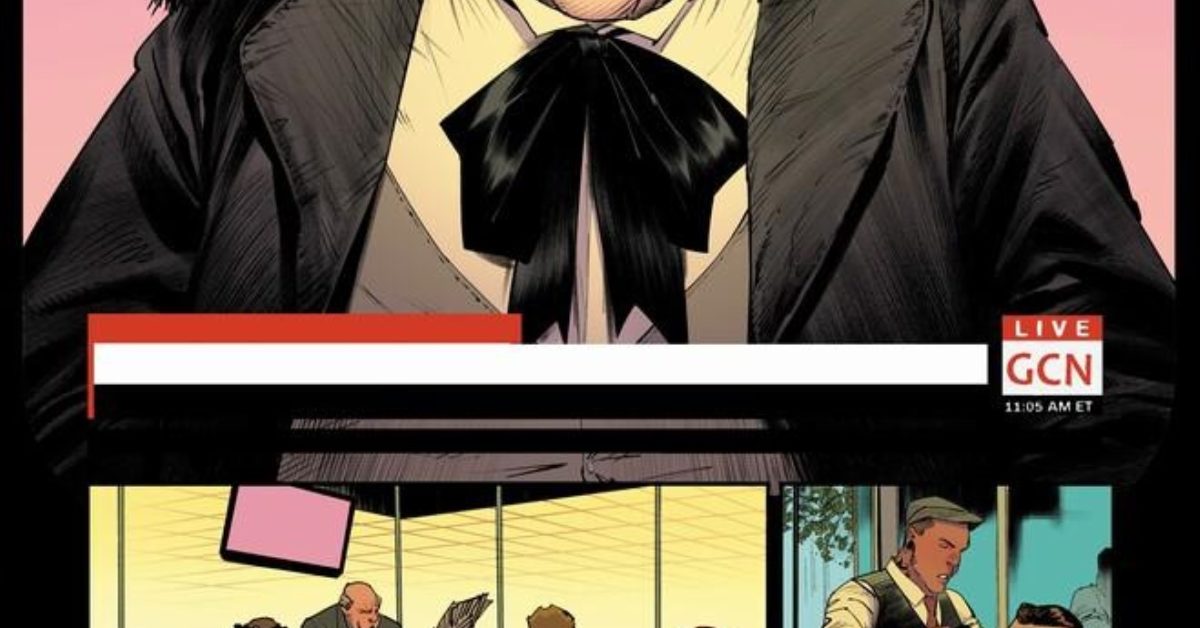 Danny DeVito played The Penguin in Tim Burton‘s Batman Returns. And as a result, for the 80th anniversary of the creation of the character, he has been asked to write a Penguin story drawn by Dan Mora for the upcoming Gotham Villains Special being published by DC Comics at the end of November. And I get the feeling it may be polarising – in that all sorts of groups will claim it for their own, or claim that DC Comics is pushing political propaganda, or that it is unintentional propaganda for the other side or that… well, basically it’s going to be a shitshow all across social media.

It starts with a Penguin acting in an altruistic fashion, with some young Gotham kids, looking in the Danny DeVito model of the character.

And a Catwoman in the model of Michele Pfeiffer, also acting in an altruistic fashion. Because the pair are in love, and have a partnership together, in all meanings of the word. Sorry Batman, the Cat is all about the Penguin. So what will they do with their newfound friendship? Why steal all the world’s vaccines, or course. Five billion of them. What a villainous thing to do.

And then… okay it’s a little unclear. Somehow make the vaccine airborne and release it across the world, or recruit the world’s villains to vaccinate everyone on the planet.

Either way, it is a proper vaccination mandate for the entire globe. And it cures the pandemic. Now… is that a villainous act? Or a heroic act? An anti-heroic act? You can feel the media arguments already being planned – work it out for yourself, come the 30th of November…