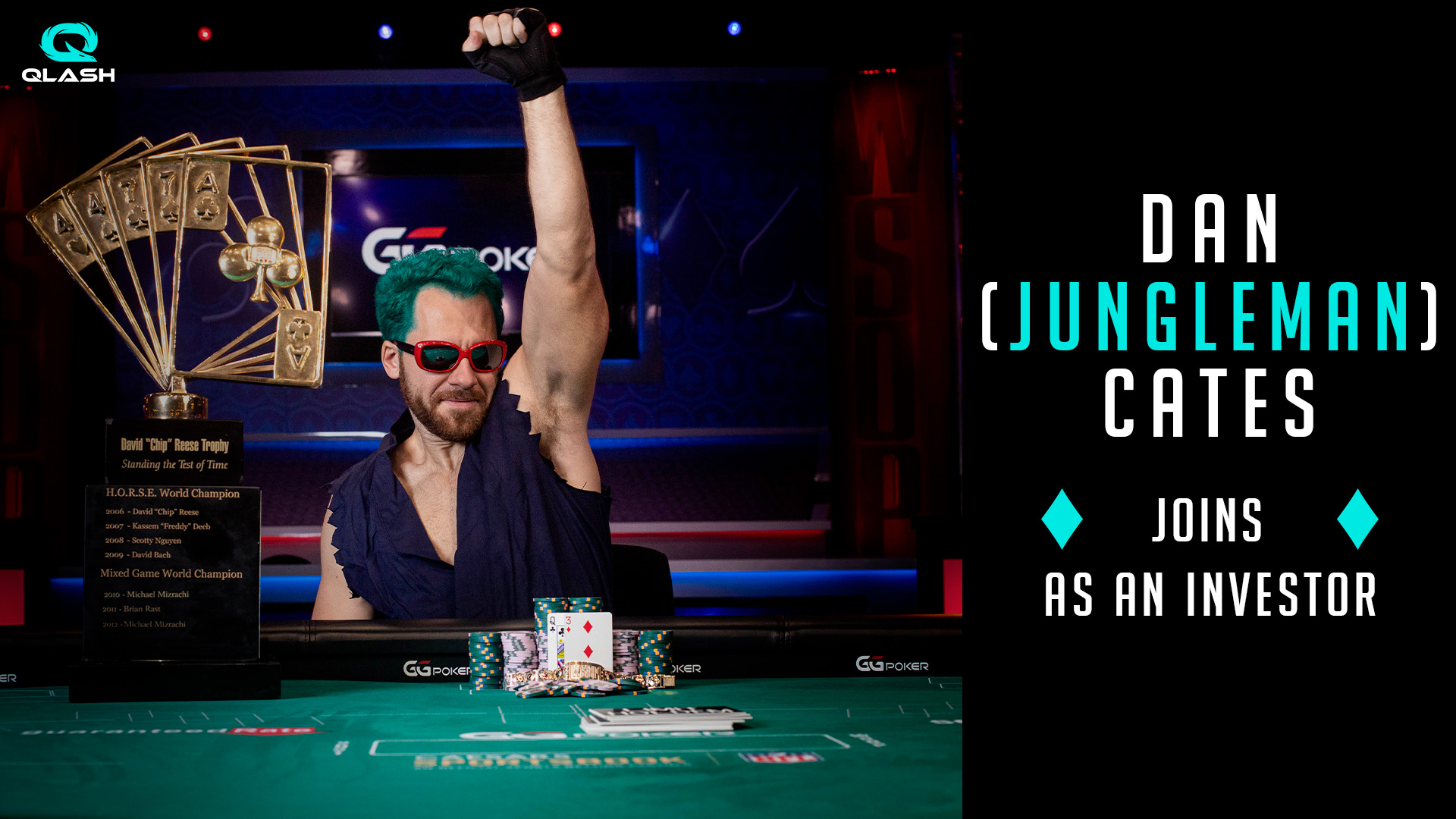 Financial figures of the investment have not been revealed.

Cates, who recently won the Poker Players Championship world series, commented on his decision to invest in QLASH: “The gaming and esports industry is constantly growing and, with further reflection, I believe it can be used for people to learn experientially.

“It’s a business with a lot of potentials. I believe QLASH is a strong investment and I’m sure there are many strategic partnerships we can do and provide value.”

The announcement comes at the time of QLASH finalising its equity crowdfunding campaign on the Seedrs platform, which has reportedly helped the organisation to pass the €1.5m (~ £1.28m) mark.

According to the release, the organisation aims to ‘bring distinct solutions to build communities for multiple different games and bridge traditional brands with the young generation’.

Luca Pagano, CEO and Co-Founder of QLASH, spoke on the announcement: “We are thrilled to have Dan on board. He brings passion and vision for gaming, especially around learning experiences.

“It’s a new sign of how mature and international QLASH is becoming as a company, adding value to its ecosystem. And watching him win one of the most prestigious events dressed in a superhero videogame costume shows how our industry culture can be transversal, inspiring, and amazingly fun — a perfect fit for QLASH!”

Esports Insider says: Given that QLASH was formed by a duo of former professional poker players, it’s no surprise to see another poker pro follow suit. In addition, the organisation already has a strong portfolio of investors from a variety of athletes. It will be interesting to see how the recent investments will help QLASH in its expansion plans.