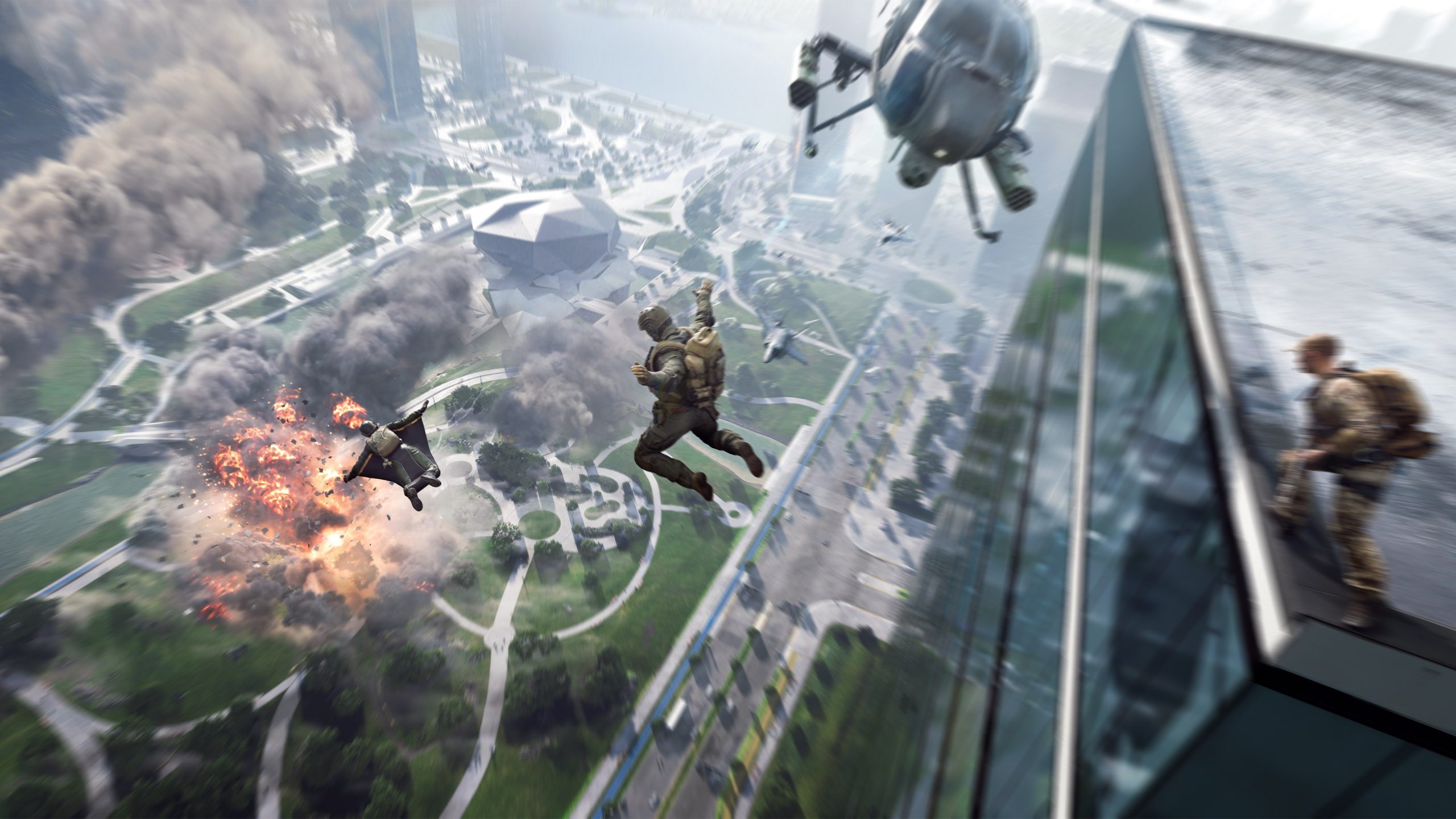 It may not quite be the official street date, but if you’re looking to jump into the next generation of first-person shooters, then Battlefield 2042 is here and playable.

Due to officially release on November 19th 2021, Battlefield 2042 is EA and DICE’s latest and greatest, as they look to take the series to all new heights, batting off Call of Duty and Vanguard in the process. They are doing that by giving full access to those ready to stump up the cash for either the Gold or the Ultimate Editions of the game, or via a Play First Trial through EA Play and Xbox Game Pass.

Battlefield 2042 sees the franchise return to all-out war, providing players with access to 128 soldier battles on Xbox Series X|S, dropping down to 64 players should you be on Xbox One. Whichever your console though, you can expect to partake in some multiplayer games that deliver up Battlefield versions of Conquest and Breakthough, along with Hazard Zone; a super tense, super focused squad based affair in which every single bullet will count.

There’s Battlefield Portal too, allowing any and all the chance to reminisce about some of the finest Battlefield maps from games of the past, bringing them all together as one. Basically, if you love Battlefield, Portal is the place to be.

From there, expect the usual Battlefield experience, all dailed up as EA and DICE make the most of a new generation of hardware. If you want to know how it really plays, stay tuned for our full review in the days ahead.

But should you be sold already and don’t fancy holding on until Battlefield 2042’s full Standard Edition release on November 19th, then grabbing access right now is more than doable.

First up is the opportunity to make the most of your Xbox Game Pass subscription, taking in 10 hours of play through EA Play and the Play First Trial. You never know, 10 hours of multiplayer games may just be enough for you to understand what BF 2042 is all about.

Alternatively you can go big, grabbing the Gold Edition for £89.99, playable across both Xbox One and Xbox Series X|S. Not only do you get early access with this, but the Gold Edition adds in the Year 1 Pass, which in turn delivers 4 new Specialists.

If you’re feeling really flush though, it’s the Ultimate Edition which lives up to its name. This is priced at a cool £109.99 (big money for any game), but includes that of the Gold Edition as well as new skins and outfits, a digital Artbook and an exclusive digital soundtrack. If you’re a Battlefield fan – and we’d guess you’ve have to be to stump up that kind of money – this is certainly the one for you.

Which option will you take? Let us know in the comments below as Battlefield 2042 unleashes some power onto Xbox One, Xbox Series X|S, PS4, PS5 and PC.

Battlefield™ 2042 is a first-person shooter that marks the return to the iconic all-out warfare of the franchise. In a near-future world transformed by disorder, adapt and overcome dynamically-changing battlegrounds with the help of your squad and a cutting-edge arsenal. With support for 128 players on Xbox Series X|S, and for 64 players on Xbox One, Battlefield™ 2042 brings unprecedented scale on vast battlegrounds. Players will take on several experiences comprising elevated versions of Conquest and Breakthrough, Battlefield™ Portal; a new community-driven platform where players can create, share and discover unexpected battles from Battlefield’s iconic past, present and future, and Battlefield™ Hazard Zone; a tense, squad-focused survival experience where every bullet, every skirmish, and every decision counts.

SDCC ’21: The BABYLON 5 panel covers what was, what is, and the reboot that (hopefully) will be
A Page Three Collection of Comic Scripts, Mark Waid to Bryan Talbot
Get 56 games by donating to this year’s Jingle Jam
Nowhere Girl Review
Latest Nintendo Switch eShop charts for 27th November, 2021