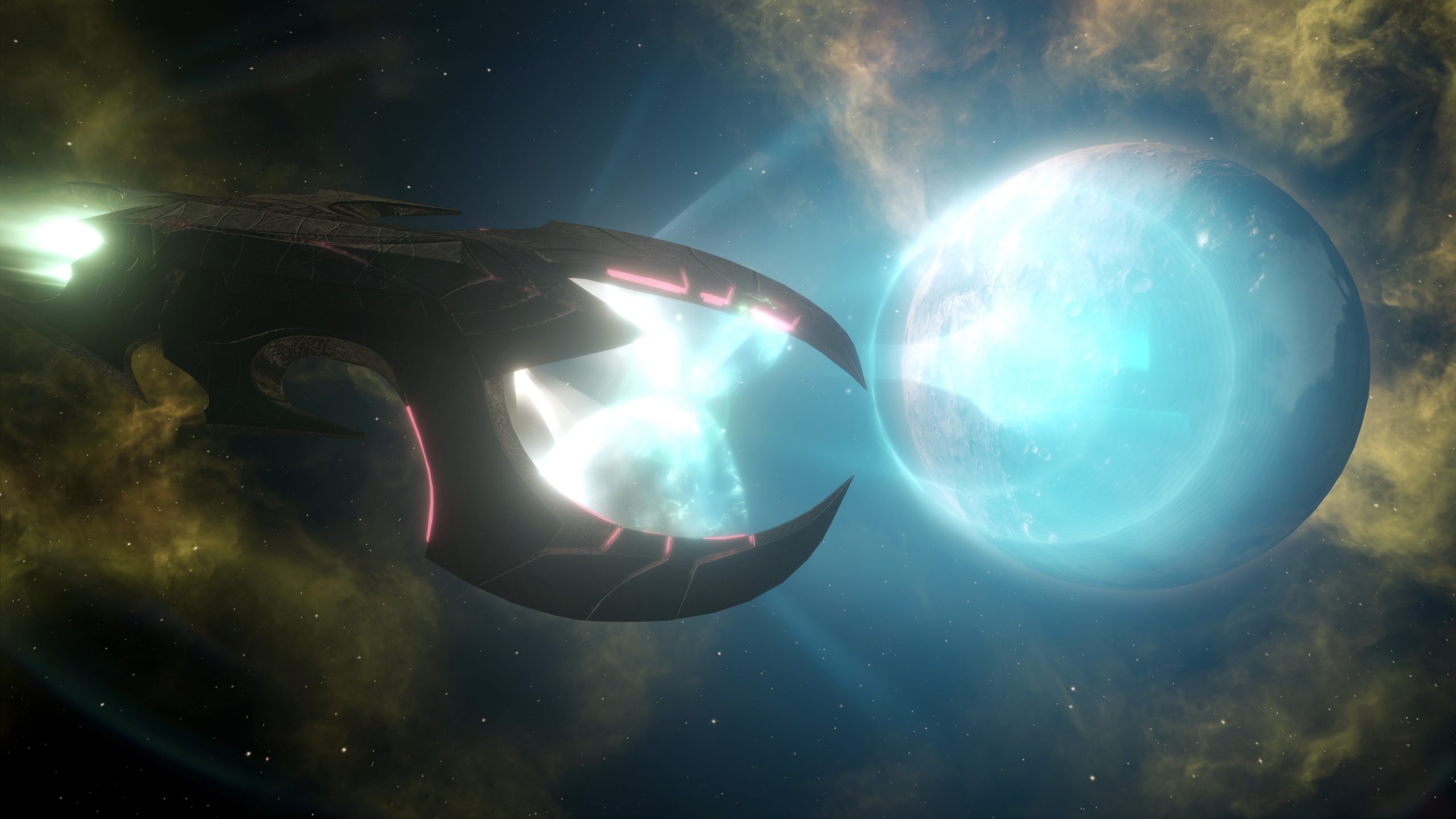 Need a reason to head back into Stellaris: Console Edition? The Necroids Species Pack may just be it.

Available to purchase and download into your Stellaris: Console Edition base game right now, the Necroids Species Pack wraps up Expansion Bundle Four in style, giving access to one of the game’s most popular species.

Priced at £6.69 and coming from Paradox Interactive, the Necroids Species Pack rolls out to the Console Edition as the final chapter of the fourth expansion comes to a close.

The best-selling expansion pack of all time on for Stellaris on PC, the Necroids Species Pack grants gamers their dying wishes with a whole host of new gameplay additions and cosmetics. The spooky Necrophage origin will zombify playthroughs for experienced players, reviving campaigns in a ghastly way, but then there is also a behemoth of fresh cosmetics including ship sets, voice overs, portraits and other creepy cosmetics which will allow newer fans to partake in their most carnal desires.

You’ll obviously need the base game of Stellaris: Console Edition to hand in order to get full access to the Necroids Species Pack, but with that fully obtainable via Game Pass (and playable on the Cloud for good measure), there’s really no reason why you shouldn’t be interested.

Necroids, an intelligent undead species that live death to the fullest, will allow players to form empires that thrive where others might perish – and perish that others might thrive! The Necroids Species Pack features a brand new selection of portraits, civics, ship sets and other cosmetics for players who don’t fear the afterlife, and a unique Necrophage origin with new civics.