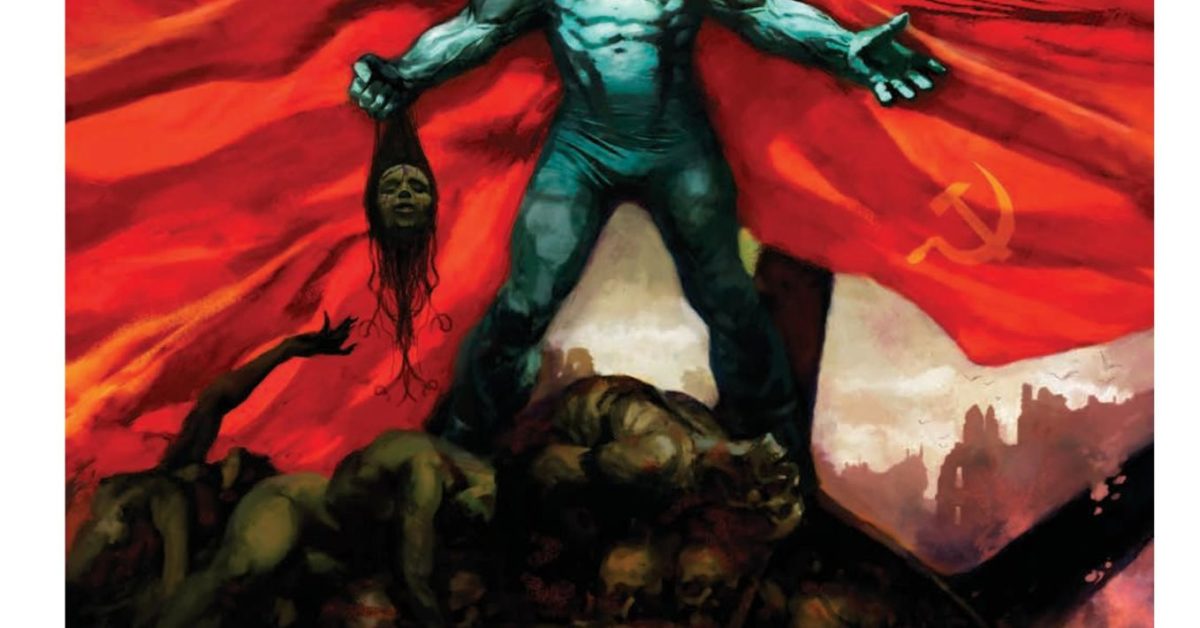 And for Bleeding Cool, we have the full first issue of Atomika: God Is Red for free, below. If you want to see what happens next, this link should do it…

Atomika: God Is Red is written by Andrew Dabb, a writer for CW’s Supernatural and Netflix’s upcoming Resident Evil series, and was dreamed up and illustrated by Sal Abbinanti, a Chicago native and the art rep for Alex Ross and Bill Sienkiewicz which clearly came in handy. Abbinanti began working on Atomika: God Is Red more than a decade ago in his spare time, in airports, and at comic book conventions.

In Atomika: God Is Red Atomika is the first man-made deity—the God of Technology and the 21st Century. One-by-one, the nations of the world have fallen before him. Now, with the Red Empire spanning the globe, Atomika has turned his attention to the ancient gods of his Russian homeland, the very beings he seeks to replace. Despite his multiple victories, Atomika begins to have doubts about his mission. With the entire world broken at his feet, Atomika stands at the center of a global red empire, loved and worshipped by billions. But danger lurks in the shadows. Some believe Atomika has outlived his usefulness—that he’s a danger to the new world order—and they’ll stop at nothing to destroy him.  Atomika has defeated gods, armies and nations, but now he faces his most dangerous enemies…those closest to him. His friends, his family and for the first time, Atomika is forced to wonder: Is he truly a God or monster?

Abbinanti’s original graphic novel The Hostage was fully funded at Kickstarter earlier this year. Challengers Comics + Conversation, located at 1845 N Western in Chicago, Illinois, will be hosting a signing and a release party for The Hostage with Sal Abbinanti on Saturday, November 20th from 4-7pm.