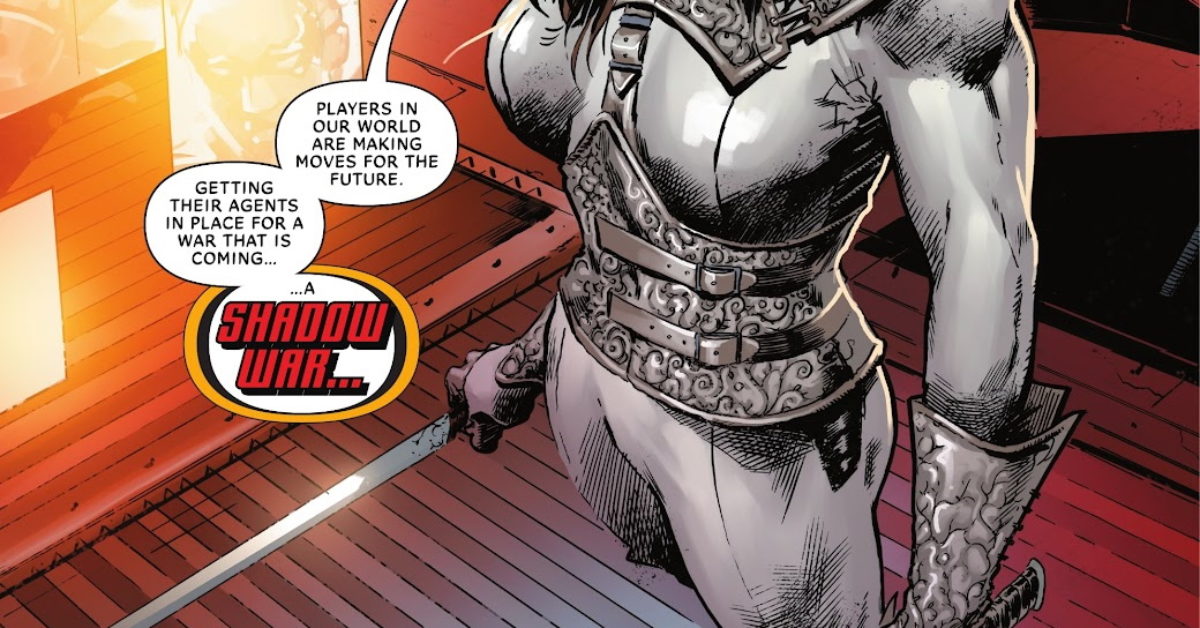 It was teased in an earlier issue of DC Comics‘ Batman: Urban Legends #6 with Black Canary and Talia Al Ghul written by Josh Williamson. Something called the Shadow War. And given extra fontage so that everyone noticed.

Talia al Ghul, daughter of Ra’s al Ghul. Who hasn’t been around for a bit in DC Comics continuity, rather starring in the Neal Adams’ Batman Vs Ra’s Al Ghul series instead. He was heavily featured in Detective Comics issues #953-956 as part of the League of Shadows story arc, back in 2017. He was also a member of The Immortals in Dark Nights: Metal issue #2, a group formed by the oldest beings in the multiverse, talking about fighting the Dark Multiverse invasion. Well, Bleeding Cool can reveal that he’ll be back in December to kick off whatever The Shadow War is.

And T.R.U.S.T. getting ahead of most everyone.

Gotta catch them all, after all. Is that what Mother Soul’s League Of Lazarus is though? Finding the best of the best for whatever Shadow War she may be playing in?

And could Ra’s Al Ghul be bringing back his original League Of Shadows? Inter-league conflict? Another bloody tournament?

The space bit of Deathstroke Inc issue 2 aside, I guess that’s The Shadow War right there. A house of mystery and Deathstroke having killed someone dear to the son of Talia Al Ghul grandson of Ra’s Al Ghul, and great-grandson of Mother Soul. And talking of wars…

And maybe even Red X in Teen Titans Acadamy? That was written by Tim Sheridan, not Josh Williamson though. Maybe we should also keep an eye out for Batman #118 and where that goes, as well as Robin and Deathstroke Inc…