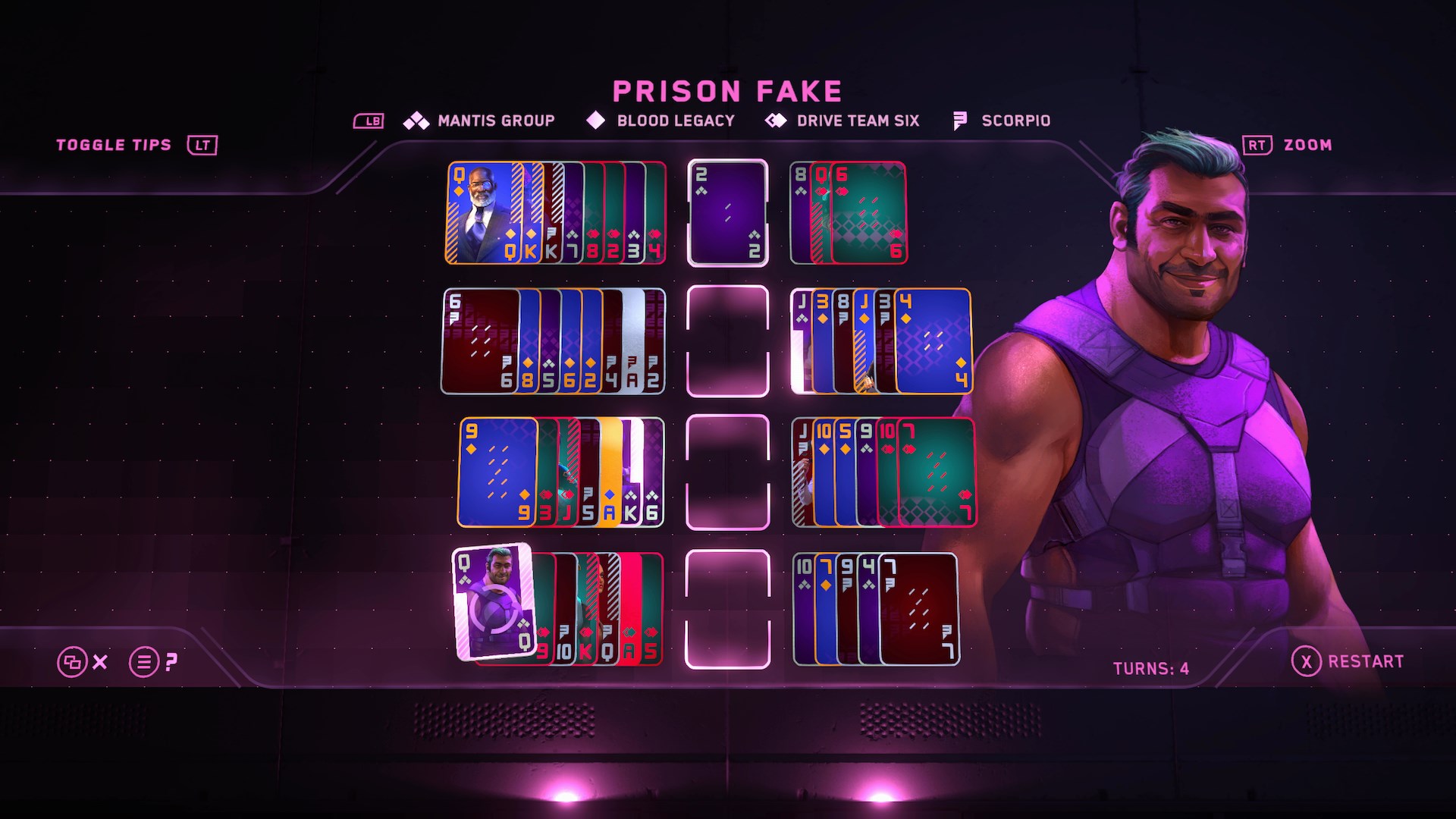 Previously having launched on PC via Steam and Switch (picking up some decent little reviews in the process), The Solitaire Conspiracy now goes next-gen, letting Xbox Series X|S and PS5 players the chance to join a wicked world full of spies and supervillains…

Available to purchase and download on the next-gen beasts of Xbox Series X|S and PS5, The Solitaire Conspiracy sees you joining the life of Jim Ratio (played by Greg Miller) as he looks to take charge of a group of spies, and to save the world.

Created by Bithell Games (yep, they behind the likes of John Wick Hex and the stunning Thomas Was Alone), The Solitaire Conspiracy takes the usual Solitaire route and mixes things up massively, providing access to multiple game modes – Campaign, Campaign Plus, Countdown, Skirmish and Daily Hotspot – as you work your skills and attempt to understand the depth and complexity of the spy world which is on offer.

With full next-gen optimisation in the house, some seriously gorgeous artwork and a design that pretty much throws you into a cyberpunking conspiracy story of your very own, The Solitaire Conspiracy looks to be an absolute joy. We’ll find out if that is actually the case once our full review of the game on Xbox Series X|S goes live. Keep an eye out for it!

In the meantime, heading to the Xbox Store will let you grab The Solitaire Conspiracy on Xbox Series X|S. The PlayStation Store should do the same for those preferring the PS5 way of life. £9.99 is all you’ll need to pay up.

Let us know how you decide to grab this one.

Protego, the world’s leading spy agency, has been destroyed. Only one person can wield C.A.R.D.S to take control of Protego’s scattered spy crews and save the world. You. Guided by Protego’s only remaining analyst, Jim Ratio (Greg Miller), you must master the unique powers of each crew in a game of tactical Solitaire like none you’ve ever played before. Guide your crews home in a tale of intrigue where nobody can be trusted. Keep your cool in a world of AI spies and cyber-enhanced operators. Once you’ve taken back control of Protego, play infinitely via Skirmish, or test your skills against the clock in Countdown, a survival mode that will test your grasp of the game’s surprising tactical depths. For a new challenge every day take part in the Daily Hotspot leaderboards!