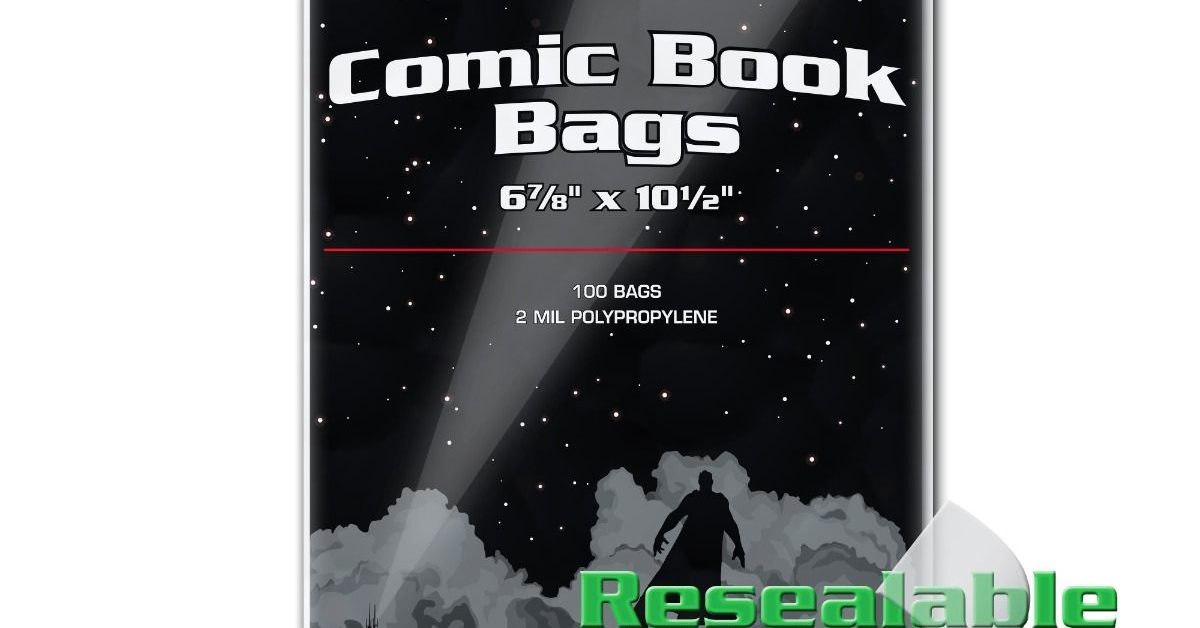 BCW is a well-known supplier of comic book bags and boards, for comic book collectors to keep their precious comic books in, safe from bends, tears, or small children colouring in the gaps between the panels. But right now there is a bit of a comic book bags drought. Bleeding Cool noted that DCBS had burned through theirs, when it came to distributing rare tiered comic book cover variants to stores as Lunar Distribution. BCW’s own website says that they are only taking orders for delivery in February 2022.

The pandemic, lockdowns, and shutdowns kicked off a boom in comic book collecting, with demand increasing even as supply reduced for a while, leading to higher prices being asked for – and being paid. And people have to have a way to store their newly acquired comic book shiny, shiny brand new holes in their heart. So demand fro bags increased, just as shipping from China and other locations decreased – or was cut off.

Bags and boards are in demand for comic book publishers and sellers, especially with premium value items. Might that premium have to go up in value as a result? And is there any chance that with the new rarity and scarcity, comic book sellers decide to skip the comic book altogether and just collect… the bags? Right now comic book bags tripling in value might be just the thing for some people to get them through the winter…

BCW was founded in 1981 and is headquartered in Anderson, Indiana, creating products designed to protect, store, and display collectibles, from sports cards to coins to comic books, including bags, boards, frames, long boxes, and more.

The Next Battlefield Game Might Be Some Sort of a Hero Shooter, According to New Report
Gallery: Here’s What Zelda: Breath Of The Wild Looks Like With Raytracing
The Chiefs extends Optus partnership
What to expect in Call of Duty: Warzone Pacific Season One
G2 Esports expands consumer products to China