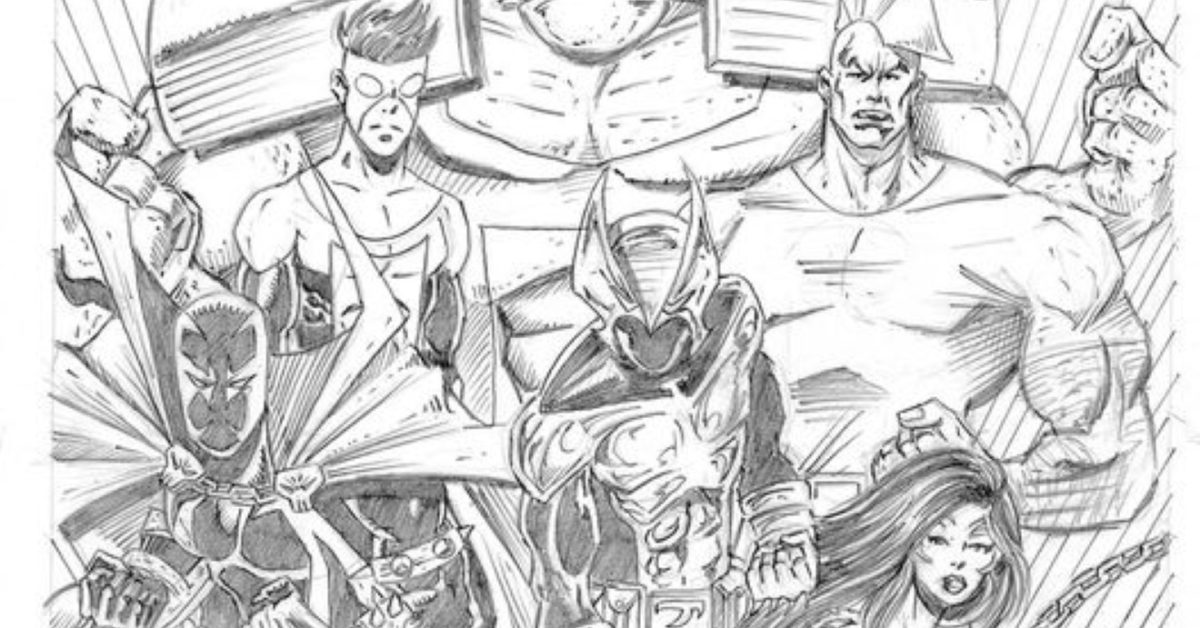 ShadowHawk was a launch title from Image Comics by Jim Valentino, one of the Image founders, in 1992. In 2022, for the publisher’s 30th anniversary, Valentino is bringing him back for a Shadowhawk 30th Anniversary Special, scheduled for August 2022. Posting to Facebook, he stated;

I don’t draw very often anymore, but when I do I still manage to screw it up royally! This is a cover for next year’s ShadowHawk 30th Anniversary Special. Today seemed like an appropriate day to post it as it’s an homage to the very first Image comic. With all due apologies to Rob Liefeld.

ShadowHawk was a violent HIV-positive street vigilante with a predilection for breaking the spines of his opponents, later revealed to be one of a series of Spirit Of Justices through history. Ten years ago, for the character’s 20th anniversary, Bleeding Cool’s Dan Wickline revived the series as ShadowHawk: Resurrection with Tone Rodriguez and Jim Valentino. And now it looks like he’s getting revived again!

Jim Valentino runs the Shadowline Comics studio publishing through Image Comics, with the recent release A Thing Called Truth. As he puts it “With no second printings you’ll be sorry if you miss this one!”

A THING CALLED TRUTH #1 (OF 5) CVR A ROMBOLI
IMAGE COMICS
SEP210020
(W) Iolanda Zanfardino (A/CA) Elisa Romboli
A chaotic LGBTQ+ road trip!
A workaholic scientist who wants to save the world and a woman who fears nothing but discovering her own destiny find themselves mixed up in a chaotic, on-the-road adventure through Europe. Will they manage to find a middle ground between their opposing ways of life – at least for long enough to complete their mission? And could this trip lead to an unexpected romance?In Shops: Nov 03, 2021 SRP: $3.99