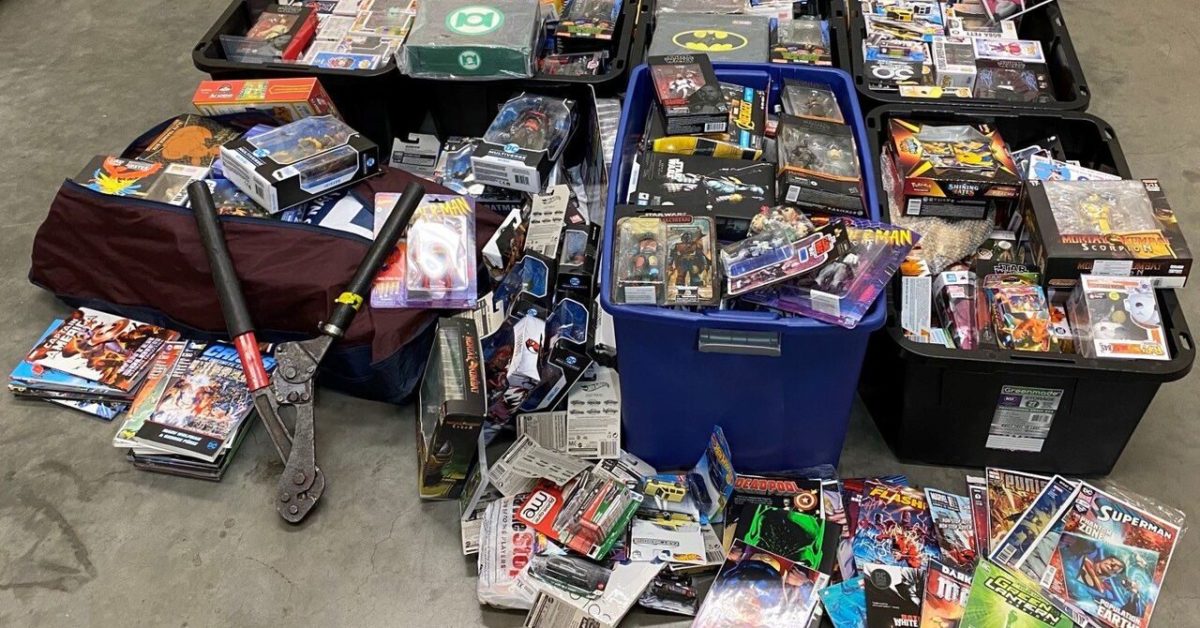 Seattle Police are looking for the owners of what they call “vintage comic books” but are actually from only a few years ago, Funko POP figurines, and action figures that were recovered from a stolen box truck last month. They state that “if you believe some of the items may be yours or you know someone who recently lost similar items, please contact detectives at SPDGIU@Seattle.gov reference case number 2021-276209 with some proof of ownership. If you have similar items in storage that you haven’t checked on recently, SPD advises that you check in case they were stolen. If no one claims the items, SPD will have to destroy them.”

Destroy them? Not just put them on eBay? What a waste! Comics include Dark Metal, Superman, Green Lantern, Deadpool, Flashpoint, Punisher, Captain America, Crisis On Infinite Earths, and more. If you recognise your haul and will admit that this is actually yours, even the Spier-Man and Batman toys still in their packaging, where they will remain forever, you may be in a chance of getting it. Unless of course, you see suffering occasional criminal losses as helping winnow your already humungous collection ahead of your inevitable death, with much more desirable items than those you managed to pawn off on some passing crooks.

Also, if you know if there’s a special room that the Seattle Police Department use to destroy stolen-but-recovered geeky items that their owners do not claim? Because if there is, I think Mile High Comics’ Chuck Rozanski would be quite happy to drive there, break in and take it all off their hands, for the good of humanity.