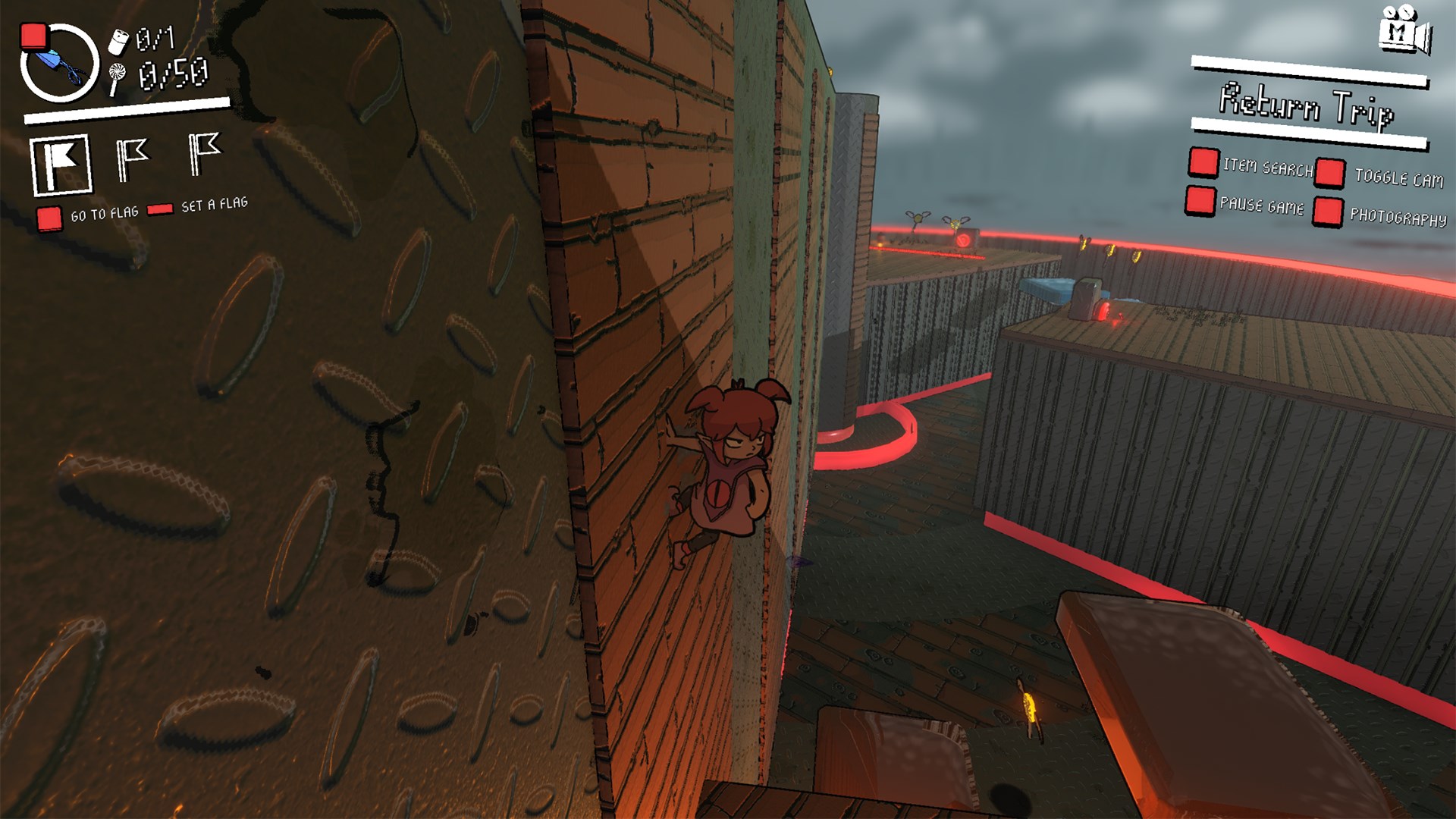 When you’ve previously created Slime-San, and have publishing bits behind you like Yooka-Laylee, BPM: Bullets Per Minute and the cute A Little Golf Journey, you probably know what fits a gaming market. That’s looking likely to be the case for Fabraz and Playtonic Friends as they come together to deliver a fresh take on the platformer – Demon Turf.

One look at Demon Turf is probably just about enough to drag you in. The hybrid art style is glorious, the world is one full of humour, there’s tasty punky attitude kicking around in the background and it promises to provide gamers with the chance to take on an ever-evolving challenge.

Available to purchase and download right now on Xbox One, Xbox Series X|S (Optimised), PS4, PS5, Nintendo Switch and PC (through both Steam and the Epic Game Store), Demon Turf sees players taking on the role of Beebz – a demon who is a mere 1000 years old. From there, it’s up to them to help Beebz reclaim the lost demon world turf, taking on the Demon King himself and ultimately, claiming the throne.

The thing is Demon Turf and Beebz are trying new things. With physics driven combat at the core of what is going on, and the chance to return to previously beaten levels in order to take on a new challenge, the 25 odd arenas of bizarro, the 10 Demon Soccer Golf courses that are included and the unlockable cartridges which deliver throwback stages are just the start of it.

In fact, Demon Turf is mixing it up a good ‘un and comes to market boasting of switching up the tried and tested platforming world for the better.

The key features of this adventure sit as follows…

Our full review of Demon Turf on Xbox is live and ready to be delivered to your eyes. Make sure you check it out.

For now though, the usual digital stores hold the key you need for this piece of platforming perfection. It’s available on Xbox One, Xbox Series X|S, PS4, PS5, Nintendo Switch and PC – we’ll do the usual and drop you the link to the Xbox Store. Expect to pay £19.99 for this one.

The comments are below. Let us know what you think of this one.

The Demon World is inhabited by all kinds of nasties… Most of them lumped into gangs battling for dominion, each led by its own head honcho. Yet even these bad dudes are no match for the Demon King himself! Instead, the task falls to Beebz, a young demon barely a thousand years old, who decides it’s time for her to kick every turf leader’s butt and become the Demon Queen herself.

Frenzy to produce Polish broadcast of Ultraliga Teamfight Tactics Championship Arcane
Is That All We Get Of Abyss in Batman #118? (Spoilers)
Quake Remastered now has a horde mode
Due to Recent Allegations, Activision Blizzard Won’t Be at The Game Awards Beyond Video Game Nominations
Expeditions: Rome will cross the Rubicon in January