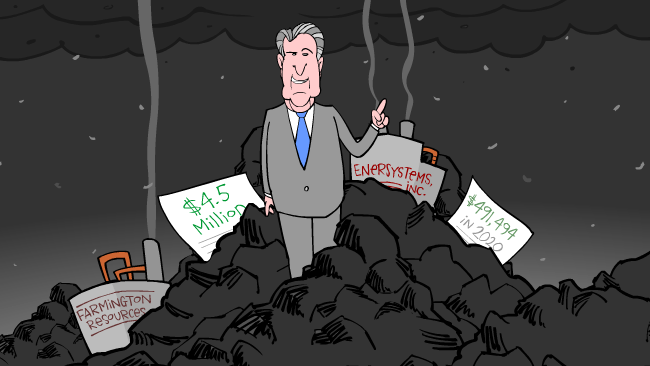 It’s not looking too good for the U.S. leading the world on the climate front. President Biden announced some measures at the recent COP26 climate conference but not what he hoped to unveil. The centerpiece of the climate portion of Biden’s Build Back Better agenda has been gutted.

. . . All thanks to one Democratic senator who has made millions in the coal business. West Virginia would reap much more benefit from the Biden agenda than from propping up an industry that has been dying for years. Unfortunately for the planet and countless species on it, Senator Joe Manchin made around $500,000 from the coal business just last year.

U.S. climate leadership around the world and legislation at home is being blocked by one compromised senator from West Virginia. At this point, it looks like the fate of the globe rests in the hands of one selfish coal fiend from a town with a population of 375 people.

Be sure to also visit me over on Patreon, where you can support my work, see behind-the-scenes videos and get prints!