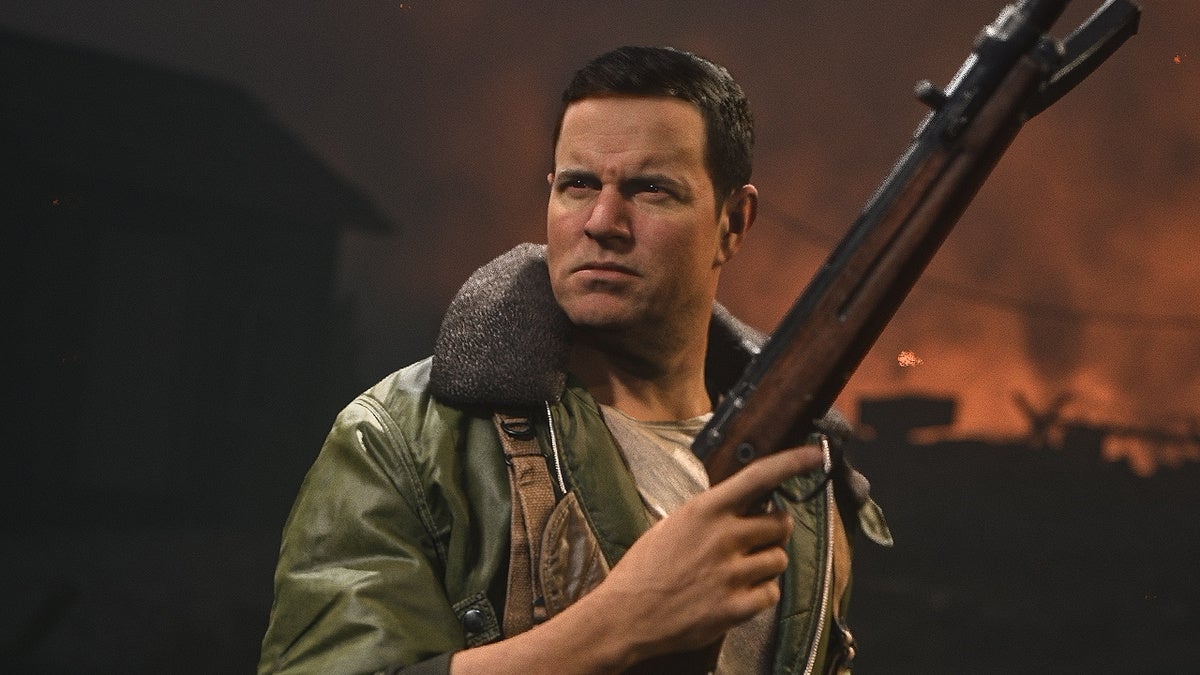 Call of Duty: Vanguard’s campaign starts off on the right track – literally. An explosive train sequence through a burning Hamburg, Germany thrills as you jump between carriages, fending off dozens of angry Nazis on your way to a submarine base. It’s a cinematic opening to a game that wears its film influences proudly; whether that be the tense behind-enemy-lines aspects of D-Day in The Longest Day or the vivid depictions of the Pacific in Terence Malick’s The Thin Red Line. No shadow hangs heavier over this latest Call of Duty World War II story, however, than Inglourious Basterds. Its tale of a small group of expert soldiers on a secret mission to stop the Third Reich may sound familiar to anyone who has seen the 2009 movie, but Vanguard plays it with a much straighter face than Tarantino ever could. Even so, Vanguard’s campaign is over quickly, and its small series of battles are all too rarely memorable high points.

Any story is only as good as its villains, and with these Nazis you really can’t go wrong in that department. Two high-ranking German officers serve as a one-two punch in this regard and have a lovely time chewing the scenery whilst dancing the (Christoph) Waltz. Dan Donohue’s Chief Gestapo Interrogator Freisinger provides a chilling presence and commands every cutscene he stars in. On the other side of the coin is Lost and Lord of the Rings’ Dominic Monaghan, who plays the quieter but cunning Jannick Richter. His snake-like demeanor manages to spark fear despite looking quite a bit like a fascist Elton John.

Forming the world’s first Special Forces unit is one elite operator from four of the Allied countries: Britain, the Soviet Union, Australia, and the USA. All are competently performed and add their own quirks to the dynamic: British Sergeant Arthur Kingsley is a stoic, level-headed leader; Aussie Riggs and American Jackson battle it out to be the biggest maverick of the group (the former probably wins due to his fetish for explosives and lack of respect for any form of authority; but it’s Laura Bailey’s Polina Petrova who by far offers the most compelling character. As a result, it’s no surprise she’s at the centre of Vanguard’s best moments.

It’s Laura Bailey’s Polina Petrova who by far offers the most compelling character.

To introduce each member and give us an insight into their personalities, we’re taken on missions from their past that helped shape them as fighters. It’s a neat structure to the campaign because it lets us visit numerous locations on different fronts of the war while still maintaining a coherent plotline. Sure, most of these missions don’t tell us much about the backgrounds of the protagonists apart from “they’re quite good at shooting”, but Petrova’s leans much more heavily into the emotions of war.

Taking place during the horrific and lengthy Battle of Stalingrad, we get a glimpse of her Russian family life before the German invasion. Although a small-scale scene in comparison, it’s this calm before the storm that adds a huge amount of emotional weight to her arc and makes her feel like a fully fleshed-out character. The credit here can be shared between the poignant writing and Bailey’s masterful performance – understated when it needs to be, but explosive when the occasion calls for it. It’s just a shame that the same attention isn’t paid to the other members of the team in this regard.

Polina has the standout mission in snowy Stalingrad – it’s one that puts all of her sharpshooting and stealth skills to the test. The war-torn city has a deathly post-apocalyptic atmosphere to it that doesn’t feel too far removed from another game series Bailey appeared in not too long ago. This section showcases the best bits of Vanguard with a big emphasis placed on movement in sections. Polina has the added abilities of being able to climb certain walls and squeeze through small gaps at pace, and that can turn certain encounters into a Hell on Earth version of Doom at times: you have to vault and jump around architecture, dodging and decapitating foes.

What We Said About Call of Duty: Black Ops Cold War’s Single-Player Campaign

Call of Duty’s moment-to-moment gameplay is still primarily a well-dressed shooting gallery, but Black Ops Cold War succeeds in making its quiet time a defining part of its experience rather than just a deep breath between the loud and explode-y sequences. Its story is less successful at leaving a Black Ops 1-level mark, but the importance placed on finding and deciphering evidence as well as the multiple endings give good reason to stick with it beyond its typical six-ish-hour runtime. – Ryan McCaffrey, November 12, 2020

Each of the four heroes possesses their own perks, such as Jackson being able to highlight enemies through smoke and foliage and slowing down time to execute them Red Dead-style. But none feels quite as fun or fluid as Petrova’s added movement capabilities. It kind of just made me wish that I was playing as her the whole time, rather than switching back to her less interesting comrades. Especially when all the best missions are hers.

On the whole, the list of missions is solid if not spectacular.

On the whole, the list of missions is solid if not spectacular. A couple of other highlights include an exciting dogfight during the Battle of Midway and a tense farmhouse encounter after you drop in solo the night before D-Day during Operation Tonga. It’s a sequence that is visually stunning and not only pays homage to war cinema, but also Call of Duty’s own storied history: Tonga played a key part in the original game in the series back in 2003.

All in all, though, there’s just not the variety in mission design that we’ve come to expect from a Call of Duty campaign, especially when compared to the heights that both the Modern Warfare and Black Ops series have reached. You’ll have boots on the ground running from objective marker to objective marker for the vast majority of Vanguard’s brief five-hour runtime. That’s quick even for a Call of Duty campaign – according to HowLongtoBeat.com, this is roughly tied with Black Ops Cold War as the shortest in the whole series. There just seems to be some missed opportunities here, especially when it comes to an almost complete lack of vehicles or special “one-off” weapons to use during big moments. It’s especially mind-boggling that you’d play a mission as one of the Desert Rats during The Battle of El Alamein (one of the most famous tank battles in history) and not get inside a tank once.

That being said, Vanguard’s gunplay is of a very high standard and is as snappy as you’d expect from Call of Duty. You’re propelled through levels with an emphasis placed on pushing the enemy rather than taking cover and holding your ground. The ability to now slide left to right while mounted on cover is a very welcome addition for when the rare time to hunker down does arise, though.

Emphasis is placed on pushing the enemy rather than taking cover and holding your ground.

Guns feel distinct from one another; ranging from the suitably rickety recoil of the MP40 to the satisfyingly powerful kick of the Kar98. The sound design is also on point as bullets whizz past and explosions ring out for what feels like the full five hours. Further adding volume to these theatres is God of War composer Bear McCreary’s fantastic music, which soundtracks some of Vanguard’s most cinematic moments perfectly. A couple of standouts that stick in the mind are a soaring score that plays at the climax of the Bougainville campaign and a particularly tense piece that sounds like an orchestral Stuka bomber screech.

Every IGN Call of Duty Review

Vanguard is equally visually striking throughout too, whether that be the hostile greens of the Solomon Islands or shell flashes illuminating enemy silhouettes in the mist of nighttime Normandy. Facial animations are also noticeably impressive – it’s hard to believe many games stack up against Call of Duty when it comes to graphical quality of its cutscenes.

All these factors combine to create a wholly cinematic experience, albeit one that meanders towards the finish line. The individual missions can play it fairly safe, but when the team comes together during both the opening and closing salvos of the story, it all starts to sing. It’s just quite underwhelming that this happens rarely in Vanguard, with the stars of the show being kept apart from each other for the vast majority. There’s a lot to like here, and the ending is as satisfyingly explosive as its beginning. It just feels a few more risks could’ve been taken along the way.