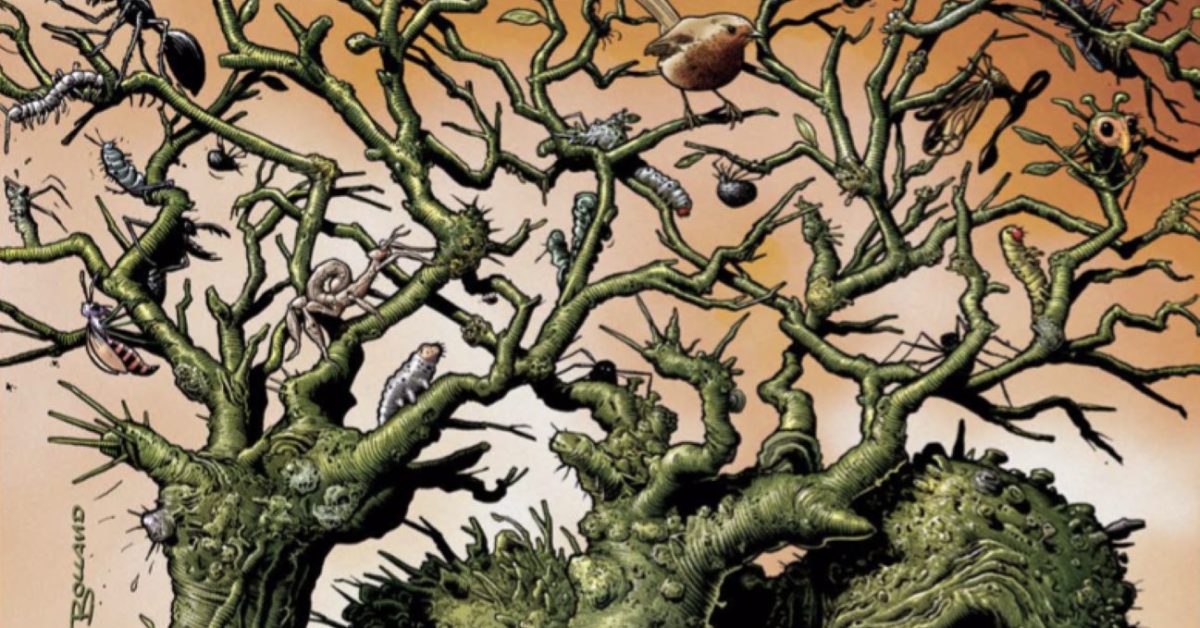 DC Comics has informed comic book stores that the current Swamp Thing series by Ram V and Mike Perkins, originally solicited as a ten-issue mini-series, will not be stopping there. DC Comics states that “The Swamp Thing has extended its roots to Season Two! Due to popular demand, December’s issue #10 is not the end for writer Ram V and artist Mike Perkins’ critically acclaimed series. Originally planned as a 10-part series, The Swamp Thing has been extended to 16 installments, with The Swamp Thing #10 followed by a short hiatus before returning in March with issue #11.”

That might help retailers make a decision over Swamp Thing #10, up for FOC this weekend, as Swamp Thing #9 went on sale yesterday in comic book stores.

SWAMP THING #9 (OF 10) CVR B EM GIST CARD STOCK VAR
(W) Ram V (A) Mike Perkins (CA) EM Gist
With the secrets of his past revealed, Levi returns home despairing in the knowledge that his brother Jacob, now the villain Hedera, is the cause of the contagion within the green. But the brothers opposed are only a symptom of a greater rift within the Green itself. Does the world care for its human denizens or are they an infection to be purged?
Retail: $4.99 In-Store Date: 11/2/2021

SWAMP THING #10 (OF 10) CVR A MIKE PERKINS
(W) Ram V (A/CA) Mike Perkins
As the battle between Levi and Jacob comes to a head, the future of the Green—and so of all living things—is embroiled in existential conflict. And there are those who have learned to look for windows of opportunity in conflict. The true nature of Prescot’s machinations will become apparent even as their actions will put into question the very nature of the world we live in.
Retail: $3.99 FOC 11/7/2021 In-Store Date: 12/7/2021