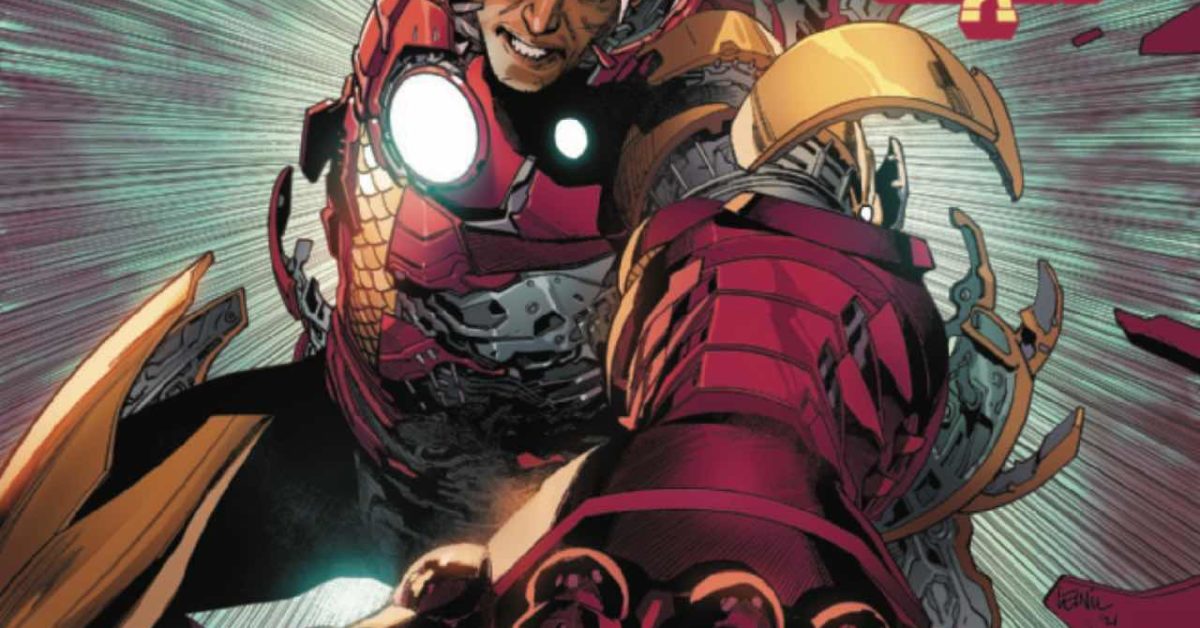 When you have dozens upon dozens of costumed adventurers working hundreds upon hundreds of desperate battles against evil, sooner or later, those plans may run afoul of each other. In Shang-Chi #5, the newly cinematic master fighter falls under the suspicion of established “heroes,” and that leads to some problematic elements.

Shang-Chi’s father was the head of the Five Weapons Society, a massive, international criminal organization with five branches, each named for a deadly martial discipline (Dagger, Hammer, et cetera) and headed by one of his children. When that father died, Shang-Chi inherited control and decided to change the family business from crime to … well, sort of “not crime,” and working to help people. Yes, this is the exact same gag as Agents of Atlas, just without a giant dragon. In any case, Shang-Chi’s newly repurposed collective of martial artists has done some … admittedly questionable things for the right reasons. That leads to some ironic circumstances when the Five Weapons Society is offered the chance to buy a very special briefcase full of weapons.

Gene Luen Yang’s script is very clever in the way it shows Shang-Chi — who has no extraordinary durability or power — using his extraordinary training and preparation to outwit master criminals and a futurist genius alike. Likewise, the artwork from Dike Ruan, Triona Farrell, and Travis Lanham showcase some fantastic fight scenes (including a classic martial arts movie trope that’s very fun) and savvy uses of elements of continuity to create a wonderful tapestry.

There is a problematic element: Iron Man plays a role not just of an aggrieved victim of larceny but setting up an elaborate ruse to investigate where a simple conversation might have gotten better results. This is only vexing because of some of the people who went along with it, people who know all too well about the weight of unfair accusations. Yang’s script plays this element without self-awareness, giving these characters the weight of their privilege in being “other than” Shang-Chi, using it as their justification. At this point, it’s hard to say if this is a good story point that will give the titular character a chance to prove himself better than those who doubted him. Or just another case of that old fragility and Karen-ing people who might benefit from a fifth of the grace these characters have known for decades.

Shang-Chi #5
By Gene Luen Yang, Dike Ruan
MEET THE NEW IRON MAN … SHANG-CHI?! A weapons dealer offers up a stolen Iron Man suit to Shang-Chi’s organization. But will Shang-Chi take it to use in his war against crime? And what will Tony Stark have to say about it?!

SDCC ’21 Day 1: A new context for old friends
Halo Infinite: it will soon take you six games to earn a battle pass level, instead of 20
The Return of Wytches by Scott Snyder and Jock For Hallowe’en 2022
Pokemon Brilliant Diamond & Shining Pearl – Secret Base statues Mystery Gift
Marvel Reveals Mephisto Plans For Avengers Anniversary