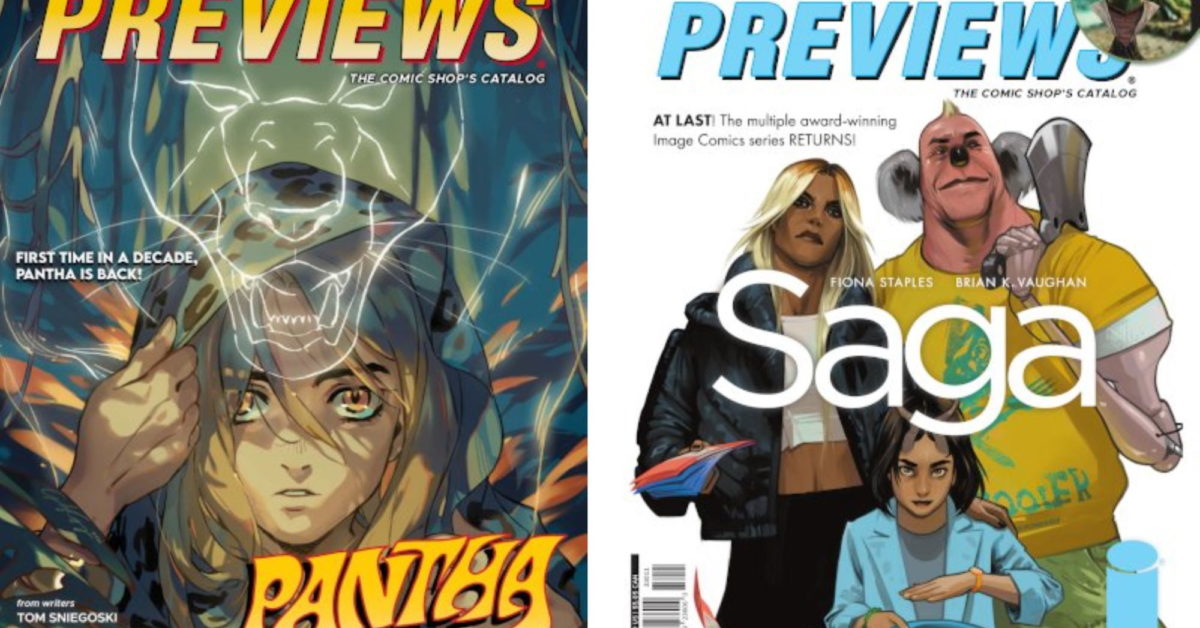 Diamond Previews time! As Bleeding Cool scooped a month ago, Dynamite Entertainment is relaunching the Pantha series, “Once a cruel Pharoah, now cursed to transform into a savage beast, Dynamite Entertainment’s Pantha returns in a new series from Tom Sniegoski, Jeannine Acheson, and Igor Lima” and on the front cover of next week’s Diamond Previews catalogue. While the back cover spotlights the return of the second half of Fiona Staples and Brian K. Vaughan‘s Saga from Image Comics with the long-awaited Saga #55.

Final Fantasy XIV Players Get 7 Days of Free Game Time as Compensation for Login and Congestion Issues
Uncharted: Legacy of Thieves Collection – Details on the remastered bundle
Nick Offerman Joins The Last of Us HBO Series Cast as Bill After Con O’Neill Bows Out of the Show
Jak and Daxter turns 20 – Reflections from PlayStation Studios and friends
Meet Old Woman Buffy in This Preview of Buffy The Last Vampire Slayer