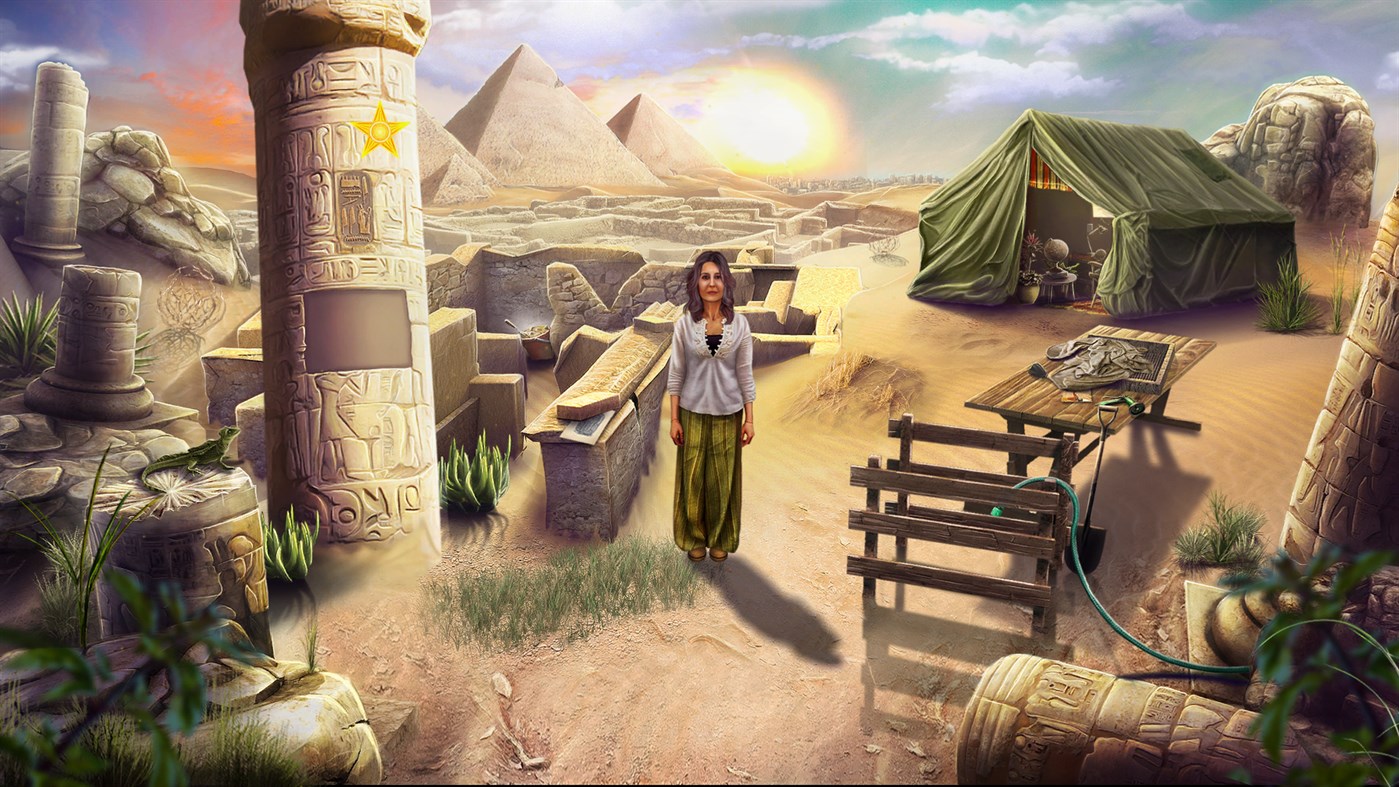 Having spun the wheel, Artifex have chosen the Demon Hunter series to get a sequel. On PC there have been four of them, but on Xbox we’ve only seen two, and Artifex Mundi have cunningly filed off the title numbers to avoid confusion.

The previous in the series, Demon Hunter: Revelation, came out in February 2021, getting a 3.5/5 from us, with a commendation for being a greatest hits of hidden object games. Unusually, though, it didn’t really have any distinguishing features. Series like Family Mysteries, Grim Legends and Nightmares from the Deep have their calling cards, but Demon Hunter didn’t really have one. There were demons to hunt, of course, but demons and necromancers are commonplace in virtually every Artifex game.

It puts Demon Hunter: Riddles of Light in a strange position. What does it carry over from Revelation? What makes it a ‘Demon Hunter’ title? As it turns out, Artifex Mundi and developers Brave Giant have effectively said “sod it” and just started again. Does it have demons? No it doesn’t. Are you a hunter of some kind? Nope. Does it share characters with the rest of the series? Nuh-uh. Shall we just go time travelling to Ancient Egypt and have fun with Horus, Ra, Seth and the rest? Why the ruddy hell not?

Artifex do this occasionally, where they’ve clearly focus-grouped a theme that resonates with its player base and chucked it into one of their established series. So, what we have here is an extremely lightweight, GCSE-level version of Ancient Egypt which touches on some of their pantheon and what they represent. We can’t recall a hidden object game that’s adopted that theme, so let’s run with it. We’re in.

You are an archaeologist named Lila, and you’ve been sent a parcel which contains a fragment of the ‘Gauntlet of Horus’, along with a cryptic message that “darkness has been awoken”. So, you’re winging it to Egypt with your aunt Dawn (confusingly named, as the lead in Revelation was a different Dawn), who promptly gets abducted by Seth, the God of Wars, Chaos and Storms (thanks Wikipedia). They leg it through a portal to Ancient Egypt, and you follow behind.

So, it’s your conventional tale of ‘woman loses aunt to Ancient Egyptian god in a time-travel caper, then befriends the rest of the Egyptian pantheon to reforge a gauntlet, wake Horus and take Seth down, recovering said aunt’. While it might sound out-there, it’s by-the-numbers Artifex Mundi. You almost always play a woman who loses a female friend to an evil spirit, then goes on a mission to recover her, saving her moments before a ritual is completed. And so it is here, with Ancient Egypt dress-up.

As a story goes, it’s entirely forgettable, save for a satisfying segment towards the end where you’re running errands for the Egyptian pantheon. We would have liked to see more of the gods in the flesh, rather than wander around their chambers, but we got a kick from seeing Anubis and Bastet, for example.

But let’s not knock the theming, as it adds a completely inauthentic but fun layer onto everything. Puzzles involve hieroglyphs and scarabs. You get to riddle with a Sphinx. The graphic adventure stuff gets stirred in with ankhs, gold feathers and ceremonial daggers. It’s a Disneyland interpretation of Ancient Egypt, but it’s a giggle.

The puzzle mix is weighted heavily towards hidden object games and environment interactions, rather than minigames or puzzles. It has them, just not very many of them. That weighting works well with us personally, as hidden object puzzles are what separate an Artifex Mundi title from other adventure and puzzle games.

But when it comes to hidden object puzzles, Demon Hunter: Riddles of Light is surprisingly flawed. On three separate occasions, the menu of objects that we needed to find was pitch black and extremely hard to see. We’re going to go out on a limb and say this was a bug: we don’t think it was meant to be this way. On a couple of occasions we had to blindly choose objects, and that’s unusual for an Artifex game.

Darkness is a common theme throughout, actually. We play on Expert nowadays, as we’re getting to be old hands at Artifex games, but so many items were tucked away in the dark and poorly pronounced. Casual difficulty will prompt you to these items with a sparkle, but we turn our nose up at that much help. In Demon Hunter: Riddles of Light we were randomly clicking around rooms more than we’re used to.

These problems aside, Demon Hunter: Riddles of Light is fine. Much like Revelation, it does a job. The hidden object games are varied, using virtually every trick in the Artifex handbook, from using a magnifying glass, to using a torch, to tidying a lazy merchant’s ship. Puzzles are all familiar, outside of a Sokoban-one in the last third, which felt new and fresh. And we had a little smile to ourselves as we checked off all of the graphic adventure cliches. Lila gets captured not once but twice, and has to find a way out of jail both times. And you will have more ropes, flint stones and daggers to use than ever before.

Our feelings towards Demon Hunter: Revelation continue with Demon Hunter: Riddles of Light. There’s almost nothing new here, particularly if you’ve played more than a couple Artifex Mundi hidden object games. There’s not even any distinguishing features in the Demon Hunter brand, to separate it from other Artifex series.

While it’s a quality step down from Demon Hunter: Revelation, welcoming in some bugs and item-highlighting issues, Demon Hunter: Riddles of Light is slightly more colourful. It’s a half-remembered Ancient Egypt lesson, and – once you add in the hidden objecting – that was more than enough to entertain us on a lazy afternoon.

You can buy Demon Hunter: Riddles of Light from the Xbox Store for Xbox One and Xbox Series X|S