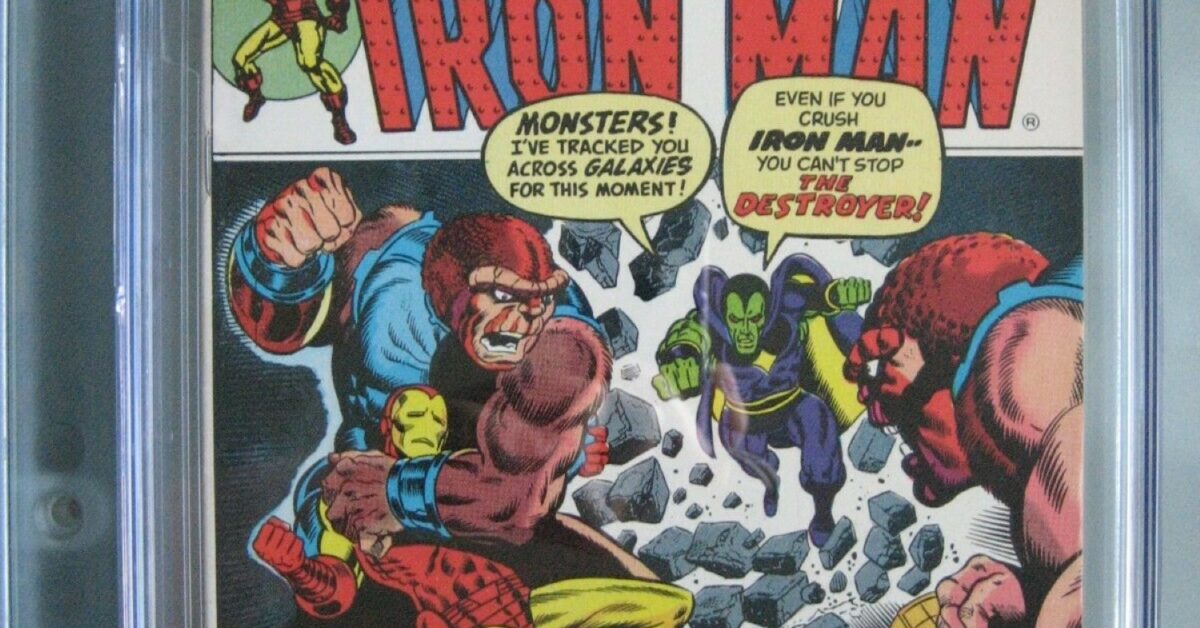 Invincible Iron Man #55 is the first appearance of Thanos, from writer/artist Jim Starlin and, as a result, has been a collectible comic book for quite some time. Though since the events of Avengers Endgame and his death (twice), maybe the shine has come off its topical appeal. It’s also the first appearance of a few other folks, including Drax The Destroyer. Well, thanks to people going to the premiere for Eternals and mentioning things that they really shouldn’t do on social media, it seems that for other reasons, the comic is back in demand.

So not exactly huge stellar price increases, but certainly bringing the book back to the prices it used to get, and presumably keeping it at that level going forward. Maybe more when Eternals is out properly for everyone? You can do your own googling if you want to find more.

Eternals telling the story of an immortal alien race, emerge from hiding after thousands of years to protect Earth from their evil counterparts, the Deviants, directed by Chloé Zhao, who wrote the screenplay with Patrick Burleigh, Ryan Firpo, and Kaz Firpo. It stars an ensemble cast including Gemma Chan, Richard Madden, Kumail Nanjiani, Lia McHugh, Brian Tyree Henry, Lauren Ridloff, Barry Keoghan, Don Lee, Harish Patel, Kit Harington, Salma Hayek, and Angelina Jolie. Eternals premiered in Los Angeles on the 18th of October, and will be released in cinemas in the United States on the 5th of November and in the UK.