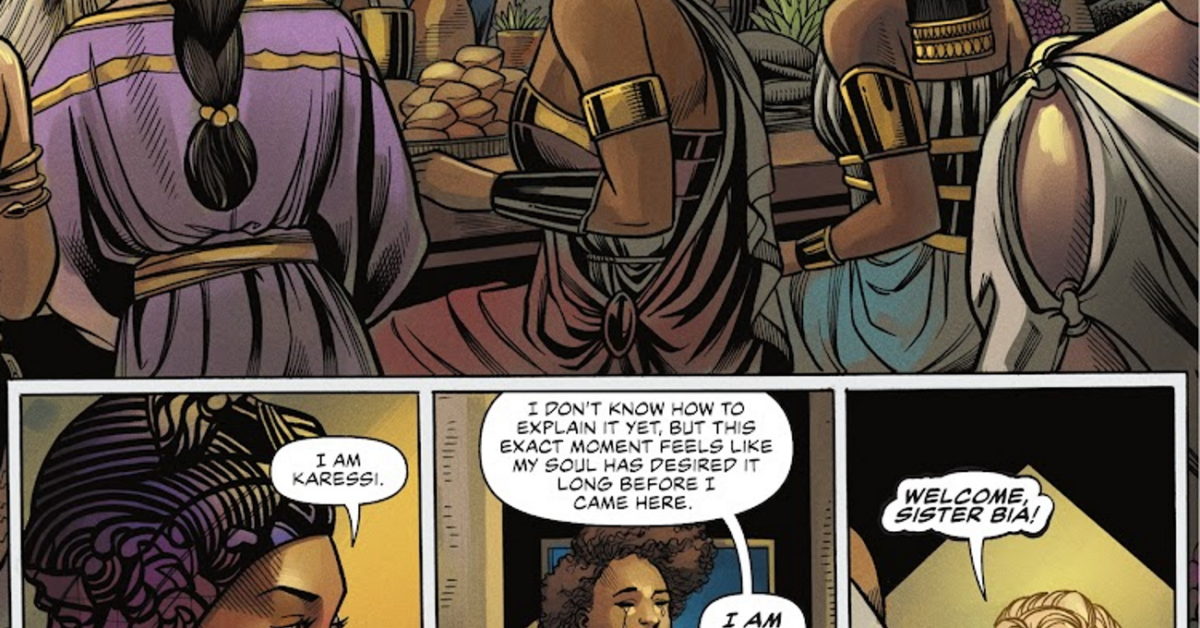 This week, DC Comics launched the new series Nubia And The Amazons, by Vita Ayala, Stephanie Williams, and Alitha Martinez. It features classic DC Comics character Nubia, the new Queen of Themysceria, Paradise Island, in the absence of Wonder Woman.  It depicted The Well Of Souls from which Themyscyria welcomes new sisters as citizens of Paradise Island, souls of women who died from violence in Man’s World, reincarnated as Amazons. Some wondered if there were suggestions that they may include trans women among the reincarnated.

Vita Ayala added “We didn’t want to make An Announcement because we wanted to introduce the character in an organic way, but it is not a secret! We are glad people picked up on it, but if y’all hadn’t we would have made sure to say it so it wasn’t hand-waveable subtext! This was written, drawn, colored, lettered, and published with the full support of our team. This project is incredibly special to us, and we are grateful to be involved in it!”

NUBIA AND THE AMAZONS #1 (OF 6) CVR A ALITHA MARTINEZ
(W) Vita Ayala – Stephanie Williams (A/CA) Alitha Martinez
After the thrilling events of Infinite Frontier, Nubia becomes queen of Themyscira, but the new title also brings challenges. With the unexpected arrival of new Amazons, our hero is forced to reckon with her past and forge a new path forward for her sisters. Little does she know, a great evil grows beneath the island and it’s up to this former guardian of Doom’s Doorway to unite her tribe before paradise is lost forever! This unforgettable miniseries from writers Vita Ayala and Stephanie Williams, along with all-star artist Alitha Martinez (Future State) brings the fan-favorite character back to the DCU for good. After Nubia, the world of the Amazons will never be the same! Retail: $3.99 In-Store Date:10/19/2021