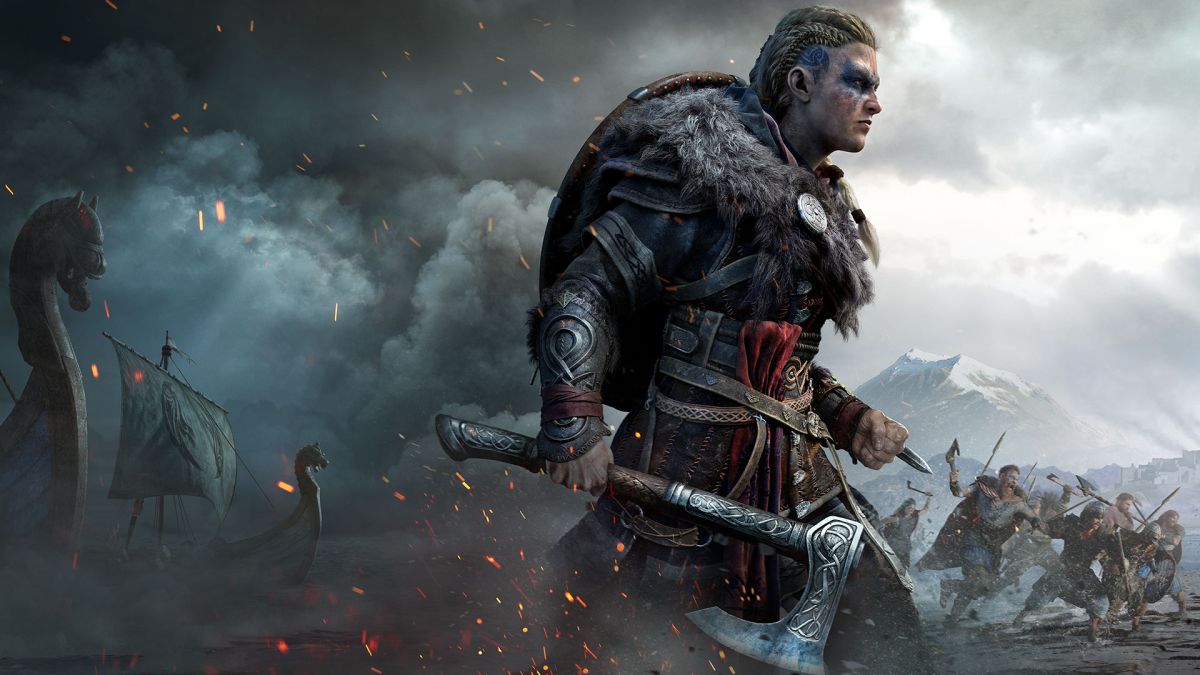 You’d think after a lengthy love affair with The Witcher 3 and a surprisingly busy 2020 that I wouldn’t have time to play Assassin’s Creed Valhalla, let alone finish it once. Between Immortals Fenyx Rising, Watch Dogs: Legion and Far Cry 6 the Ubisoft fatigue has well and truly set in—never mind that I’m knackered looking after a baby, too.

After struggling to embrace Odyssey, I wanted to give the Assassin’s Creed series a final go with Valhalla, mostly because playing as a redhead Viking and smashing England to pieces was too good an opportunity to miss. It was the first PS5 game I owned, too, and became the final game I’d play for non-work reasons before my chonky baby boy arrived, making it a more notable entry to my backlog.

The discourse around massive open-world RPGs will never end, but I am firmly in the camp of I think they’re worth the price because of their value for money. That is: I can spend tens of hours playing it and return whenever I want, rather than feeling cheated out of £60 for an eight-hour title. And oh boy, did I get my money’s worth out of Valhalla. As a new mum, I didn’t think I would have time to breathe, let alone play any video games. It might have taken six months, but I finally finished Valhalla in May—just in time to play the Mass Effect Legendary Edition, but that’s for another story.

It took me 76 hours and 37 minutes to complete the main campaign, as well as finish everything off in Asgard. As it stands, I’m almost at 120 hours, having dived into both DLC like an eager beaver. By all accounts, I should hate Valhalla. I find the AC timeline confusing, boring and weird. Yet in 120 hours, a little over two hours of my time has been wasted dealing with strange AC bullshit. It’s mostly been battering guys with my hammer, patting every single cat I see and being distracted by endless yellow and blue dots.

Much like The Witcher 3, the map is massive and filled with activities, so it feels super overwhelming fast. As someone who struggles with a bit of executive dysfunction, I should be running to the hills, yet nothing gets my attention and focus like a good fantasy RPG. Endless quests to do? Stupid jokes? A strangely addictive mini-game? Orlog is no Gwent, but once you get the hang of it, you’ll be rolling dice for hours.

Valhalla does not easily slot into the life of a working mum or guide writer. It is the antithesis of the guide writer life; a foreboding omen that lurks in the corner. Who has time to enjoy such a massive game when Ubisoft are releasing new titles, Elden Ring is right around the corner and Deathloop booted its way through the door? My poor Herculean, giant and comely leader is wasting away in Crusader Kings 3 as we speak, unable to contribute to his father’s dynasty. But here’s the secret: with games like Valhalla, you always make the time for it.

Whether it’s an hour before bed or a late-night weekend session, when you get engrossed in an open-world game you love, you’ll always find the time to play it—or replay it, as Harry does with Skyrim. That’s the power games like Oblivion, The Witcher 3 and Valhalla have over me—there are magic, swords, terrible one-liners and super attractive, gravely voiced protagonists to enjoy. Well, maybe not in Oblivion, but you get the picture. I love cuttin’ about in the Normandy as FemShep and romancing the mandibles off Garrus, but fantasy realms are where it’s at.

There was a big Witcher-shaped hole in my life that Eivor stepped in with her big boots and no bullshit attitude and in truth, after spending months in isolation with a new baby, she became a sort of friend. I cared about her relationship with Sigurd, her struggles with morality with Odin looking over her shoulder and, of course, romancing everyone I could get my hands on. Her confidence and enthusiasm made me smile and gave me something to think about as a woman who struggled to adjust to her new life as both maw and wife, while her cynicism and wit made me cackle as, like me, she is a bit of a bastard.

Despite my earlier joke, I’m not one of those Scots who despise the English, though our tap water is far superior. It was a lot of fun to see places I’ve been or are familiar with on the map, imagining if that’s how they really looked back in the ninth century. Ireland and Paris were equally beautiful and as someone who previously lived in France and studied medieval French, the overall tone and misery of Paris felt spot-on for the time period. Here lies the other reason I went so hard for Valhalla: I love me some history from between the eighth and twelfth century. Big nerd for it, probably quite unsurprisingly.

“But it’s not even that good!” Look, mate, I don’t care. I don’t care if you don’t think it’s the best one, or that you thought the DLC was terrible. Valhalla was there when I needed it and did exactly what a video game is supposed to do: it entertained me, it made me feel something and it comforted me. I could quiet my mind and focus on something other than endless washings, worrying about my baby and the pandemic. I could swing my big hammer, throw axes at people and have loads of sex— you know, stuff I can’t do in real life. Plus, what else am I supposed to do while I wait for the PS5 Witcher update, play Cyberpunk 2077? Please.