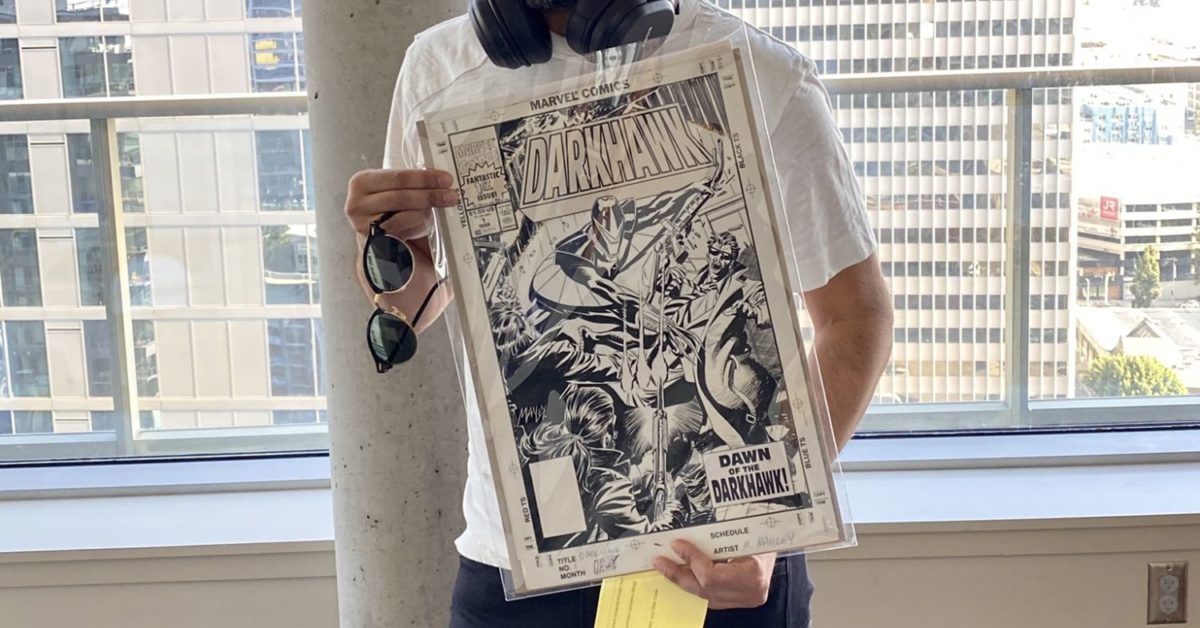 It later transpired that this was not the original artwork to Miracleman #1 but a later recreation by Garry Leach. Which led to much gnashing of teeth. Des Skinn, the original publisher of Warrior Magazine, who has the idea to revive Marvelman and hired Garry Leach and then Alan Moore to revive and remake the character, posted on Facebook in a response to Donny Cates’ original tweet posted by Glenn Miller.

Donny’s manager Doug Peters of Comic Sketch Art told Bleeding Cool “There was a misunderstanding, at purchase, about the pieces published originally. This misunderstanding was rectified shortly after purchase and the dealer had no issue with the return of the piece. It was settled amicably with no hard feelings on either side.” Well, someone is committing to keeping the bit going. Dinesh Shamdasani, former President of Valiant entertainment, now of Bad Idea Comics and Hive Entertainment posted his own acquisition, saying “I might have just f-cked around and bought the original cover art to DARKHAWK #1! c/o DC”

Donny Cates replied “This is a lot of commitment for a bit that like three people are going to understand” for John Layman “I get it.”

Darkhawk #1 was published in March 1991, created by Tom DeFalco and Mike Manley. The character appeared in a series of self-titled comics from 1991-1995, then recurred in several limited-run series and multi-title events in the years since, including New Warriors. The character’s origin is based on a link between a human character and an android from another dimension known as Null Space. There have always been rumours of a TV series of movie, and Marvel just started a new Darkhawk series written by Kyle Higgins.What does Dinesh know that we do not? And how many more people will do this pose?