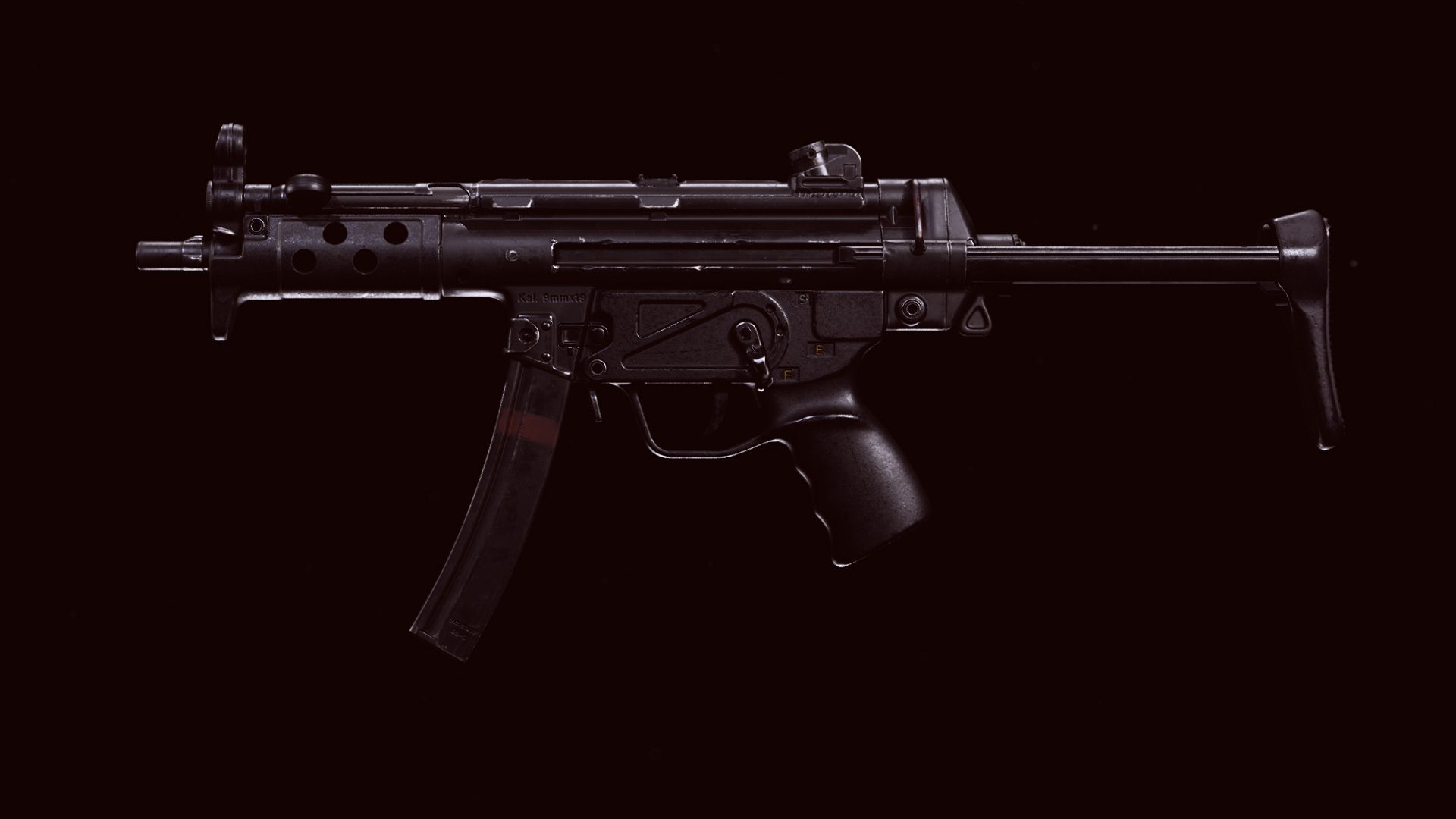 Want to know the best MP5 Warzone attachments and setup? It’s no surprise that one of the strongest submachine guns in core multiplayer is also one of the best SMGs in Warzone. Whether you own Black Ops Cold War or Modern Warfare, you should have two MP5s in your arsenal. No need for confusion, though; we’re here to help you get the best out of both weapons with mods.

Both MP5s are relatively easy to unlock; the Cold War MP5 is available from level 4, and the Modern Warfare MP5 at level 12. Though the differences between the two weapons may seem minor, if you’re looking for the competitive edge in Warzone Season 6, it’s worth sticking with the Cold War MP5. The CW MP5 has a faster time to kill speed and it features higher mobility stats.

Both are excellent choices for a secondary weapon – you’ll want to use the Overkill perk to run your chosen MP5 with a long-range weapon too; we recommend incorporating them into a Kar98k loadout. An assault rifle combo also works well with the MP5, so consider picking the Cold War AK47, QBZ-83, or FARA 83 loadout.

The Agency Suppressor will extend your damage range like the Monolithic. Arguably the most important trait of the Agency Suppressor is that shots won’t appear on the mini map when you fire at an opponent – this is crucial in the final stages of the game where players tend to avoid any difficult battles. The Raider Stock drastically improves the CW MP5’s mobility, though this comes at the cost of some hip fire accuracy.

This weapon can be devastating when firing at close range, so we’ve gone for the Tiger Team Spotlight to increase the weapon’s hip fire accuracy. Aiming down sights is still important, which is why we’ve included the Serpent Wrap to buff your ADS time. The Salvo 50 Rnd Fast Mag feels like a necessary addition to the CW MP5 as the stock magazines are far too small.

We prefer the Monolithic Integral Suppressor over the Monolithic – it’s got better velocity and improved range. The 5mW Laser will help your hip fire accuracy, allowing you to barrel around corners at full speed and land the majority of shots in close-quarters fights. The Merc Foregrip provides crucial buffs to your aim down sight speed and recoil management. Besides, the iron sights on the MP5 are so good you really don’t need an optic.

One of the MP5’s most frustrating qualities is its slow reload time and small default mag size of just 30. The 45 Round Mags are an essential addition. Finally, the FTAC Collapsible increases the MP5’s already impressive mobility, though this does come at the cost of aiming stability and recoil control.

Nvidia Confirms Existence of Refreshed RTX 2060 with 12GB of Memory
First Spider-Man 2099 in Amazing Spider-Man #365, Up for Auction
Xbox Console Exclusive Action RPG, The Ascent, Has Been Rated for the PS5 and PS4
Star Wars #107, The Final Marvel Comics Issue From 1986, On Auction
Monogatari: Nisioisin’s Works in New Humble Bundle Offering