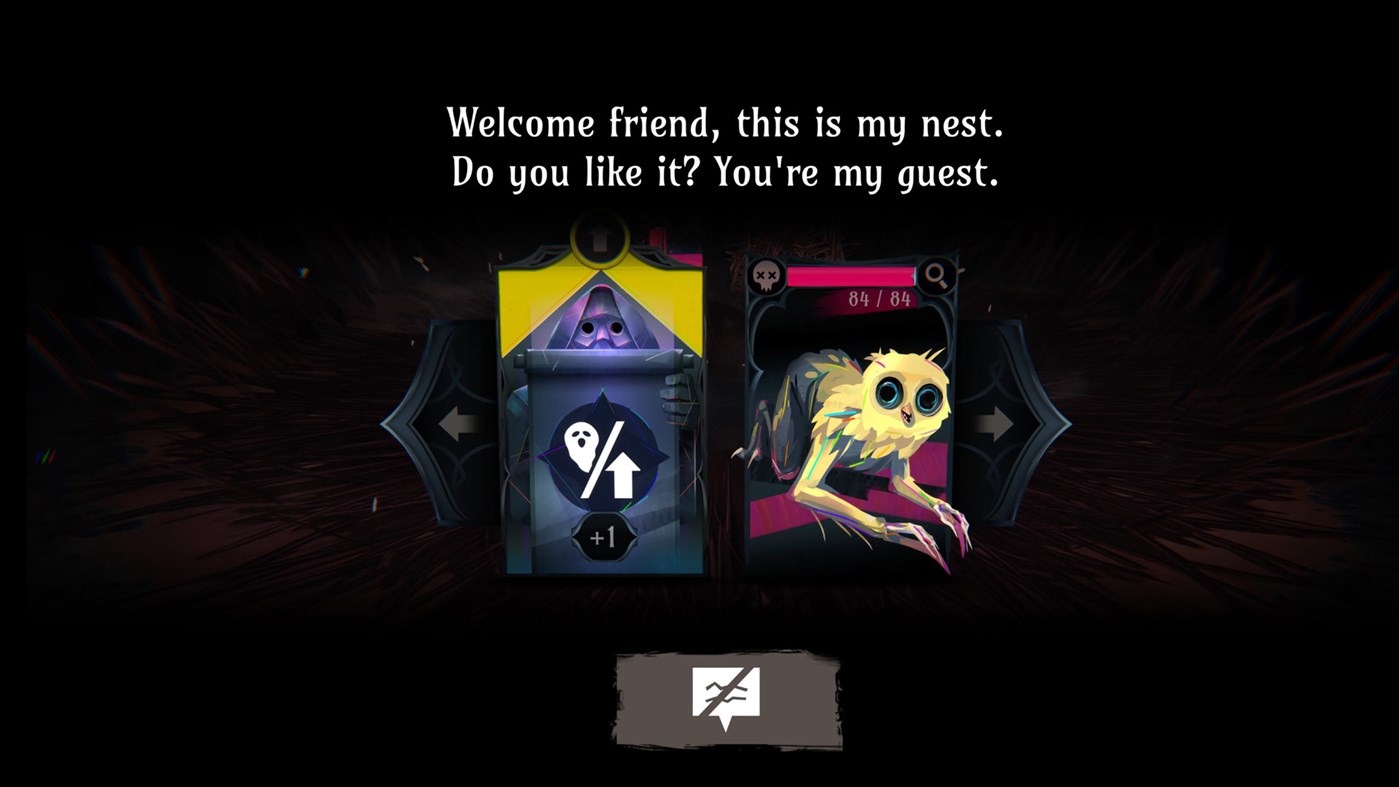 Arriving on Xbox and PC today as well as jumping straight into Xbox Game Pass is the turn-based roguelike Ring of Pain. A card game where the encounters come to you!

Dive into randomly generated dungeons to enter the Ring of Pain. Being turn-based allows you to properly strategise your next move in advance. But, be prepared to switch plans on the fly as it wont be long before the Ring of Pain catches you in one of its many, many traps.

Bring the fight to the ring though and fight fire with fire. Sneak, scavenge and stab in the back to find your escape. Across 16 main dungeons fight your way to the end to find the spoils within. As you progress, lore will be given to you in the form of rhyming poetry.

Ring of Pain also has several different modes to help mix up the action. A daily dungeon will apply one of over 25 modifiers to keep you on your toes, and there are another 25 special dungeons filled with even more strange loot and encounters. Beat all these and then take a stab at Hard mode; an unlockable difficulty for those who thrive on pain.

Keep yourself in the fight for as long as possible with over 180 items to unlock and combine for use in the dungeon. Adapt to the changes of the Ring of Pain; sometimes a hasty retreat isn’t the worst idea.

Not just a side effect of a curry from the night before, now the Ring of Pain is an Xbox Game and available to download from the store right now priced at £16.74. Or Xbox Game Pass subscribers can download it too without paying a penny. And stay tuned, we’ll have a review of just how painful it can be very soon.

Enter the Ring of Pain… Delve into randomly generated ring dungeons where encounters come to you! Observe and plan your route. Will you go for the loot or backstab a creeping horror? As you scavenge, fight and sneak to new encounters, the ring reacts to your actions. Play as fast or slow as you like in this challenging, turn-based roguelike. Just be careful where you tread – You may find yourself ambushed, or worse… See the outcome of your choices so you can focus on decisions. Creatures broadcast their actions in a hostile environment, ready to erupt. Will you flee or find a way to use the dungeon against itself? Positioning is key to survival. You can be quickly overwhelmed… Mimics offer you a choice for a price. Take what you can hold and build a combination of gear with passive powers. Maybe you’ll be quick and evasive, with an acid soaked blade. Or maybe you’ll be a brute force juggernaut, or a fireborn damage sink with an affinity for explosions. Buy your way to power or adapt with what you scavenge in these unforgiving depths. Deep in the Ring of Pain you will discover new paths into the unknown. Places with new friends, powerful loot, and cryptic rhyming lore. Find pleasant reprieve and howling terrors best left undisturbed. The brave may be rewarded for their risk… or crushed by their ambition. In darkness, careful where you tread. What was unknown now fills with dread. Features – 16 Core path dungeons plus 2 branching endings to test your final build. – Hard mode to unlock for those who thrive on pain. – A Daily Dungeon mode to unlock with 25+ puzzling modifiers. – 25+ Special dungeons to detour through, filled with loot and strange encounters. – 4 Environment regions with their own flavour of terror. – 180+ items to unlock and combine in a 15 slot inventory. – 40+ Creatures to learn and adapt to. Some friendly, some fierce… – Responsive turn-based mechanics so you can play swiftly or strategically. – Cryptic, poetic lore delivered in bite sized rhymes. – A raw graphic art style inspired by Aphantasia. – Cute frog friends