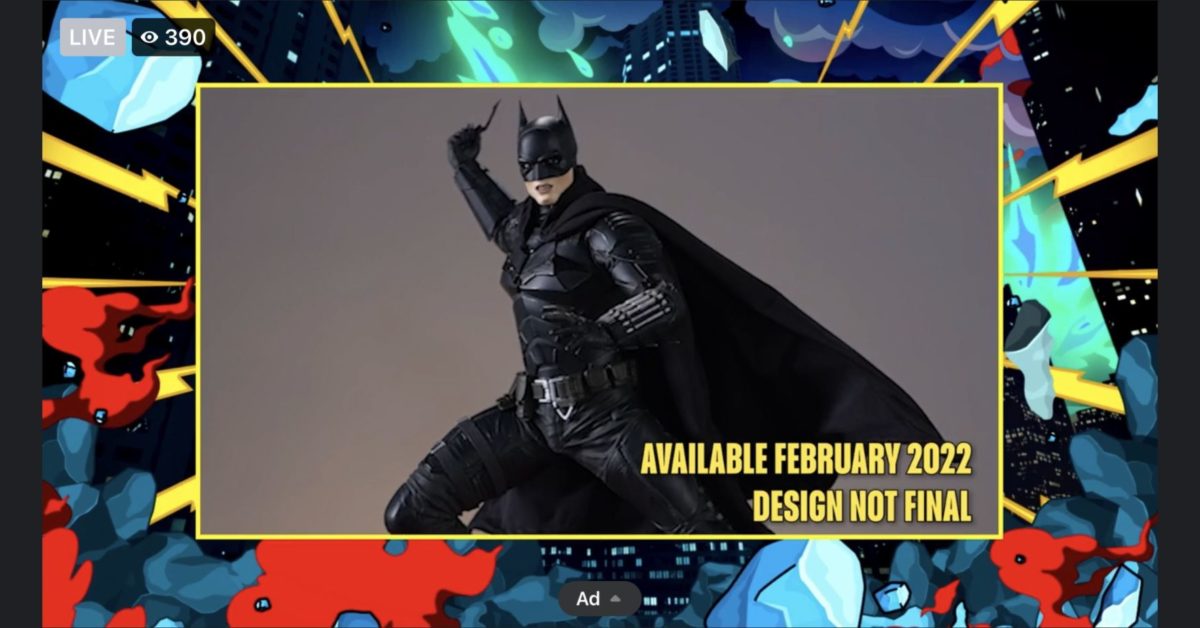 DC Fandoms has arrived, and so far, it has been an interesting ride full of behind-the-scenes and IOU’s. There are a lot of DC Comics projects in the works with plenty of live-action and animated TV Shows on the way and more additions to the big screen. While we all patiently wait for a brand new trailer for The Batman, it looks like so is McFarlane Toys as they announce they are working on a statue from the film. McFarlane Toys announced that they would be acquiring DC Direct’s statue line giving collectors the continuation of some popular series. These include Batman Black & White, Harley Quinn Red, White, and Black, and DC Direct Designer Series statues. Many fans were sad to see these statues vanish after the disposal of DC Collectibles a couple of years ago. However, McFarlane Toys is resurrecting these lien sand gives fans a first glimpse at some of the pieces at DC Fandome.

As seen above, Purple Craze Joker and Gotham by Gaslight Batman will seemly be starting off as some of the new statues coming soon. Everything DC Comics fans want returns, and it is better than ever with Mcfarlane Toys behind the wheel. The Batman Black & White line has over 100 statues in its line and I can expect plenty of more to arrive. It looks like we will start to see this DC Direct partnership arrive in 2022, which is also the year with the arrival of The Batman. This Year One story is the first time we are getting this story on screens, and this brutal portrayal is going to be a sweet thrill ride. McFarlane Toys has unveiled a massive The Batman statue in the works as well (seen above), created from the concept design straight from the film. Pre-orders are not live, so stay tuned for them to drop in 2022, and in the meantime, check out all the upcoming DC Comics DC Multiverse figures also coming soon from McFarlane Toys here.