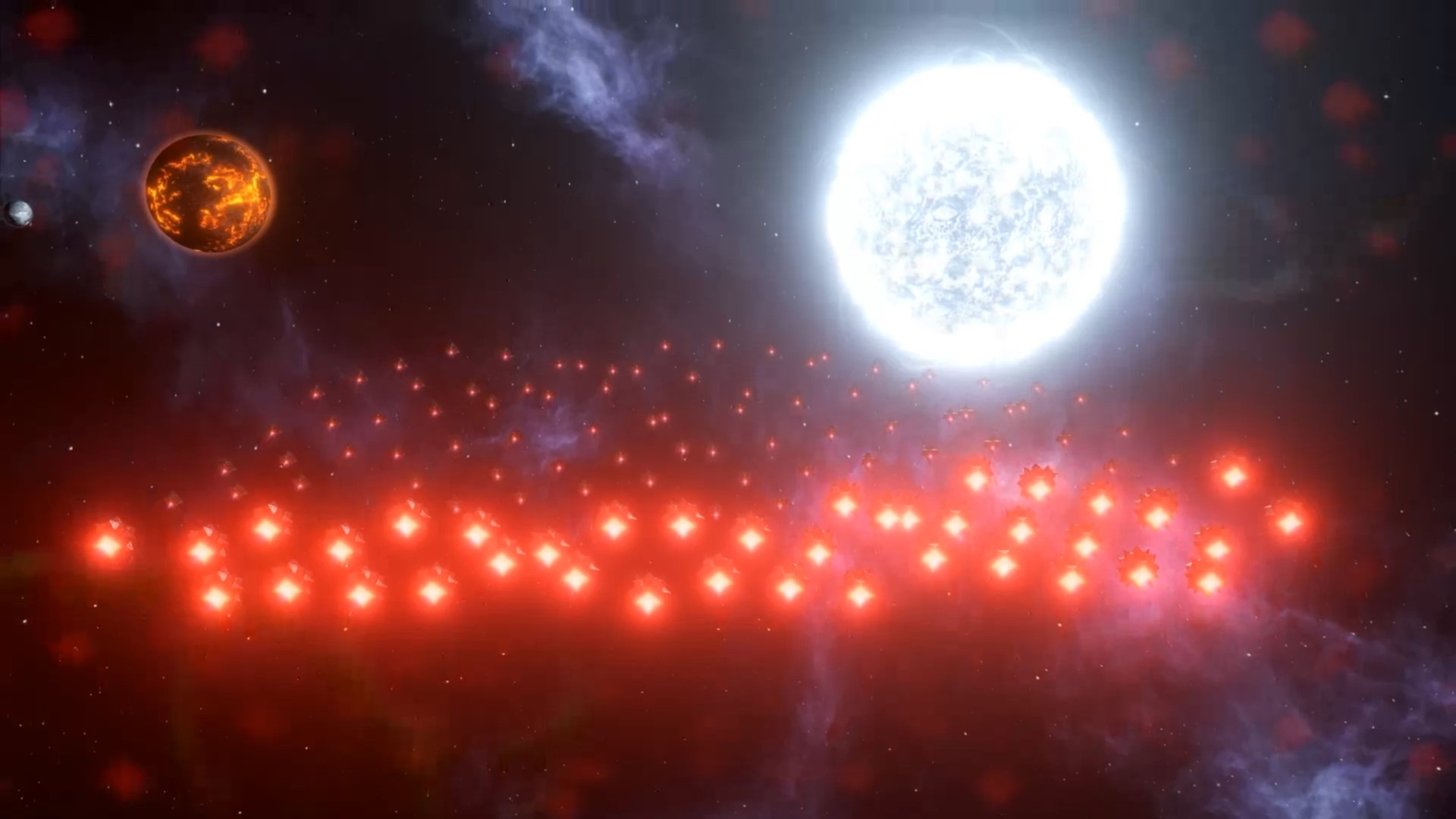 There’s a new patch out for grand strategy game Stellaris that makes some custodial updates based on the community’s reports as the big 3.1 ‘Lem’ update has settled into orbit. There are some welcome tweaks, like some additional clarity on the Clone Army origin tooltip and a fix for a crash when Clone Armies released vassals and caused an ‘invalid species.’ But perhaps the most important news can be found under the ‘known issues’ heading in the patch notes: robots are coming to eat you.

One of the remaining issues Paradox’s Stellaris team says it has to address is the fact that apparently, machine empires (introduced in Synthetic Dawn DLC) can spawn with the necrophage trait. Necrophagic species reproduce by consuming other populations, so it seems as though you could be looking at the prospect of a space civilisation of Five Nights at Freddy’s monsters next time you start a game.

Normally, machine empires are composed of self-replicating networked drones. Now it seems they can lose the ability to repair and replace themselves, and require the flesh of organic life forms in order to procreate.

So, yes, the robots are coming to eat you.

There’s good news, though: the update also includes some additional fixes and tweaks. For instance, ancient clone vats now can only spawn clone soldier pops, you’ll get the usual -50% production penalty (to alloy production) if you go into a food deficit while using the Catalytic Processing civic, and you can now move your science vessel to blow up systems during the ‘Elder One’ event.

Just watch out for the flesh-eating robots, okay?