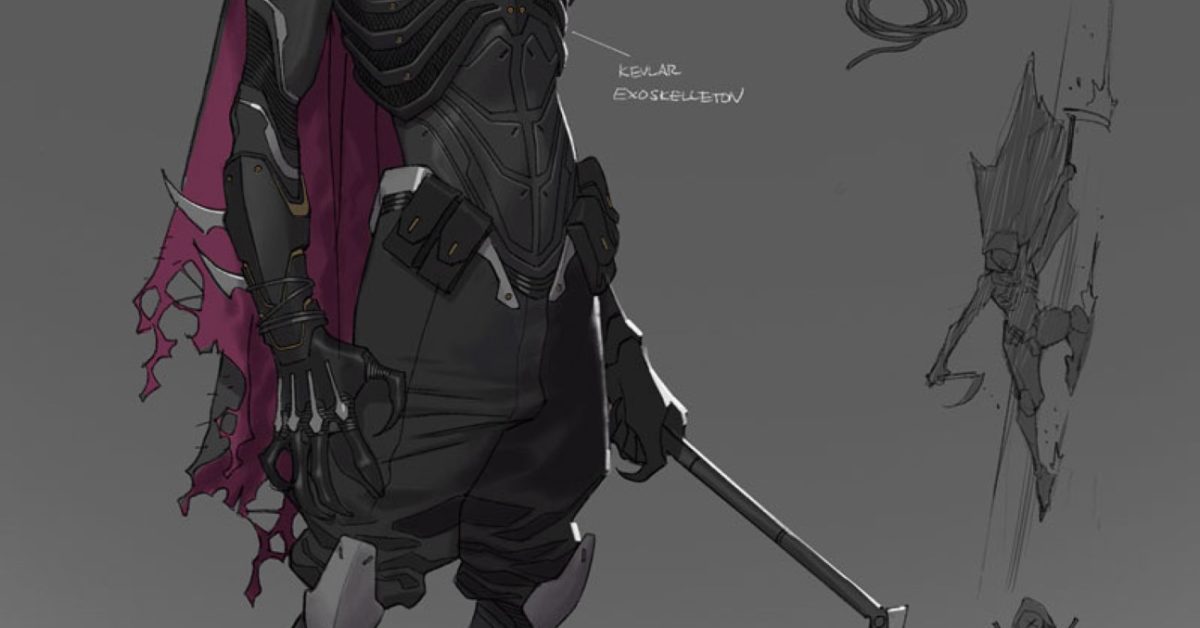 Joshua Williamson‘s first ongoing issue of Batman, in December 2021, with Jorge Molina, takes place as Batman has left Gotham, on the trail of a new mystery involving Batman, Inc., the international Batman network seemingly abandoned in recent years, and introducing a new Batman foe, Abyss. That’s Abyss, who looks a bit like this, no diss.

With a “shadow blade” scythe that can split into two knives and double as grappling hooks,  kevlar exoskeleton, LED helmet, and able to do a hero landing like they do in Iron Man, Deadpool and Black Widow, Abyss debuts in Batman #118 from DC Comics.

BATMAN #118 is on sale December 7, and the mystery deepens in BATMAN #119, on sale January 4, as Batman teams up with Batman Inc.’s new benefactor. Expect thrills and chills as Batman dives into the shadows once more.

Current Batman writer James Tynion IV wrote on his newsletter “DC had presented me with a three-year renewal of my exclusive contract, with the intent of me working on Batman for the bulk of that time. I was grateful of the offer, but I couldn’t help but look at the success of my original, creator owned titles and wonder if it was the right choice. And then I received another contract. The best I’ve ever been given in a decade as a professional comic book writer. A grant from Substack to create a new slate of original comic book properties directly on their platform, that my co-creators and I would own completely, with Substack taking none of the intellectual property rights, or even the publishing rights. Given my bandwidth, I knew I could only pick one of two contracts sitting in front of me…. I am going to be leaving BATMAN with Issue #117 in November, and THE JOKER with Issue #14 next April, with no immediate plans to write any other superhero comics in the near future. Instead, I’m going to dedicate my whole brain to building a bunch of really cool stuff on my own terms, without having to get permission from any publisher to make it.”