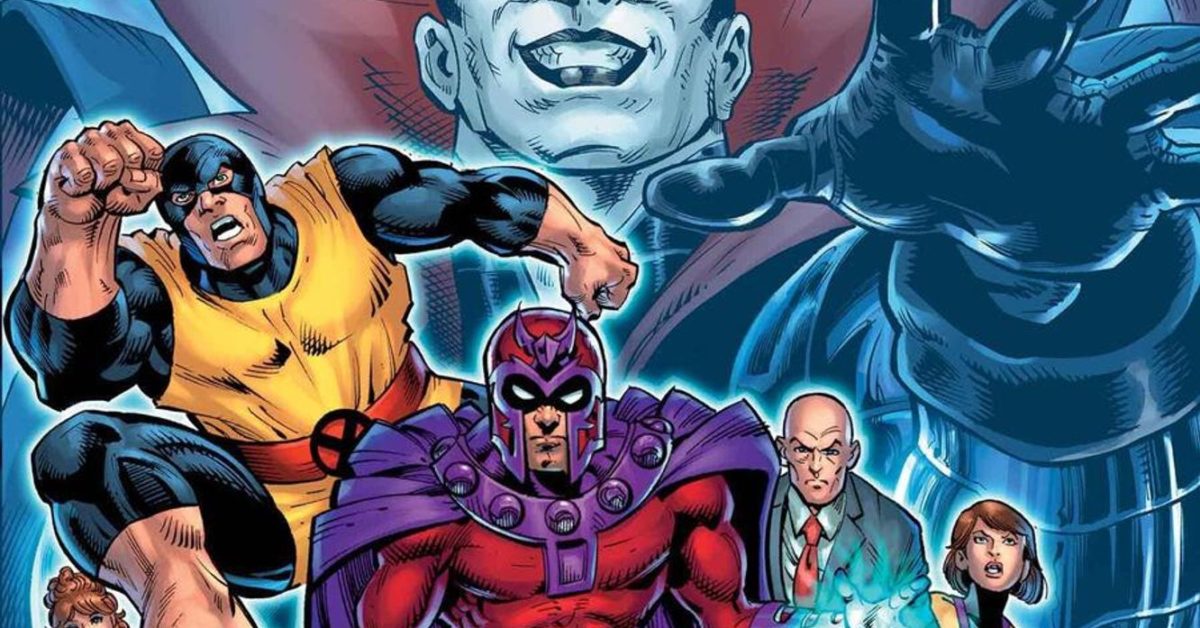 X-Men Legends has been bridging gaps, explaining obscure continuity, and bringing classic creative teams to X-Men stories for almost a year now.  In December, with issue #10, Fabian Nicieza will return to the book bringing along Dan Jurgens on artwork.  Nicieza launched X-Men Legends with a tale set during his 1990’s run on X-Men, and the writer is best known for his X-Universe writing spanning years on X-Men and X-Force, as well as work on Cable and Deadpool. Dan Jurgens is better known for his writing and artwork on Superman, creating Booster Gold, and other work for DC Comics, including his current writing of Blue and Gold.  Jurgens’ work for Marvel has included a lengthy run on Captain America and launching the Sensational Spider-Man for Marvel featuring Ben Reilly at the time and art on the Heroes Reborn: Marvel Double Action #1.  Amazingly, the two have never worked together on a comic, and X-Men Legends #10 will finally bring the two together.

For this one-shot issue of X-Men Legends, Nicieza and Jurgens, drawing an X-Men comic for the first time, will focus on Mr. Sinister as he gathers together Professor X, Beast, Magneto, Moria MacTaggert, and Amanda Mueller to discuss mutant evolution.  Looking at the costumes being worn, the tale takes place during the early X-Men era and will show the first interactions of Professor X, Magneto, Moria MacTaggert, and Beast with Mr. Sinister.  None of these four characters was present in Uncanny X-Men #221, Mr. Sinister’s first appearance. No major interaction has been shown between Mr. Sinister and these characters until later on. (Beast was present during the X-Men crossover Inferno, but the two did not have any major interaction.)

Amanda Mueller, however, has a lengthy past connection with Mr. Sinister.  First appearing in the Fabian Nicieza written Gambit (1999) #13, Amanda Mueller, known as Black Womb, was a 19th-century mutant who provided Mr. Sinister with mutant infant genetic material and has made several appearances in X-Men books as an ally and adversary of Mr. Sinister. Considering the characters being used, such as Beast, Mr. Sinister, Magneto, and Professor X, and their current importance on Krakoa, this issue should provide some relevant backstory for these characters’ earliest interactions in X-Men Legends #10.

The original press release follows below:

X-MEN LEGENDS, the extraordinary series that gives X-Men’s greatest creators the chance to revisit their historic runs, has already wowed X-Men fans with revelations like Adam-X’s true lineage, new motives for Apocalypse’s earliest battles, and more! And this December, startling secrets of the X-Men mythos continue to be exposed when ’90s X-Men writer Fabian Nicieza returns to the series to introduce the Eighth Circle! Nicieza will be joined by legendary comic book artist Dan Jurgens, gracing the world of mutants with his iconic talents for the very first time!

Professor X. Beast. Magneto. Moira MacTaggert. Amanda Mueller. These leading experts on mutantkind have been assembled by Mr. Sinister to discuss the evolution of Homo superior…but to what devious end?! Rest assured, there’ll be at least one dead body before dessert at this meeting of mutantkind’s own illuminati!

“It’s always fun to write Mr. Sinister, and the opportunity to broaden a storyline that never got full traction back in the day was cool,” said Nicieza. “But the real treat was teaming with Dan Jurgens for the first time, after all this time! Another notch in my belt for great artists I’ve been privileged to work with!”

“When editor Mark Basso asked if I’d be interested in drawing an issue of X-MEN LEGENDS, I couldn’t possibly say no. After all, it’s one of the few top drawer properties that I really haven’t worked on,” said Jurgens. “The fact that it was written by my longtime pal Fabian Nicieza cemented the deal. We’ve always talked about working together but weren’t able to make it happen—until now!”