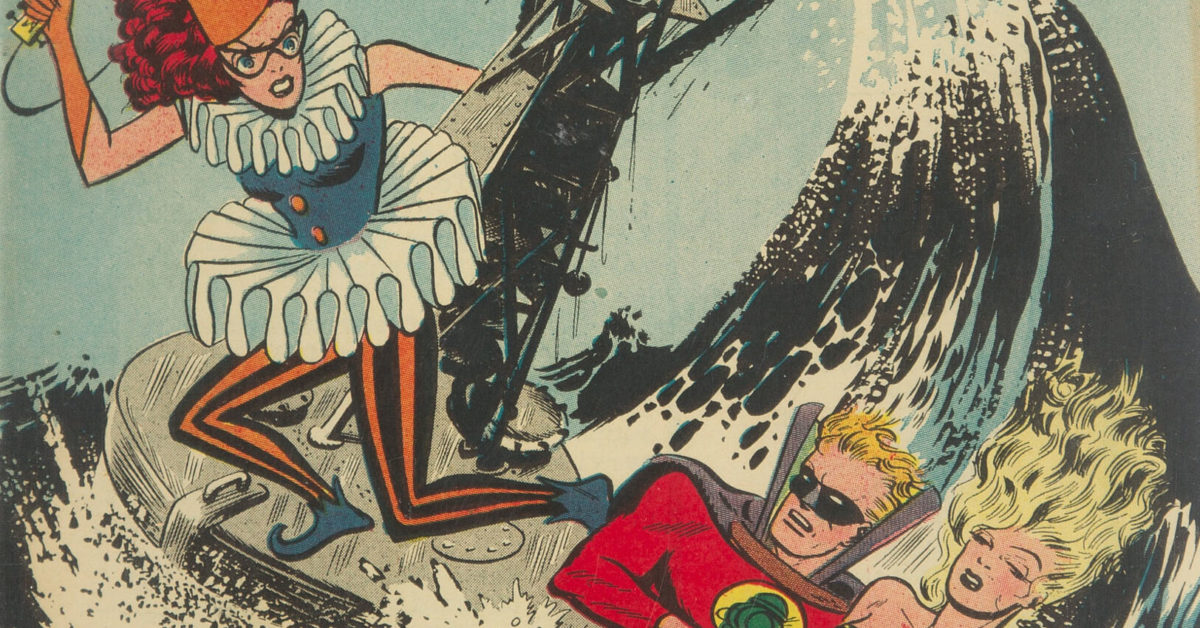 The origin moment of Green Lantern’s most prolific Golden Age villain the Harlequin is a tale of obsession not all that different from that of her modern namesake Harley Quinn.  In All-American Comics #89 by Robert Kanigher and Irwin Hasen, she is Molly Mayne, Green Lantern alter ego Alan Scott’s assistant at WXYZ radio in this story. Helping with a promotion involving Green Lantern and a character called the Harlequin for one of the radio station’s sponsors, she becomes obsessed with the hero and decides to assume the role of the Harlequin for real so she can get Green Lantern’s attention.  But as it turns out… that’s only part of the story.  A big chunk of the rest of it, which includes one of the biggest plot twists of the Golden Age, is available in several issues of Golden Age Green Lantern, in today’s 2021 July 25-26 Sunday & Monday Comic Books Select Auction #122130 from Heritage Auctions.

After All-American Comics #89, Harlequin showed up eight times in the pages of All-American Comics, Green Lantern, and All-Star Comics over the next year.  The pair developed something akin to a “frenemies” dynamic based around the notion that Harlequin’s obsession with him (and her assumption that he loved her too) meant that she spent as much time making sure no harm came to him as she did in trying to attract his attention by committing crime.

Finally, a year after her debut, the other shoe dropped in Green Lantern #34 (cover-dated September-October 1948).  The Harlequin was in reality a government agent called Operative H-9, posing as a supervillain in order to get close to and capture real gangland criminals.  At the request of the Justice Bureau, the Harlequin and Green Lantern were to secretly become partners while publicly pretending to be foes so that they could maintain the ruse and ensure more actual criminals.