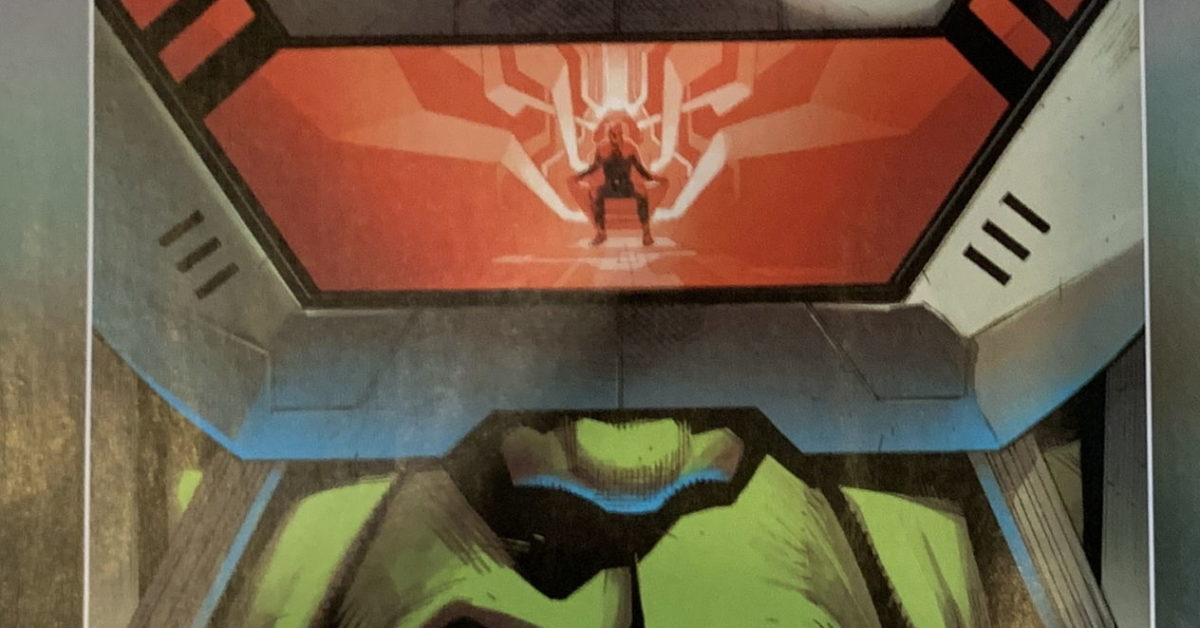 In October, Marvel published Immortal Hulk #50, the final issue of the Al Ewing and Joe Bennett run, critically acclaimed and a commercial hit, which continues as a spinoff with Gamma Flight. In November, Donny Cates and Ryan Ottley create a new Incredible Hulk #1, which takes the character into a brand new direction. But what direction?

The Avengers/Hulk Free Comic Book Day comic book arrives in comic book stores on August 14th. Okay, well, clearly it has arrived now, but it will be available then. And it seems to be promising a bit of a new look. As well as how he got it. And where the Hulk will be going next.

Where did he go? Out. What did he do? Everything.

FCBD 2021 MARVEL GOLD AVENGERS HULK #1 (NET)
MARVEL COMICS
APR210008
(W) Donny Cates, Jason Aaron (A) Ryan Ottley, Iban Coello
In a land beyond time, a shining tower stands, deploying its operatives across the Multiverse to hold against the encroaching darkness! Who is the mysterious Avenger Prime, and how will his advent impact on the past, the present, and the very future of the mighty Avengers?
Exclusive Original Material
Rating: Teen In Shops on Free Comic Book Day 2021

This November, the Hulk will return in an all-new ongoing series by acclaimed writer Donny Cates, known for his revolutionary work on VENOM and THOR, and superstar artist Ryan Ottley of AMAZING SPIDER-MAN and INVINCIBLE! This unstoppable team of some of the industry’s greatest talent will helm a bold new era of Hulk that begins when Bruce Banner discovers a radical way to control the monster within. Could this mark the final end of the Green Goliath? Or will the extreme solution create something new—with massive consequences? Prepare to dive deep into the very core of Hulk’s rage in this thrilling epic that will explore this iconic character’s incredible—and destructive—legacy in a way no one has dared to before. “Marvel just gave me the keys to the strongest one there is,” Cates said. “Haha… oh boy. You guys are just not ready for this. You’re about to find out what happens when Ryan Ottley and I get angry… and guess what? Well… pretty sure you’re gonna like us a lot when we’re angry.” Fans can get their first glimpse at what’s in store in this year’s Free Comic Book Day title, FREE COMIC BOOK DAY: AVENGERS/HULK (2021) #1, available at participating comics shops on August 14. In the meantime, check out the main cover and stay tuned for more information on this explosive upcoming era of Hulk!