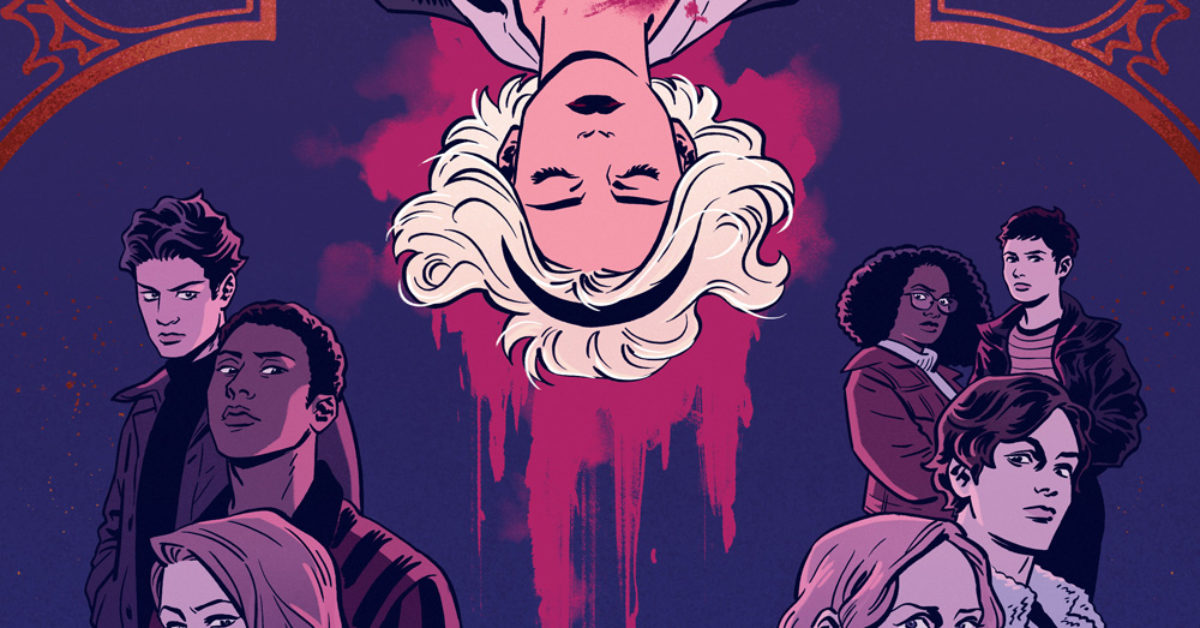 There’s no solicit or release date for The Occult World of Sabrina yet, but a press release describes it thusly:

Aguirre-Sacasa will also open the doorway to hell with another new comic book series that picks up where the final episode of Netflix’s hugely popular television adaptation left off. Launching later this year, THE OCCULT WORLD OF SABRINA features art by Audrey Mok (ARCHIE, JOSIE & THE PUSSYCATS) and will include characters and storylines from the “Chilling Adventures of Sabrina” television series, on which Aguirre-Sacasa served as showrunner, writer, and executive producer. Fans of both the comics and the television series will be on the edge of their seats as they welcome back Sabrina, Nick, Harvey, and the rest of the Fright Club for the first story-arc, “A World Without Sabrina.”

“WITCH WAR” Part 3: “The Sacrificial Lamb” – Sabrina has brought Harvey’s body back to life (along with her father’s soul). But there is a cost to everything. Unless she wants the Gates of Hell to open, Sabrina must find a person to sacrifice in Harvey’s place. But wait…Sabrina would never kill someone, would she?

Cover to The Chilling Adventures of Sabrina #9 from Archie Comics

Cover to The Chilling Adventures of Sabrina #9 from Archie Comics

Sure. Great. But you know what would be really impressive, Archie? Get someone to adapt The Occult World of Sabrina as a TV show, and them make a new comic out of that.

Samurai Warriors 5 Review – Flashy Sengoku-Era Fun (PS4)
Kena: Bridge of Spirits Delayed to September to Allow the Team Time to Polish the Game
Captain America Urinating On US History- What Will Dean Cain Say?
Neo: The World Ends With You is the perfect belated follow-up to a cult classic
BLAST names WePlay Esports as CIS broadcast partner