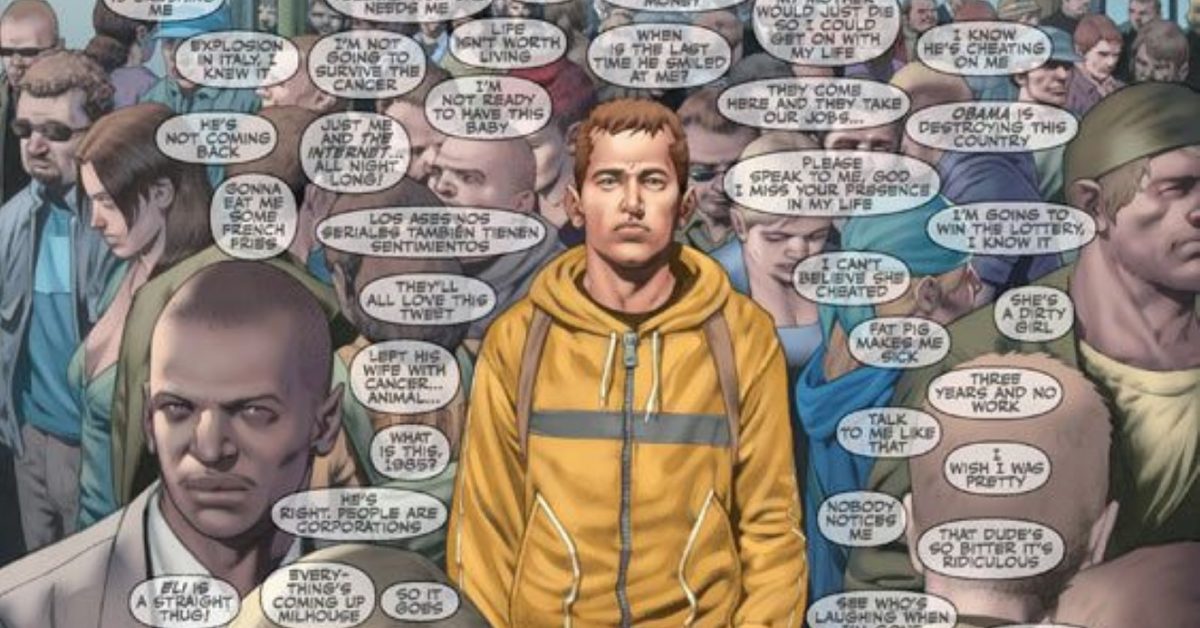 The revived Valiant Entertainment in 2012 had quite a litany of established comic book creators coming on board to give new life to the likes of Bloodshot, X-O Manowar, Harbinger, and the like. But how did they get them? It was, in part, courtesy of the likes of Dinesh Shamdasani, Warren Simons et al. making promises that if the series took off and got multi-media exploitation, they would share in that success. To that end, Property Royalty Pools were created for each Valiant property so that if a studio bought in, everyone involved would get a payout. So when Joshua Dysart and Khair Evans rebooted the teenage psychic superhero team Harbinger for Valiant Entertainment, and when in 2015 Sony took out options on Bloodshot and Harbinger, Dysart tells us he received two cheques over two years totaling approximately $20,000. Which isn’t bad for purely reviving a pre-existing property.

Then Paramount Studios bought out the Harbinger option entirely in 2019. Paramount would have paid Sony to cover some production costs, and we understand likely paid Valiant a sum in the neighborhood of $1.8M ($2.5M minus Sony’s $500k original option and other costs associated with the transaction). However, Dysart noticed that he received no further payment. Valiant was fully taken over by DMG a few years ago, forcing Shamdasani and others out of Valiant. Dysart tells Bleeding Cool that “Since the DMG takeover, I have not received a single check from the Property Royalty Pool and was not even told by the company that Harbinger was sold.”

Dysart has tried to reach out to multiple people at Valiant, is told that they are looking into it, but then hears nothing. Since then, he has had Valiant editors approach him offering him work, but when he asks about the Royalty Pool again, they clam up, and he heard nothing until the next inquiry. He tells Bleeding Cool, “I joined Valiant and did that work, not for a page rate but because they promised we would be part of a team of collaborators, and as such part of an inclusive royalty program that would allow us all to share in the profits we helped make.” Valiant did not choose to reply to questions asked by Bleeding Cool.

However, Bleeding Cool did get a look at the contract which, regarding the royalty pool, states in the opening paragraph that such payments shall be “allocated to Talent (if appropriate) by Valiant at its sole, absolute and unfettered discretion and goes onto repeat that the determination over what is eligible for payment is made in “Valiant’s sole, absolute and unfettered discretion.” This language might allow Valiant to make any — or no — payment.

From what Bleeding Cool has been told, people involved in the original deal believe that proceeds from the new Paramount contract should have paid out to the Harbinger royalty pool. But they are no longer involved in the company and have no say. Of course, Jim Shooter, who co-created almost all of the characters and books involved back in 1989, including Harbinger, tells Bleeding Cool he never received anything from anyone regarding any version of Valiant after he left the building…

We reached out to Valiant last month when we first were made aware of the issues, and again yesterday, with no response. Khari Evans also chose not to comment.