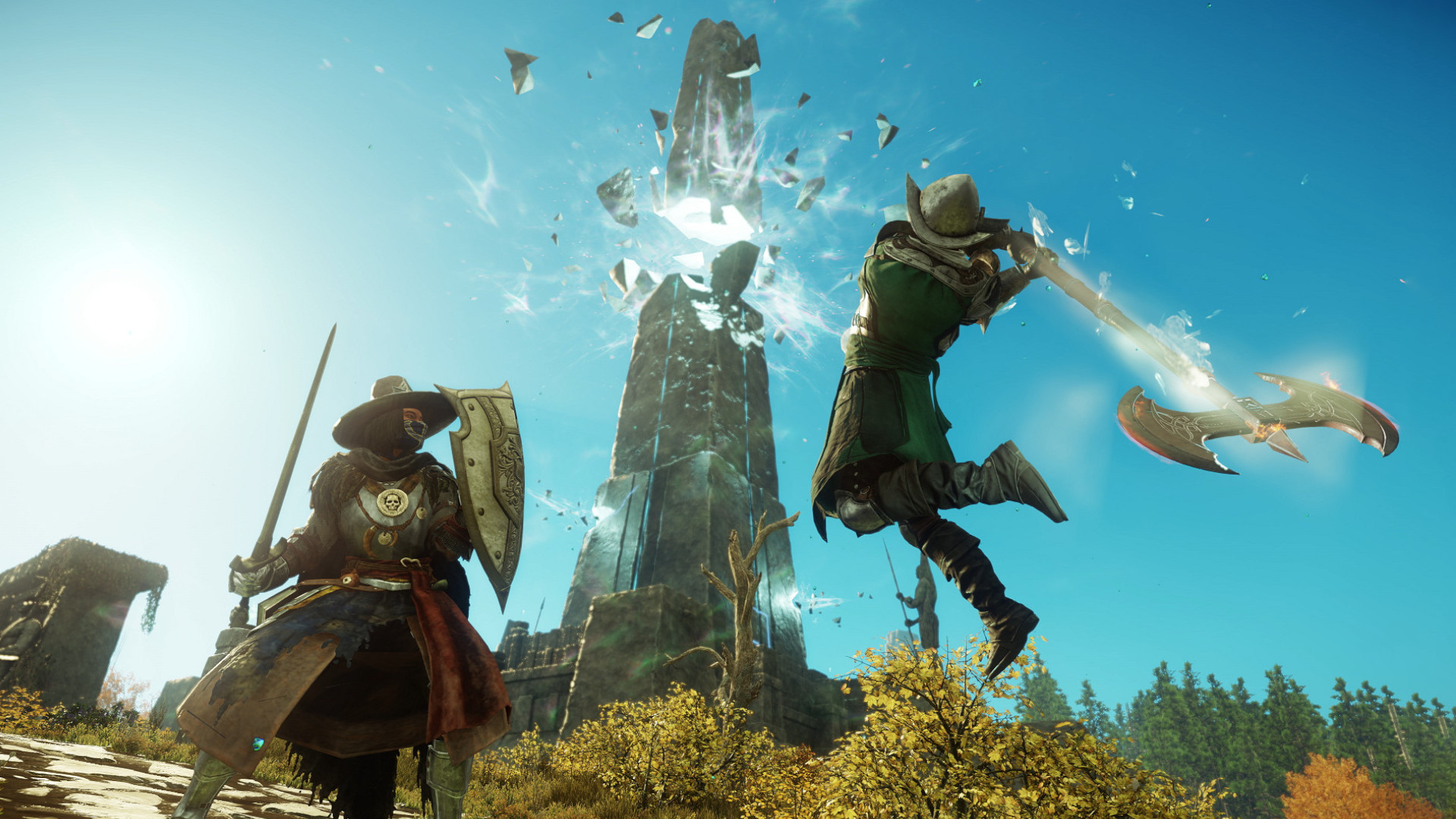 The latest project from Amazon Game Studios, New World, has just entered closed beta, and early interest is massive. The beta reached nearly 200,000 concurrent players within hours of going live, and it’s currently the top game on Twitch by an order of magnitude. Time will tell how players ultimately feel about New World, but so far it seems like a massive turnaround from the last AGS project.

New World has reached a peak concurrent player count of 187,786 as I’m writing this, and as SteamDB shows, that number continues to grow. Over on Twitch, it’s got over 721k viewers, buoyed by some big-name streamers and Twitch Drops for some free in-game items. Even with those incentives in mind, the stat’s still impressive – well ahead of Just Chatting, with 369k viewers, and Warzone, with 246k.

For comparison, Amazon’s Crucible reached a peak of 25,145 on release day, which dipped precipitously in the weeks following launch. The game was shelved not long after.

Clearly, between FFXIV and New World, there’s a great deal of hunger for MMORPGs that don’t start with ‘W’.

The proper New World release date is set for August 31. You can follow that link for a whole lot more info on what to expect from the game.

Marvel Character Inspired by a 1954 Movie, Black Knight #1 at Auction
Here’s a substantial peek at Saints Row’s open world
FIFA Issues Statement Saying It No Longer Wants EA to Be the Only One ‘Controlling and Exploiting’ the License
Cartoon: 5,000 toy civil war soldiers, order today
Cartoon: AT&T and OAN: Your conspiracies, delivered