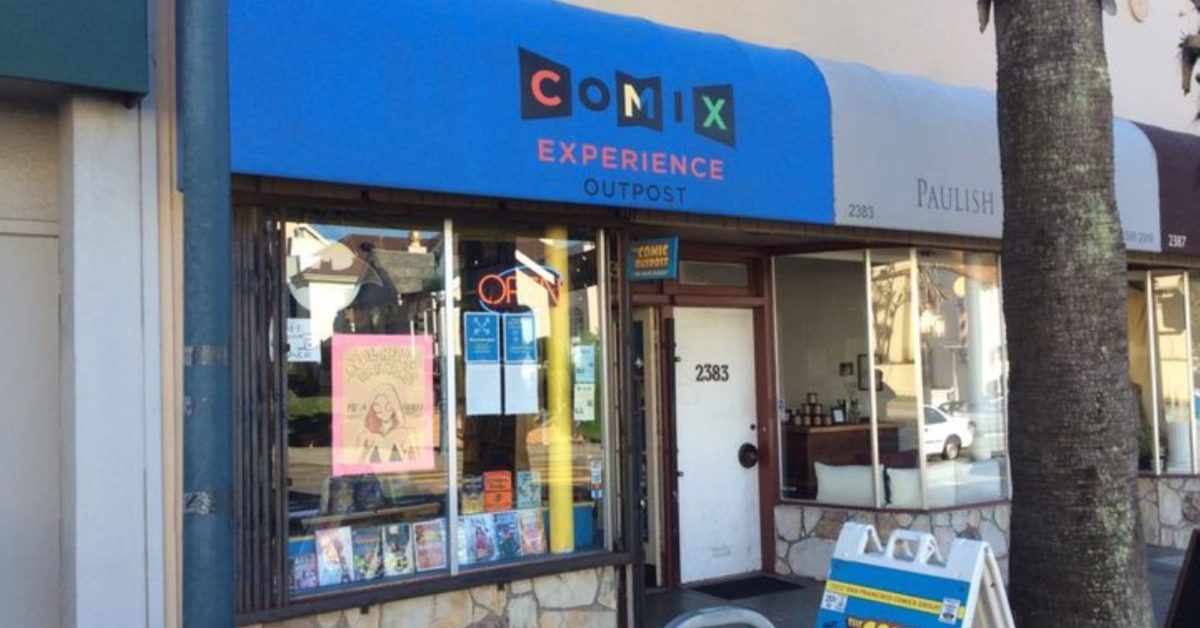 Brian Hibbs, one of the longest-serving comic book retailers in the direct market, a major voice and influencer in the industry, and the guy who successfully led a class lawsuit against Marvel Comics and won, is closing one of his Comix Experience stores in San Francisco. Just one of them, mind. He posts to Facebook;

Due to personal changes in their lives, we are losing both of our key employees at Comics Outpost on Ocean Ave at exactly the same time. While we probably could find people and retrain and fully restaff the store, we have big plans for the main store on Divisadero in 2022 that demand a lot of attention from us and really leaves us very little time to put in to the other, less-profitable, location. If only I was ten years younger!
We’ve tried to find folks to purchase the store, but have been unsuccessful, so therefore it is my unfortunate duty to inform you that Outpost will be shutting down before the end of the year. Our final New Comics Day will be October 20th, 2021. As a result of this, we will stop taking new Final Order Cutoff orders for Ocean Ave no later than the last week of September. Many products will have even earlier deadlines! It is important for you, the customer, to understand that periodical comics are ordered non-returnable, and that most reorders from major publishers are non-existent, and so San Francisco’s surviving stores really do need clear communication if you want to make sure you’re going to be able to get all of the comics you want in November and December.
WE would like to continue to earn your business however, at our flagship 305 Divisadero St. location (at Page st.) – if you are a subscription customer, it will be very easy for us to move your sub between stores and continue all of your pulls and requests with absolutely no interruptions! You simply have to let us know that you want to make that shift. In addition, we are firmly committed in making sure that every Outpost customer gets a “soft landing”, so we would be happy to transfer your records and requests to any other Bay Area store and to help make this a smooth transfer process. We hope you choose US, but we want to help ensure you continue to get your comics more than any other consideration.
It’s always hard to see a comics shop end – I opened the Divisadero St. location in 1989 and when I opened there were twenty-four comic book stores within the forty nine square miles of San Francisco. And then I bought Comics Outpost seven years ago to stop it from closing within a fortnight. Now there are about to be just six stores remaining in San Francisco, a full three-quarters drop from when I originally opened, and I don’t take that lightly whatsoever. When most comic book stores in San Francisco close, they usually close suddenly and with little warning, and I vowed I wouldn’t do that. But, stores stay open and thrive based on *your* patronage, and I strongly encourage you to strongly support the remaining local stores if you want San Francisco to still *have* comic book stores:

It’s not often that a retailer lists his competition, when he’s still in business, but here is Brian’s list.

We will provide further details as we get closer, but after that final New Comics Day of October 20th, we’ll be having a series of liquidation sales to try and get that location down to the bare walls. In the meantime, orders are going to be tighter at Outpost, given that we’re no longer ordering there with a long term in mind. If there are comics that you know you are going to want, it is 100% in your best interest to set up a subscription order to guarantee your access to periodical comics, and to make the transition to the next location that much smoother.

A number of familiar names added their take. Paul Levitz commented “Not sure I’ve ever seen a more gentlemanly approach, including listing the local competitors. Sorry to hear, Brian, but I hope the ‘big plans’ for the main store are all good and work out.” Carl Petrianio added “Man…if I was, say, 10-15 years younger, you might have had a buyer, but I am now an Old and it would be too tough. That said, my friend, this is a Very Classy move in the way you are doing it. You have always been top-notch but this shines.”