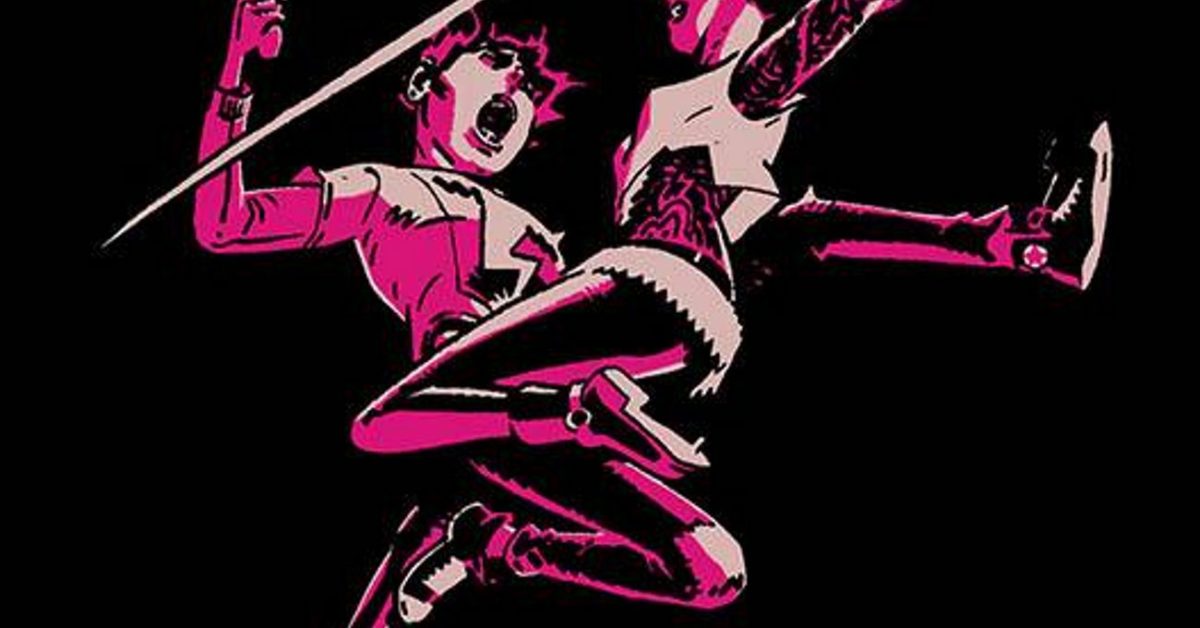 Like Scumbag, Deadly Class – also written by Rick Remender – has a skip-month in Image Comics’ September 2021 solicitations. And in (probably) October returning with a new storyline, but this one looks a little… final? Kids Will Be Skeletons, named after the Mogwai track, is described thus: “Sins must be atoned for, and few have as many sins as the students of Kings Domain. Old rivalries come to a head, and dark secrets are revealed, as the deadliest people on earth are reunited one last time.” The storyline runs from Deadly Class #49 through an extra-sized #50 for Christmas and the New Year, and concludes in Deadly Class #52.

Deadly Class by Rick Remender and Wes Craig, Jason Wordie, and Rus Wooton is set mostly in the 1980s and follows students enrolled at King’s Dominion Atelier of the Deadly Arts, a secret boarding school in San Francisco, as they train to become the next generation of top assassins for crime families across the globe. The Russo Brothers produced a TV series for Syfy starring Benedict Wong, Benjamin Wadsworth, Lana Condor, Michel Duval, and María Gabriela de Faría but, after ending on a cliffhanger, was cancelled after one season. However, the comic book storyline has been continuing the story for ten years now and the Tv series, what there was, matched that original storyline pretty closely. So for TV viewers wanting to continue the story, the really easy way to do so is to just pick up the comic books, published by Image Comics. The series went away for a year during the pandemic  – could it be going away more permanently? What are we to read into “reunited one last time”? You can also listen to the Mogwai song, Kids Will Be Skeletons, below.