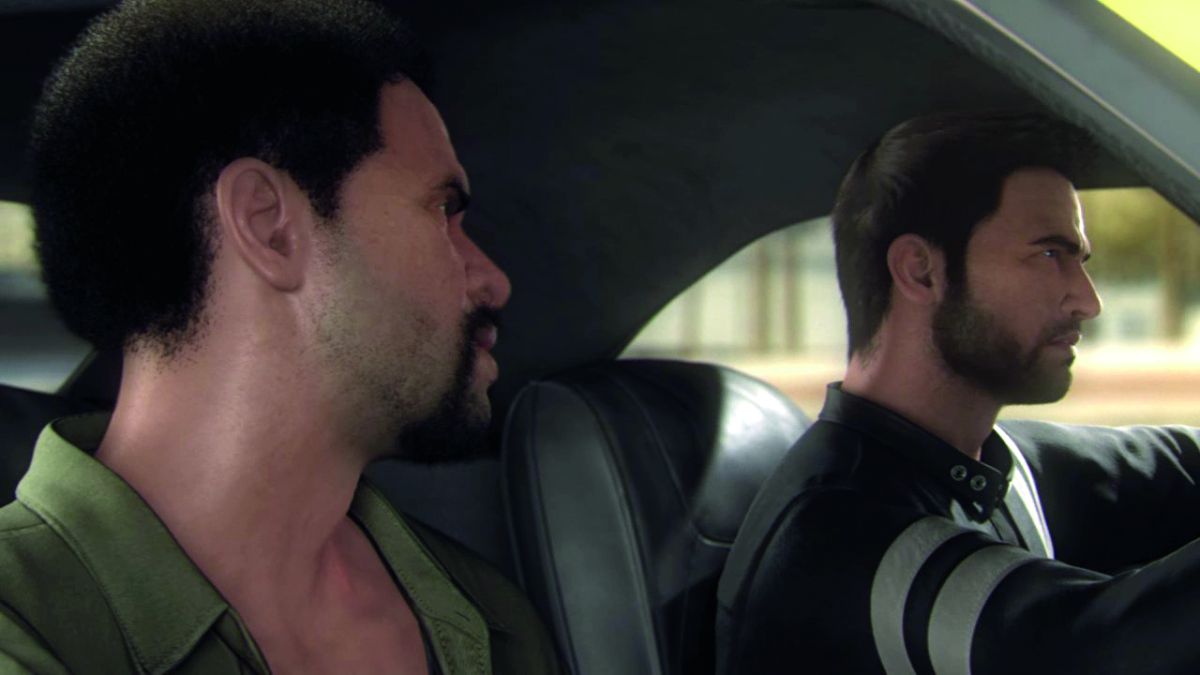 This article first appeared in PC Gamer magazine issue 358 in July 2021, as part of our ‘Positive Influence’ series, where every month we chat to a different developer about the inspirations and unexpected connections behind their work.

If you’re still seething over Driver’s infamous car park level, you might well blame series creator Martin Edmondson. But the real culprit is the film that planted the idea in his head some two decades earlier. The Driver (1978) was a crime chase thriller in which a wheelman proved himself by flinging an orange Mercedes between the pillars of an underground garage. It’s all there: the handbrake turns, the speed test, the reverse 180—even the slalom that would-be drivers found so tricky to master.

“It was actually the first film I ever went to the cinema to see,” Edmondson explains. “My dad had to go first just to check it wasn’t too violent.”

The level’s difficulty, however, is all thanks to Edmondson. “I could do that garage in just under 25 seconds,” he says. “So to me, giving you 60 seconds was plenty of time. Well, it wasn’t. If I went back and played it now I probably couldn’t do it.”

Those who did manage to get past the garage opener were treated to more ’70s car-noir. Like The Driver’s protagonist, your player character seldom spoke, and only ever saw the four walls of his motel room after hours. Tanner lived the empty life of the criminal professional, as exemplified by Robert De Niro in Heat (it’s no coincidence that Michael Mann initially offered Heat’s script to The Driver’s writer-director, Walter Hill). Driver belongs to the same lineage—or would do, if not for interference from the game’s original publisher, Sony.

“You were going to be a getaway driver, not an undercover cop,” Edmondson says. “Fortunately or unfortunately, they were not keen on him being a bad guy. They’d rather have him somebody you aspire to be.”

The Driver’s most important gift to Edmondson, though, was its American muscle cars—the overpowered and understeering hunks of metal that stuntmen sent sliding across four lanes, and which came to define Driver. “For the TV ad we used one of the drivers for The Dukes of Hazzard,” Edmondson says. “They would lock off the diff just to make it more slippery.”

This nerdy appreciation for filmcraft resulted not only in Driver’s director feature, but in Stuntman (2002), which delighted in revealing the secrets of cinema—like the logs beneath stunt cars that would fire downwards at just the right moment, creating the force for a roll.

Stuntman never appeared on PC, though, and nor did Driver 2. “Back then you had to specifically program for so many different graphics cards, and sound cards were an issue,” Edmondson sighs. “It was always a hassle. There were definite advantages in those days to developing a game for one platform, so that was PlayStation. But also, racing games were not that popular at the time on PC.”

There was a third factor, too, though Edmondson wasn’t necessarily aware of it himself: personal preference. “You tend to subconsciously favour the system that you play yourself,” he says. “I wasn’t a massive PC gamer back then. You don’t make proper business decisions based on that, but it is an influence.”

The series got the perfect send-off on PC, however, with the excellent Driver: San Francisco, for which Edmondson worked with Ubisoft. “They were a good match,” he says. “They’re not afraid of taking a few risks.” The game recast players as Tanner, after an accident that left him in a coma—floating around the titular city in his own head and flying freely between vehicles.

“It was a very off-the-wall concept, and there were a lot of sarcastic comments around that until people played it and understood what it actually was,” Edmondson says. “It was a tough one to sell, and you’ve got to admire Ubisoft for pressing on with something like that.”

The publisher gave Edmondson’s team half a decade to get Driver: San Francisco right—and to get it running at 60 fps, which accounted for a year and a half in itself. Perhaps best of all, Ubisoft’s playtesting process gave Edmondson a new perspective on difficulty.

“If I’d tried to do the garage test with Ubisoft, they’d have said ‘No, don’t be silly,'” he says. “Looking back on it, that was a silly decision. I suppose that’s an example of mellowing. As you get older, you get less hardcore.”