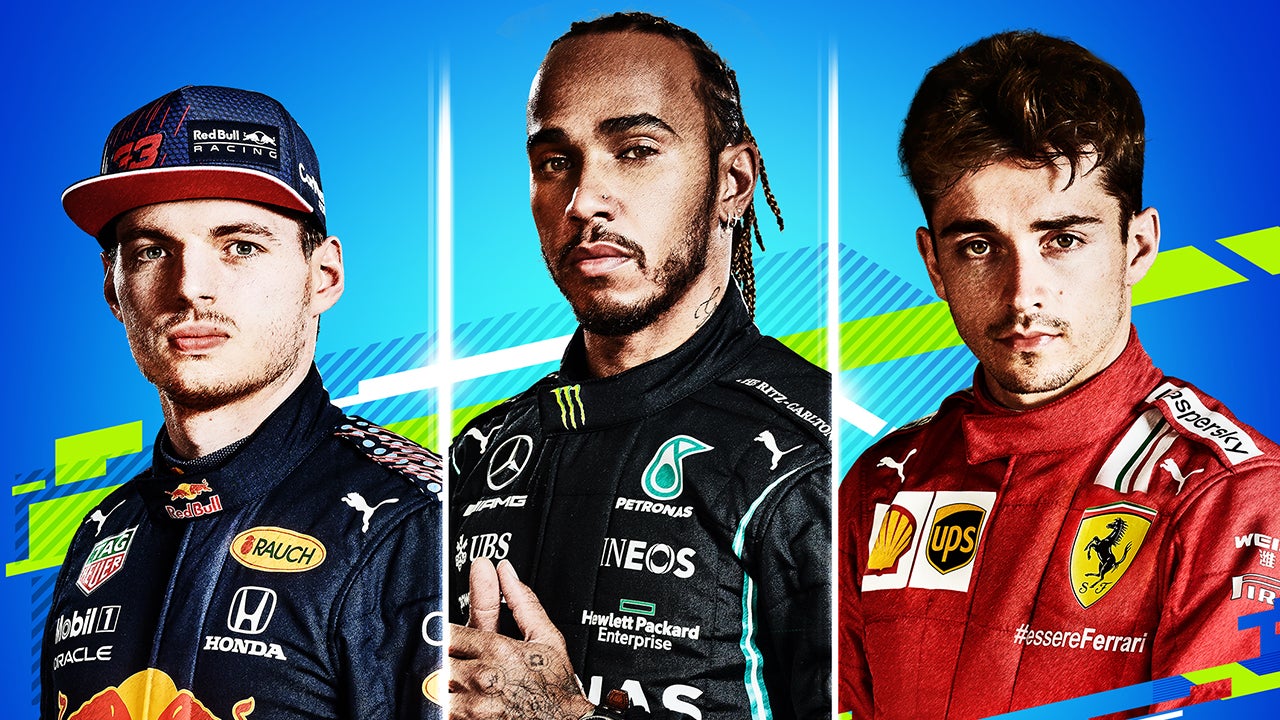 The world of F1 was set to be transformed this year, thanks to the prospect of radical new regulations and cars. However, like so many things during the pandemic, the changes were delayed until 2022 – leaving F1 in a 12-month holding pattern. The real-life 2021 season seemed poised to offer few surprises, but the reality is that this season has so far been the most interesting championship in years.

Funnily enough, it’s this backdrop that Codemasters has found itself competing against with its own fictional drama, introducing a fully-fledged story mode to F1 2021 for the first time in the series. The end result falls a little short of being as dramatic as the real thing, but it’s a well-executed and welcome new way to play that joins the series’ wide array of existing modes and makes for another excellent package – albeit one that needs a bit of extra content to bring it in line with the real-life 2021 season.

Codemasters flirted with the concept of a story mode two years ago in F1 2019 with its brief, F2-themed intro and its curated set of late-race scenarios and first-person cutscenes. There, however, it was simply a short sequence of events bolted onto the beginning of the standard career experience. In F1 2021 the story is a standalone mode akin to The Journey from FIFA 17 to 19, or Fight Night Champion’s titular Champion Mode – although it’s never quite as sentimental as the former or as rousing as the latter.

Get to the Point

Dubbed Braking Point, F1 2021’s story focuses on a pair of very different drivers: rookie Aiden Jackson, a talented Brit who still has some key things to learn about the F1 paddock, and Casper Akkerman, a Dutch journeyman with an illustrious career that’s mostly behind him. Depending on your choice, Jackson and Akkerman will race for one of five selectable teams – Williams, Haas, Alfa Romeo, Alpha Tauri, and Racing Point (which becomes Aston Martin during the story). These fictional drivers will unseat the real-life drivers in your choice of team, but the rest of the grid will be made up of actual F1 stars from the 2020 and 2021 seasons – except for one. Another driver from one of the four remaining selectable teams will be replaced with Codemasters’ resident F1 reptile, Devon Butler, who returns from his brief appearance as the antagonist at the beginning of F1 2019 for a slightly bigger role this time around.

The smiling face of a man who has not been punched enough.

Beginning in F2 in 2019, Braking Point sees Jackson graduate to F1 for 2020, where he immediately clashes with old dog Akkerman after a careless on-track incident. The discord between the two is only exacerbated by Akkerman’s general saltiness at what he perceives as preferential treatment for Jackson, much to the chagrin of likable team liaison Brian Doyle (and much to the delight of the devious Devon Butler).

The races in Braking Point vary from lights to flag events to mid-race situations, each with different challenges to achieve. You may be salvaging positions after some earlier misfortune, catching a certain car within a specific number of laps, or finishing ahead of a nominated team. All of these racing scenarios are weaved into the needs of the story itself, which plays out via both cutscenes and a series of phone calls.

The cutscenes are well done, particularly considering they’re really unlike anything Codemasters’ F1 team have attempted before, and there’s a decent authenticity to the performances overall.

The cutscenes are well done, particularly considering they’re really unlike anything Codemasters’ F1 team have attempted before, and there’s a decent authenticity to the performances overall. It’s also cute seeing real F1 superstars popping up on the periphery of Jackson and Akkerman’s story.

Braking Point does take quite a while to build to any real crescendo, though, and once it does it wraps up rather rapidly. I was particularly surprised that I ultimately knew very little about Jackson by the end. If this is the launchpad for further stories tracking Jackson’s journey, and it definitely feels like it is, it’d be nice to know more about his backstory.

The equally happy face of man whose office door is safe for another day.

Braking Point also ignores the COVID-19 crisis that had a huge impact on the 2020 and 2021 F1 seasons and includes races which never happened – which is a little incongruous if you dwell on it – but I did quite enjoy how it temporarily turns back the clock to revisit 2020’s car and driver combinations. Watching Ricciardo change from Renault to McLaren and Renault change from… Renault to Alpine reminded me a little of the multi-season nature of the fan favourite F1 Challenge ’99-’02 (known as F1 Career Challenge on consoles). Coincidentally enough, that was actually the last F1 game published by EA before this one.

Sadly, you can’t start the standard career modes a few seasons ago in the same way as Braking Point, but there have been a lot of other tweaks to these modes that I found welcome as a returning player of many years.

The ability to run quick, automated practice programs from a selection of tabs is a great addition, since they really had become quite a grind. It feels far, far better than skipping them outright, sacrificing the resource points, and diving straight into qualifying – which I’ve been tempted to do regularly over the last couple of years. I found the new option to leave the R&D to the AI useful also, even though the R&D system has had a nice facelift. Facility building can also be automated, but I stayed in charge of that to make sure the AI didn’t blow all my cash before I had a chance to lure Danny Ric to my team a few seasons in.

Building a fast car and letting Dan Ricciardo win a championship is officially my new hobby.

F1 2021 also introduces a new Expert setting that allows you to really fine-tune the career experience to suit the pace you want to play at. You can still toggle assists on and calibrate the AI to your own needs, but selecting the Expert environment opens up a raft of options, including the severity of mechanical faults you might suffer, the rate at which you and the AI teams accumulate resource points and cash, and how damage is calculated. You can accelerate your rise to the pinnacle of F1 or make it incredibly, incredibly hard; it’s up to you.

You can accelerate your rise to the pinnacle of F1 or make it incredibly, incredibly hard; it’s up to you.

Damage deserves an additional mention because it’s much more nuanced than ever before, which improves the racing by dialling up the consequences. Damage to your floor, barge boards, or side pods, for instance, will create drag and have a noticeable effect on your top speed. Tyre damage is more convincing, too; brush a wall too heavily and it’s possible for tyres to become completely delaminated, with the belt ripped from the sidewall.

While the novelty has worn off slightly after bursting onto the scene in F1 2020, My Team is still a brilliant mode, and Codemasters has done well to prune some the ageing cutscenes that clashed with the fact you’re actually the team owner (although there are still celebratory vignettes here that are at least five or six years old by now). The livery editing is very limited by modern standards, though, and it’d be great if sponsor decals only vanished from your car if you chose not to re-sign them. As it stands, every time sponsor contracts expire you still have to go and manually place their decals back on your car. It’s a weird annoyance considering everything else is so streamlined.

F1 2021 also introduces a pair of brand new two-player career modes, where you can link up with a friend to play as either rivals or teammates (Contracts mode allows both players to independently sign up with the team of their choice, whilst co-op mode ensures your friend automatically follows you wherever you sign). Co-op in particular feels like the online extension of how I found myself playing splitscreen when it was added back to the series last year. Splitscreen has returned but it’s separate from the two-player career modes, which are online-based.

10 Terrific F1 Games Throughout the Ages

Handling feels broadly similar to F1 2020 though the cars feel a little more responsive when moving laterally and are on more of a knife’s edge when it comes to grabbing too much curb at the wrong moment. Bottom out on a curb, or simply unsettle the aero balance enough, and the rear will whip around quick smart, so F1 2021 demands an exact touch.

F1 2021 features no classic cars for the first time in many years so I won’t argue it’s the best-sounding F1 game to date without any V8s on deck. To be fair, however, there definitely has been some work on the sound this year, and the noticeably more prominent transmission whine adds a fine extra layer to the richness of the car audio.

I do think it is the best-looking F1 game to date, however, and the enhancements here are across the board. The cars look excellent (particularly when carrying subtle racing damage), character models are much improved, and trackside detail is the most granular I’ve seen. Off-track surfaces like grass have received a big leap in fidelity.

On the topic of tracks, F1 2021 is missing several tracks it needed to be able to accurately simulate the 2021 season from the get-go. That said, Imola, Portimao, and the new Jeddah street circuit are reportedly coming free at some point this year. That the real sport can pivot faster than the video game is an unfortunate reality of game development, but F1 2021 currently falls some distance short of being able to properly represent this year’s season.

The Pokemon Unite devs are asking for feedback on the game via a survey
Apex Legends announces esports plans for ALGS second season
McLaren unveils esports facility, Gen.G expands Puma deal | ESI Digest #52
The Batgirls Are Back!
Next Week on Xbox: July 26 to 30