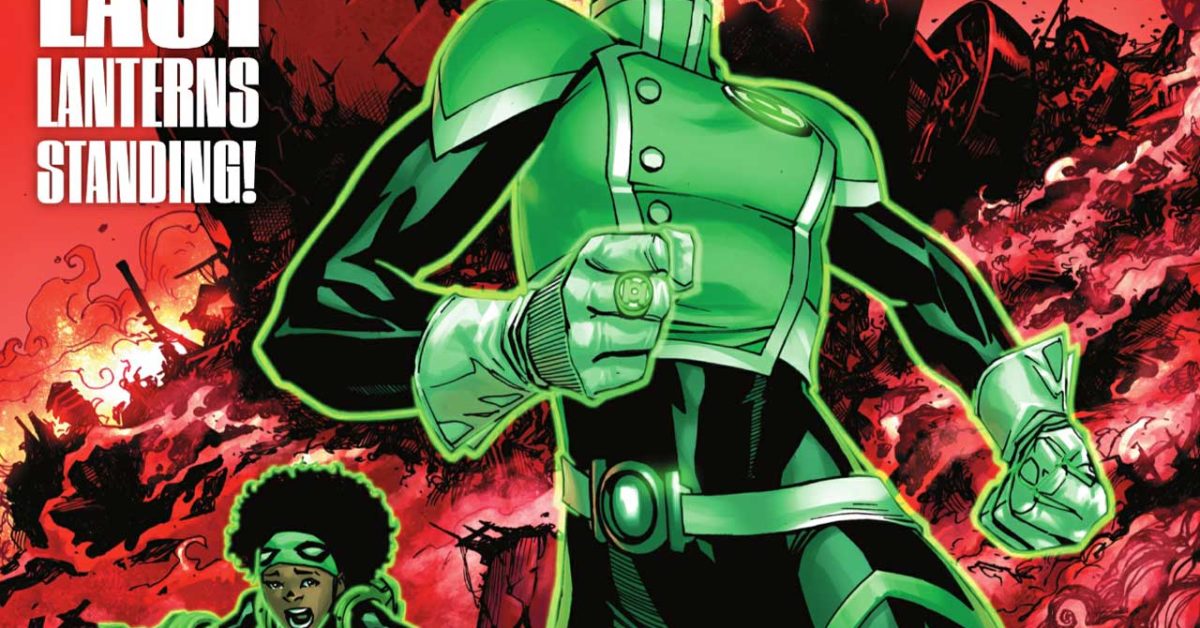 All across the galaxy, things are going badly for the wielders of will as they continue to recover from an attack that looks like something familiar but has layers and surprises. John Stewart battles alone on the edge of known space while Jo Muellin tries to take control of a situation on the Green Lantern homeward of Oa that borders on the uncontrollable.

On a frontier world that’s spent most of its energy hiding from the universe at large, a party of Qinoori slavers have come looking for trouble. John Stewart has no ring, no plan, and an overwhelming force aligned against him. What he does to address this situation is both creative and engaging, showing his power is more in his creativity than anything granted by the Maltusians.

Back on Oa, answers and theories mix together as the Guardians are stuck in a kind of quantum flux, and a lot of the negative influences trapped in sciencells underneath are now loose in space doing spirit knows what. That part of the title lags a bit as tyro Lantern Jo Muellin (who has a wholly different type of ring, thankfully) has to stand around and absorb a lot of exposition, which doesn’t give her much to do. There is a bit of information she (and somewhat Stewart) gets that’s a shock to the system, and that’s very well presented on all fronts.

Geoffrey Thorne’s script shines when it pushes people to their limits and forces them to adapt. Likewise, the sequential art from Tom Raney, Marco Santucci, Michael Atiyeh, and Rob Leigh shines when it has a chance to show tension or action (although that Guardians first look was bracing). Green Lantern #4 is a good book that got a lot of things right but may have loaded its plate a little too high this month. RATING: HONORABLE MENTION.

Green Lantern #4
By Geoffrey Thorne, Marco Santucci, Tom Raney
Improve. Adapt. Overcome. The same lessons John Stewart learned in the Marine Corps help him begin his quest to find the other lost Lanterns in the dark sectors of space. Meanwhile, back on Oa, one of the Corps’ newest members, Jo Mullein, alongside Young Justice’s Teen Lantern and Simon Baz, tends to the wounded and investigates who or what caused the source of all Green Lanternsâ power to go nuclear and wipe out the Corps.

Review by Hannibal Tabu
John Stewart shines without his ring while Jo Muellin takes it all in for a book that’s equal parts gripping and informative.
Jamie S. Rich, Mike Cotton, Bixie Mathieu