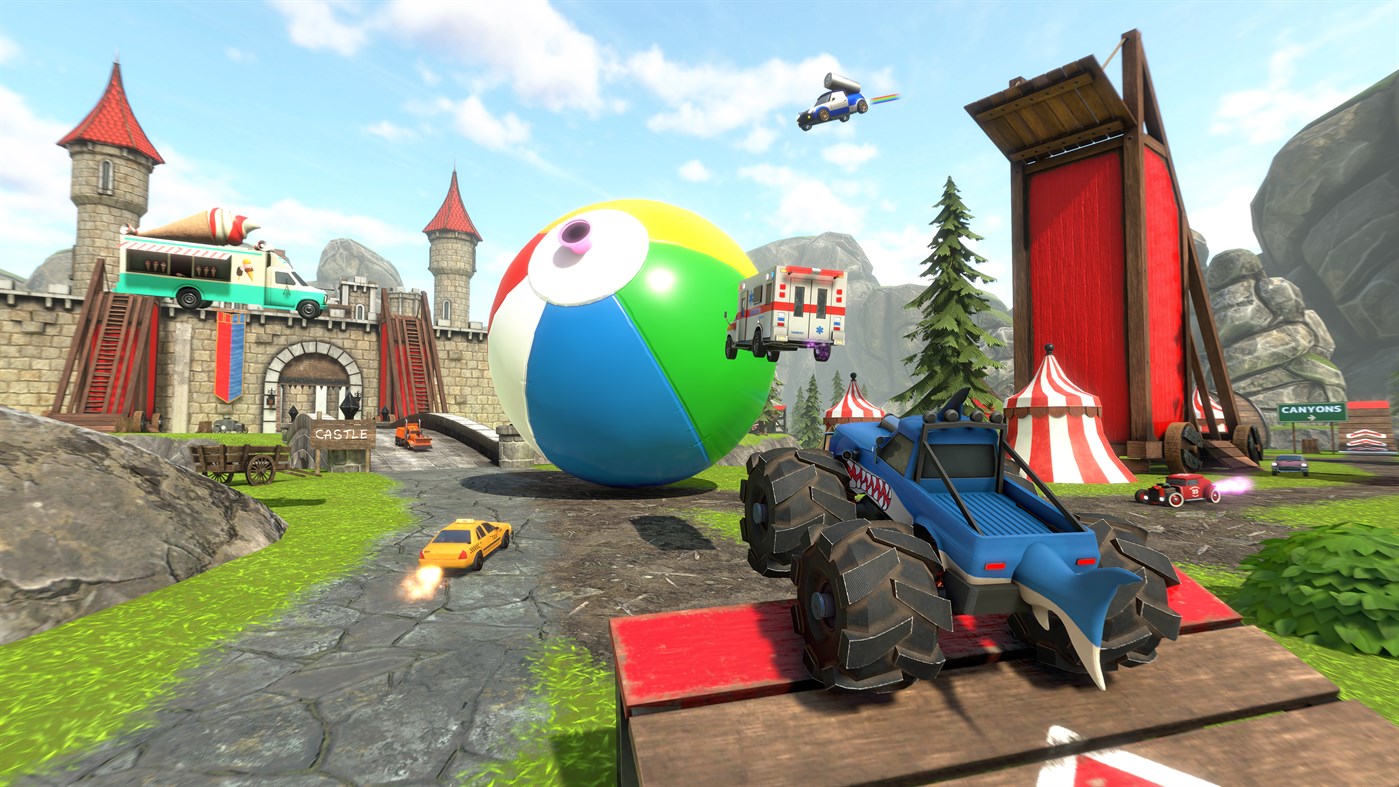 Why race when you can stunt? And why stunt when you can race? With the release of Crash Drive 3 on console, PC and mobile – with full next-gen optimisation – you’ll be both racing and stunting your way across the crazy open world and with the most ridiculous vehicles you can imagine.

Available to purchase and download right now on *deep breath* Xbox One, Xbox Series X|S, PS4, PS5, Nintendo Switch, Android, iOs and PC through both the Epic Games Store and Steam, is Crash Drive 3, an open world racer come stunt nailer that will cover the bases for those looking for a damn fine time alone, or a mayhem-filled one with others.

Crash Drive 3 runs at a price of £14.99 from the Xbox Store (pricing on other stores may vary!), and this latest iteration of the Crash Drive series will see players exploring a super colourful open world, all whilst performing stunts (a bit like in REKT! High Octane Stunts), racing others, competing in fun games and unravelling secrets. And the best thing about it? You can either do all that alone, or team up with others online via a cross-play system which will work across all formats.

There are 5 unique areas found in the world that holds Crash Drive 3 together, from deserts, the arctic, up to the moon and more, with every single one of them full of detail and opportunity. most of this will see players given the chance to show off their skills, jumping, stunting and causing chaos as they go. The more you stunt, the more cash you’ll gather up too, allowing for upgrades and new rides aplenty.

When you then throw in a host of competitive events like playing a bit of cops and robbers, or being the first to destroy a hug beach ball, and you can see that Crash Drive 3 is certainly not going to be taken too seriously.

The key features of Crash Drive 3 include:

We reckon Crash Drive 3 is going to be a ton of fun no matter what platform you play on – and just in case you had forgotten, you’ll find it on Xbox One, Xbox Series X|S, PS4, PS5, Nintendo Switch, Android, iOs and PC through both the Epic Games Store and Steam. Keep an eye out for our full review of the game on Xbox soon.

If you’re sold though, the usual digital stores will sort you out. Our favourite is that of the Xbox Store where you’ll find the game fully optimised for Xbox Series X|S. Let us know what format you grab it on though, and remember, with that cross-play support in place, it matters little.