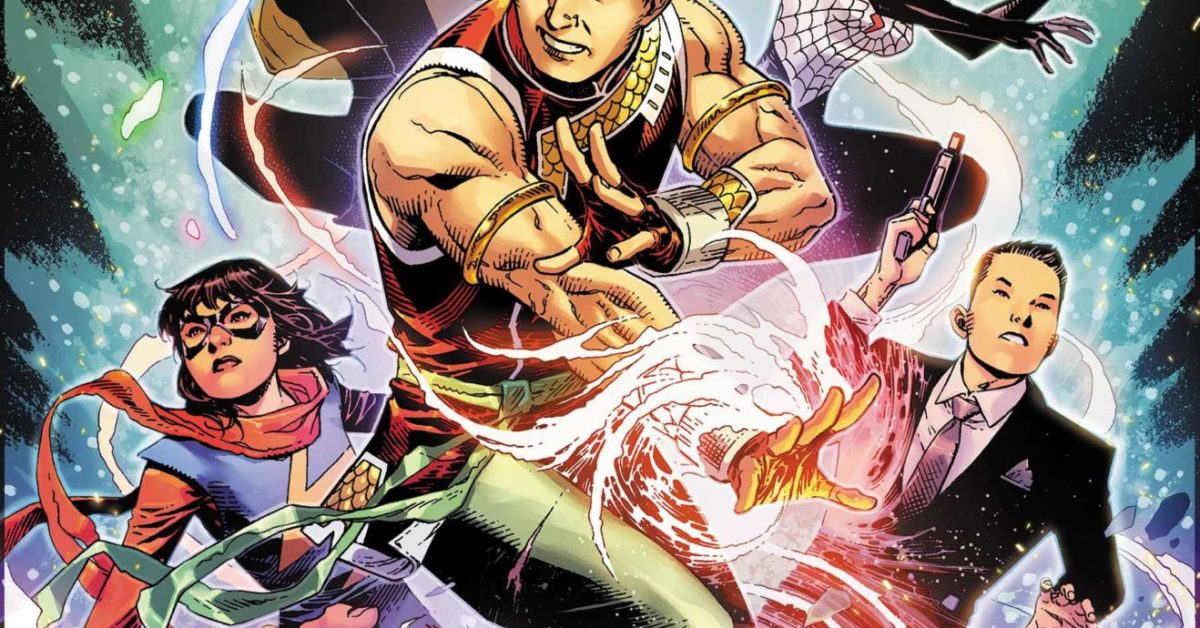 Whilce Portacio time! Marvel’s Voices: Identity #1 was solicited with artists “Marcus To, Jason Loo, Creees Lee, Lynne Yoshii, and more.” That has now been updated to read “Jason Loo, Mashal Ahmed, Whilce Portacio, Marcus To” and delayed a little until August the 25th. For a comic book celebrating the work of Asian American and Pacific Islander Heritage characters and creators, Whilce Portacio is certainly a get. Filipino-American artist on Punisher, X-Factor, and X-Men artist, initial co-founder of Image Comics, co-creator of Wetworks, Whilce Portacio is one of the most influential and significant superhero comic book creators of his generation. Sickness in 2000 stalled his career, and his return was sporadic, with another creator-owned series Stone, more Wetworks, Batman Confidential, Spawn with other Image co-founder Todd McFarlane, Hulk, Non Humans, a short return to Uncanny X-Men and an issue of Major X with another Image co-founder, Rob Liefeld, spread over the last couple of decades. But with the prominence of this title might that suggest a bigger return? What with everything else, Wetworks must be due for a revival, right? A super-military response team covered in golden symbiotic technology, maybe its time has come?

MARVELS VOICES IDENTITY #1
MARVEL COMICS
JUN210613
(W) Gene Luen Yang, More (A) Marcus To, More (CA) Jim Cheung
CELEBRATING THE GREATEST ASIAN SUPER HEROES AND CREATORS FROM ACROSS THE MARVEL UNIVERSE!
Some of the best Asian super heroes in comics are getting the spotlight in this special action-packed and heartfelt issue! Shang-Chi! Ms. Marvel! Jubilee! Silk! Jimmy Woo! Come celebrate these amazing and legendary heroes from new and established Asian creators that will surely expand “the world outside your window!” Plus: Be prepared for some big and special surprises that can only be told in the Mighty Marvel Manner! Rated T In Shops: Aug 25, 2021 SRP: $5.99