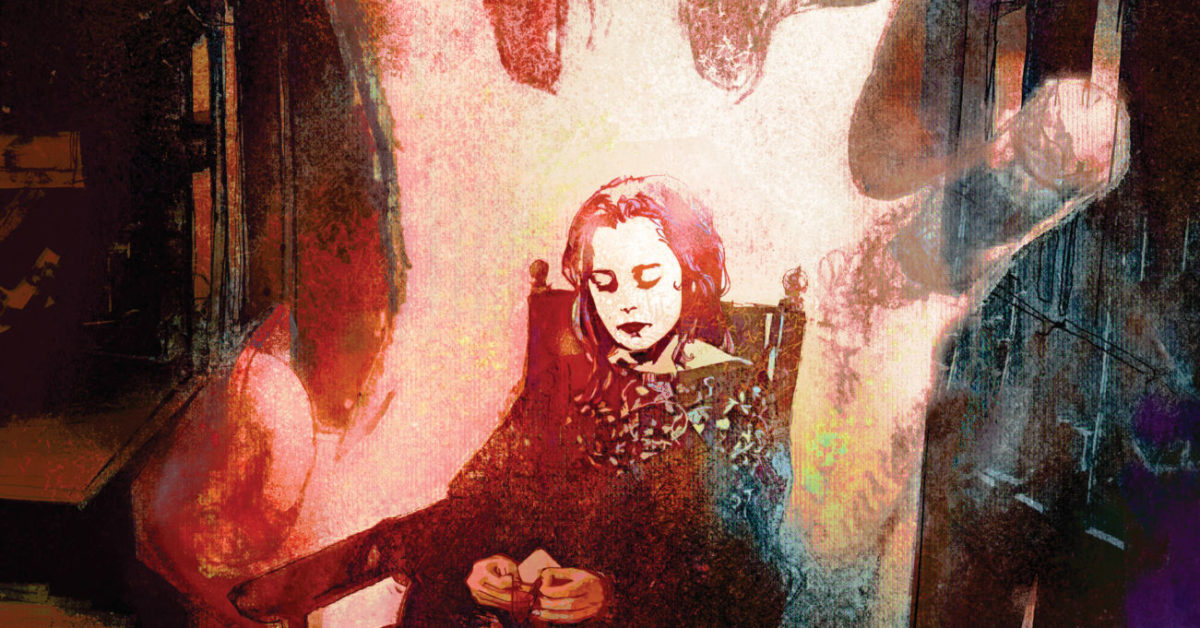 DC Comics has sent out a preview of next week’s issue of The Conjuring: The Lover #2. The first issue was released last month ahead of the release of the latest film in the franchise; The Devil Made Me Do It. That first issue was a bit uneven, with the front story being a bit too surface level and not really doing a good job getting to what we can expect from the rest of the series. The back-up by Scott Snyder, however, was great. Check out four pages from the issue below.

The Conjuring Translates Well To Comics

“Co-Written by David L. Johnson-McGoldrick (Screenwriter, The Conjuring 2, Orphan) and New York Times best-selling author Rex Ogle (Free Lunch, Teen Titans) with series artwork by Garry Brown (Catwoman), the first look at some of the spine-tingling interior pages from issue #2 is available now. In this second installment, Jessica’s life begins to take a turn for the terrifying as she finds herself experiencing increasingly disturbing events at her college. Most troubling of all, she begins to suspect that the phenomena she’s experiencing could have an unsettling origin—her own psyche. Plus, Che Grayson and Juan Ferreyra bring you another trip into the Warrens’ haunted artifact room for a double dose of dread!”

The Conjuring works really well as a comic series, but I would need them to go in the direction of an anthology. More short stories that are one and done from an array of different creators. That is not to say that the main story could not take off, but I worry that the back-ups will continue to be where this book shines. We will all find out together when The Conjuring: The Lover #2 releases from DC Comics in print and digitally on Wednesday.