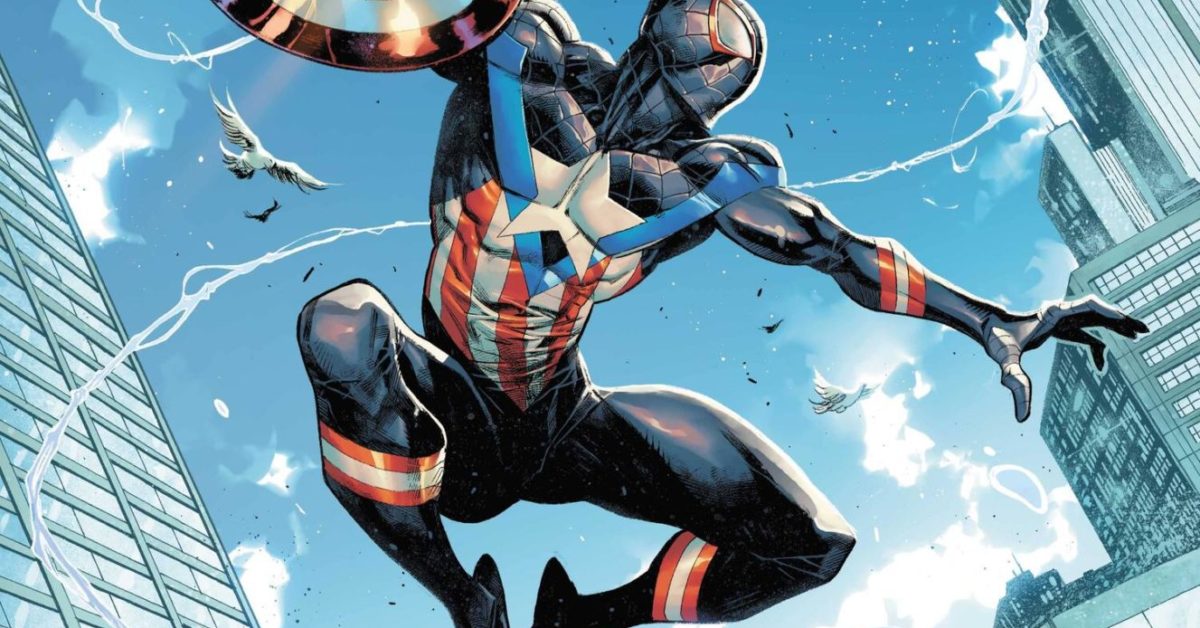 Marvel is celebrating Captain America’s 80th birthday this July in the most American way possible: by exploiting consumers through predatory capitalism! That’s right, Marvel is releasing a collection of variant covers showing the stars of 8 unrelated titles dressed up as Captain America by the usual cast of Marvel cover artists. Marvel unveiled all eight covers in a press release on Marvel.com Thurdsay, noting:

This year, Marvel Comics is honoring the 80th anniversary of Captain America with a new collection of extraordinary variant covers! Gracing the covers of your favorite ongoing series throughout July will be reimagined versions of iconic heroes including Black Widow, Miles Morales, and Spider-Man. These star-spangled homages have been designed and crafted by some of the industry’s greatest artistic talents: John Cassaday, Steve McNiven, Iban Coello, Pepe Larraz, Leinil Francis Yu, Mark Brooks, Nick Bradshaw, and Terry and Rachel Dodson.

You wouldn’t want to not collect them all and appear un-American, would you? Of course not! So get to your local comic shop and pre-order these suckers before Marvel has to send a reeducation squad to your house to set you straight. Check out a gallery of the variants below.