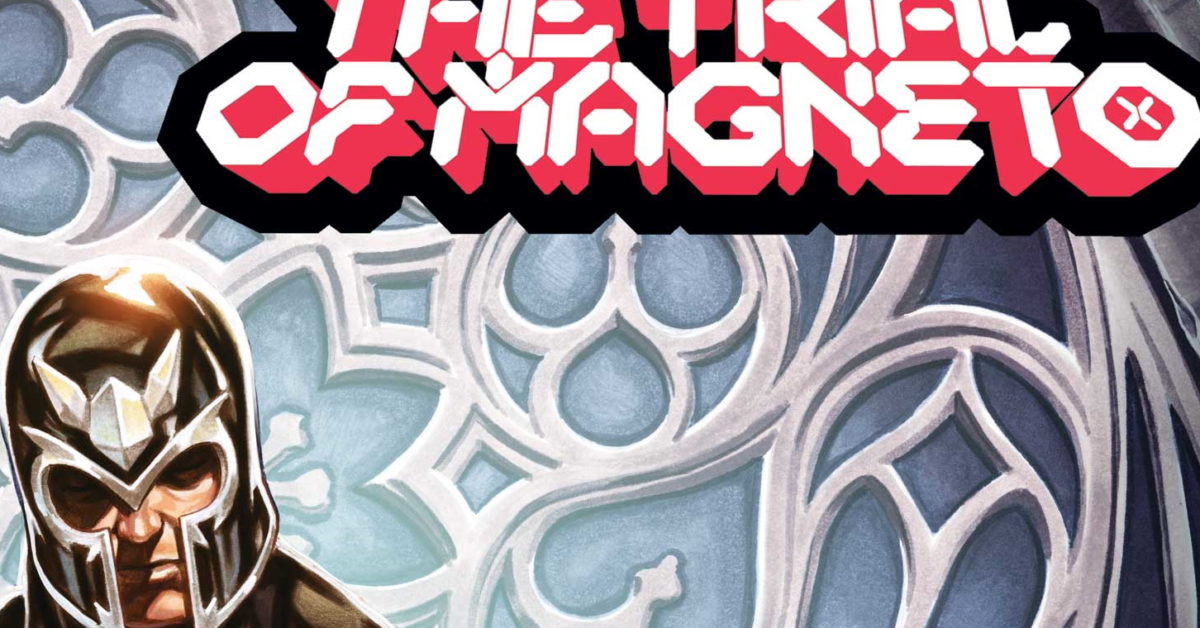 It’s Magneto time. Bleeding Cool put the word out a couple of days ago, X-Factor #10 is now currently selling from between $25 and $40 on eBay, and the Marvel world has been shaken. This means it’s time for Marvel to reveal the Mark Brooks cover to Trial Of Magneto that confirms that the final pages of X-Factor #10 that end the Hellfire Gala are the real deal.

Wanda Maximoff, The Scarlet Witch is dead. The resurrection protocols only work for mutants, of which she is no longer defined as being a member of. And Magneto, once believed to be her father, is the prime suspect. Oh, and Darkhold is now set before the events of X-Factor #8, so there is everything to play for…

As the Hellfire Gala came to an end in today’s X-FACTOR #10, so did the life of one of Marvel’s most iconic heroes: the Scarlet Witch! This shocking murder will lead directly into THE TRIAL OF MAGNETO, a brand-new limited series launching in August written by X-Factor scribe Leah Williams with art by Lucas Werneck (Empyre: X-Men). The very future of Krakoa is threatened as a trial begins that will divide the thriving mutant nation. In this pivotal moment in Jonathan Hickman’s era of X-Men, the ongoing tension between the Avengers and the X-Men will explode as Earth’s Mightiest Heroes arrive on Krakoa to seek justice for their fallen teammate. All eyes turn to Magneto, but Marvel fans know all too well that when it comes to Magneto and the Maximoff twins, nothing is ever as simple as it seems. Once thought to be father and daughter, Magneto and Scarlet Witch have a storied history that began in the earliest days of the X-Men. Now, their unpredictable saga gets a new chapter… Check out superstar artist Mark Brooks’ hauntingly beautiful cover below and discover the truth behind the story that will shake Krakoa to its core when THE TRIAL OF MAGNETO #1 hits stands on August 18th!

X-MEN TRIAL OF MAGNETO #1 (OF 5)
MARVEL COMICS
JUN210554
(W) Leah Williams (A) Lucas Werneck (CA) Valerio Schiti
THE STORY THAT WILL SHAKE KRAKOA TO ITS CORE!
A horrific murder. A shocking revelation. A trial that will divide the new mutant nation. Leah Williams and Valerio Schiti bring you a new epic that threatens the Reign of X and will upend the world of mutants. The truth is hidden, the danger is far from over, and the trial has begun
Rated T+In Shops: Aug 18, 2021 SRP: $4.99

X-MEN TRIAL OF MAGNETO #2 (OF 5)
MARVEL COMICS
JUL210615
(W) Leah Williams (A) Lucas Werneck (CA) Valerio Schiti
HABEAS CORPSES! Heroes of the Marvel Universe came to Krakoa for a memorial. Now they’ve got a fight. Magneto pushes Krakoa and the Council to the brink! Also… there’s something wrong with the body… Rated T+ In Shops: Sep 15, 2021 SRP: $3.99