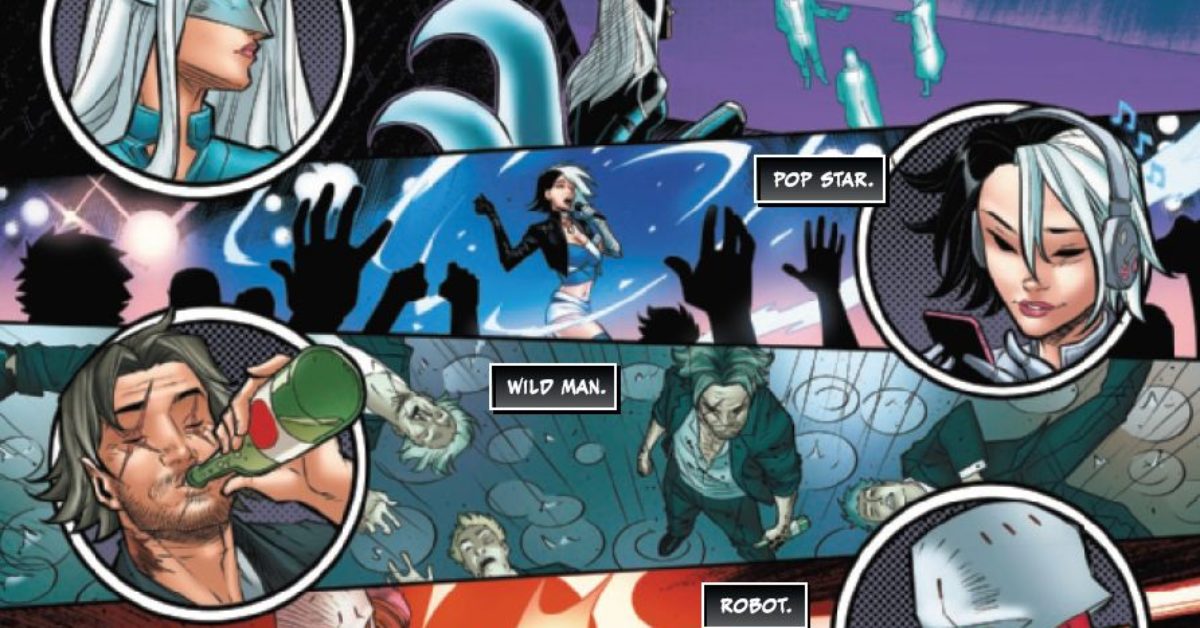 It’s not all just X-Factor #10 – currently selling from between $25 and $40 on eBay. Black Cat Annual #5 wants to play too. While Black Cat Annual doesn’t have any headline- worthy deaths that bring into question an entire publisher’s attitude to one of their characters who is getting more airplay than ever right now, it does introduce a new team – a White Fox Suicide Squad.

The General, Mr Enigma, Luna Snow, Con-R II, and Auntie Ante. All first appearances, maybe you’ll never see them again, but writer Jed MacKay does have a habit shared by Al Ewing and Donny Cates of starting a story in one title and then finishing it in another. So it’s enough for certain folk to declare this a grade-A collectible. Some folk were hyping this as such over the last few days – at the same time X-Factor #10 was sneaking under their noses…

With handy one/two word descriptions for them all, just in case you needed the differentiation.

And it’s enough for the aftermarket to react strongly, so that standard cover featuring the Tiger Division has sold multiple copies for $15 on eBay, while the 1:25 tiered cover has sold for up to $50 on eBay.

BLACK CAT ANNUAL #1 INFD
MARVEL COMICS
APR210738
(W) Jed MacKay (A) Joey Vazquez (CA) C.F. Villa
“INFINITE DESTINIES” CONTINUES!
• Felicia Hardy’s vacation is interrupted when a layover in South Korea turns into an insane caper.
• This caper is a deadly journey across Seoul, where she comes face to face with Taegukgi, White Fox and Tiger Division (from TASKMASTER #3)!
• And what does this have to do with the Infinity Stones? Find out this June!
ALSO IN THIS ISSUE: Part 3 (of 8) of “Infinite Fury”!
40 PGS./ONE-SHOT/Rated T+
In Shops: Jun 30, 2021
SRP: $4.99

PlayStation Plus games for August accidentally leaked on the Sony website
Blizzard Co-Founder And Former CEO Responds To Activision Blizzard Lawsuit, “I Am Extremely Sorry That I Failed You”
A Thunderous End in The Other History of the DC Universe #5 [Preview]
DC Direct collectibles return under McFarlane Toys
PREVIEW: Guts n’ Gore Galore with Ed Piskor’s RED ROOM #3