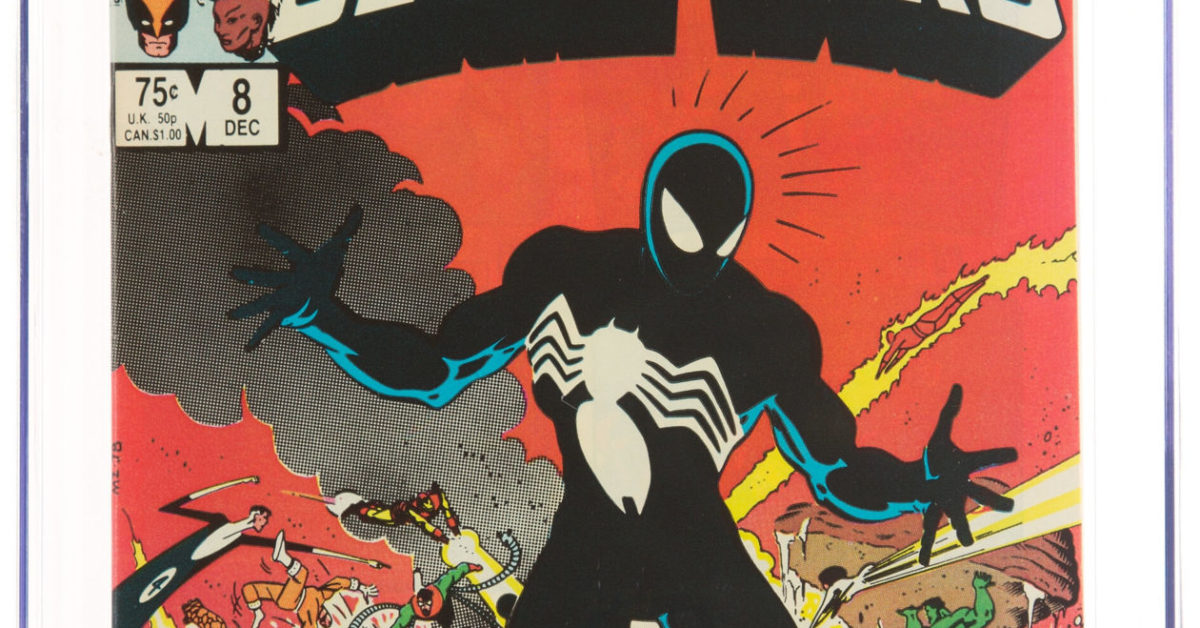 Marvel Super Heroes Secret Wars #8 by Jim Shooter and Mike Zeck was published in 1984 and featured the origin of Spider-Man’s then-new black costume, the symbiote suit that would one day become Venom. As a result, it has become quite the collectible item over the years, especially after the success of the Venom character, the Venom movie, and with Venom 2 to come. In the comic books, Venom has had a new lease of life from Donny Cates and Ryan Stegman, with two crossover events, Absolute Carnage and The King In Black, dominating Marvel titles. The pair left the series with Venom #200, with the Venom suit switching from Eddie Brock to his son Dylan Brock. But how will this affect the value?

The idea for a new costume for Spider-Man that would later become the character Venom was conceived of by a Marvel reader from Norridge, Illinois, named Randy Schueller. Marvel purchased the idea for $220.00 after Jim Shooter sent Schueller a letter acknowledging Marvel’s desire to acquire the idea from him in 1982. Schueller’s design was then modified by Mike Zeck, becoming the Symbiote costume three years later. John Byrne stated that the idea for a costume made of self-healing biological material was one he originated when he was the artist on Iron Fist to explain how that character’s costume was constantly being torn and then apparently repaired by the next issue, explaining that he ended up not using the idea on that title, but that Roger Stern later asked him if he could use the idea for Spider-Man’s alien costume.