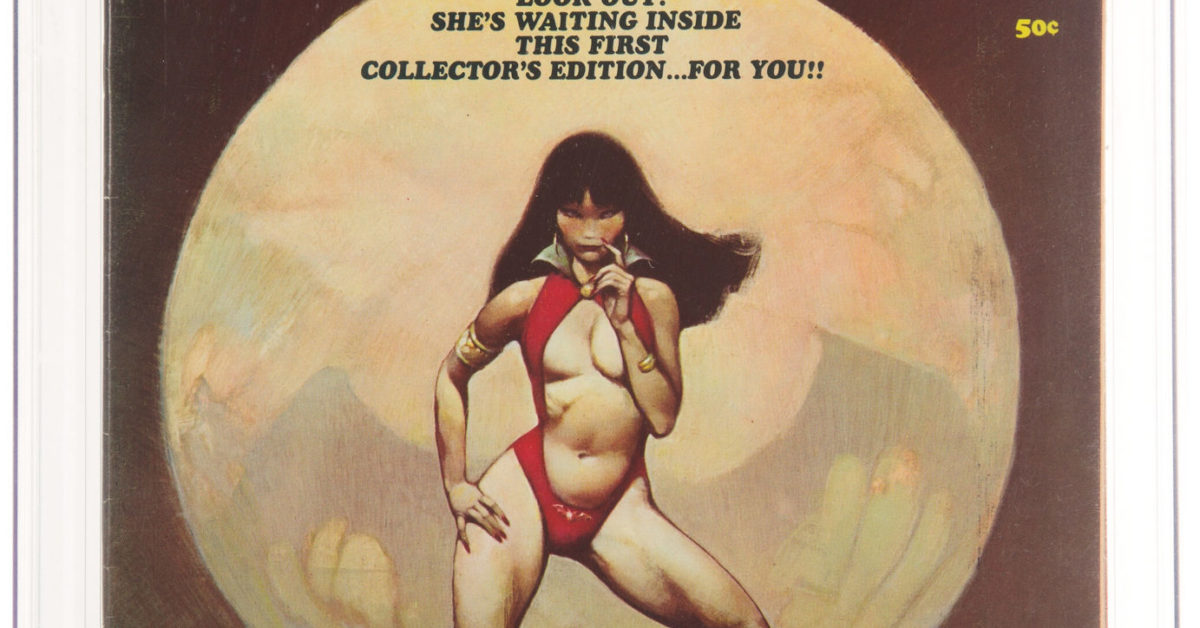 Vampirella is a vampire superheroine created by Forrest J Ackerman and Trina Robbins for Warren Publishing’s black-and-white horror comics magazine Vampirella #1, published in 1969 as a sister publication to Warren’s Creepy and Eerie. Writer-editor Archie Goodwin later developed the character from the horror-story host and narrator of the anthology comic into the lead character for the comic book. Originally she was portrayed as coming from the planet Drakulon, a world where blood flowed like water and where the natives, called the Vampiri, shared traditionally vampiric characteristics. Hoping to save her people from starvation, she travelled to Earth to hunt Earth’s vampires. This version was retconned repeatedly by subsequent creators.

Vampirella was published continuously until 1983 when Warren Publishing folded, and its assets were bought by Harris Publications, who attracted creators such as Kurt Busiek, Alan Moore, Warren Ellis, Grant Morrison, Mark Millar, Joe Quesada, and Jimmy Palmiotti to work on the character. More recently, Harris and all its assets were bought by Dynamite Entertainment in 2010, which has continued to publish the character since most notably written by Christopher Priest.