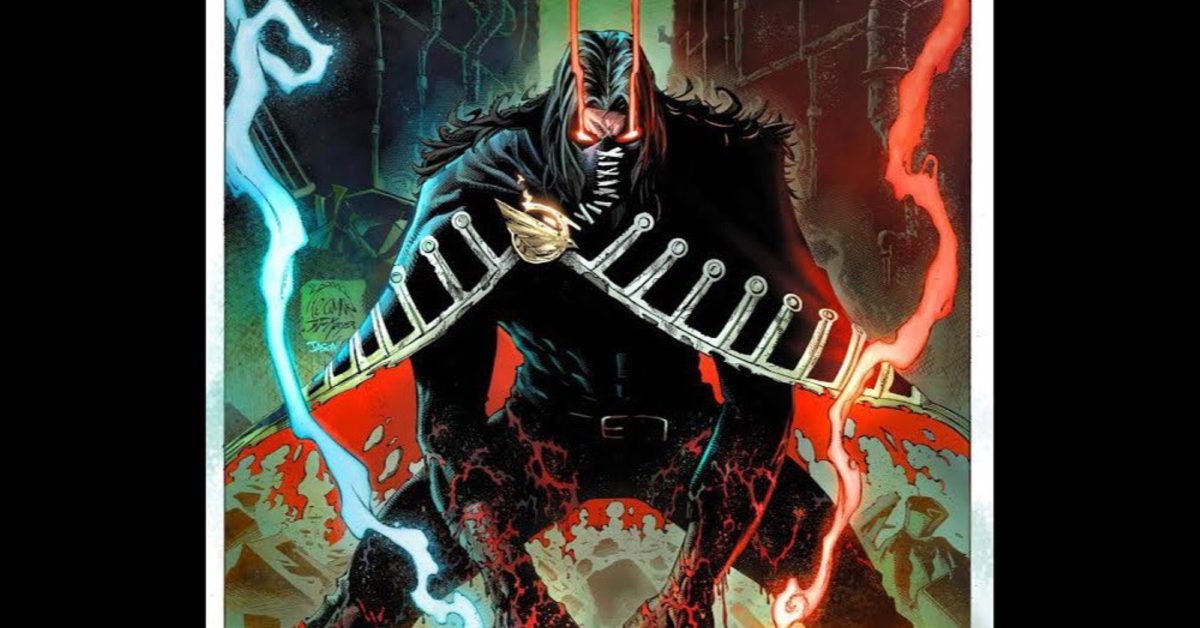 On the Stegman And Friends Youtube podcast last night, Ryan Stegman and Donny Cates announced a new publisher imprint of theirs, Kids Love Chains, and its first comic book series by Cates and Stegman, Vanish. Making this Ryan Stegman’s first creator-owned comic book. And they had artwork to show off… with its first cover by Stegman, JP Meyers, and Jason Keith.

And a Daniel Warren Johnson cover.

Vanish should sit nicely next to Venom on the comic bookshelf. Here’s the logo on the cover.

Donny Cates describes the images as showing “a team of well, superheroes of some fashion, that guy appears to have the Image logo upside down on his shirt, an upside-down cross but they look like good guys which is weird because the other guy looks like a bad guy”… naming influences while creating it as a “bunch of Spawn comics, WildCATS comics and a huge tome of Akira.” And asking themselves “one question we kept in mind the entire time, what could we do in Vanish that Marvel would never allow?” What you are going to see in Vanish, Stegman, and Cates free from Disney control.

Apparently, they planned to announce a lot more but received a “crazy-ass” phone call that day that stopped that, but for good reasons. They stated that there would be new ways for fans to interact with the creation of the book – could it be one of the Nick Spencer Substack books? Is the inversed Image logo a sign that it is – or isn’t – at Image?

KLC Press – or Kids Love Chains, is based on the Todd McFarlane quote from a Comic Book Greats video back in the day, and chains were very popular on his Spawn character. Donny Cates named the first arc of Crossover at Image Comics after it, and Venom’s redesign by Ryan Stegman in Venom #200 gave him chains, and the line about loving chains to the son of Eddie Brock and the new Venom of the Marvel Universe, Dylan Brock.