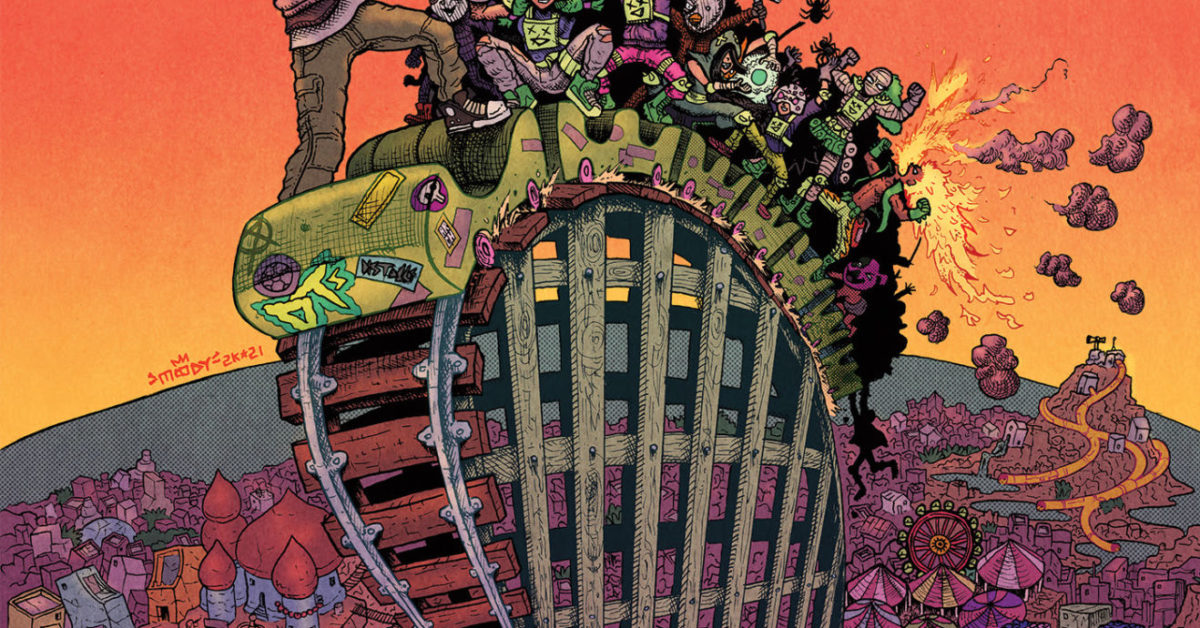 Looks like Z2 Comics has a big slate for their new sales hire Devin Funches. Z2 Comics announced what they describe as a headliner to their Fall 2021 offerings, an OGN called Limbo Beach from Vince Staples, Bryan Edward Hill, Chris Robinson, and Buster Moody. Limbo Beach is described as a combination of Lord Of The Flies and The Warriors.

The story involves kids washed ashore on a beach, entering an amusement park and gaining superpowers, with Limbo Beach presumably delving into the strange park and how all the kids get there. I’m guessing Limbo Beach‘s themes are the consequences of an extended adolescence. Could be cool. Hill’s no slouch, and while I’m not familiar with Robinson or Moody’s work, Lord Of The Flies and The Warriors are two iconic properties to riff on. I’m completely unfamiliar with Vince Staples’ music, so no comment there.

Z2 ties the announcement into Staples’ forthcoming self-titled album out July 9, 2021. According to Pitchfork, Z2 targets a December 2021 release date for Limbo Beach. As with other Z2 books, the publisher promises multiple editions of the OGN, in the case a softcover, a hardcover, a deluxe edition, and a super deluxe edition, which can be pre-ordered here.

An abbreviated version of the press release is below.

LOS ANGELES, CA— Z2 Comics continues to define the relationship between music and comics; bringing together the comics industry’s top artists and writers with recording acts from every genre to create a new and unique experience for fans, and introduce new readers to the medium that has come to define every other facet of the modern entertainment industry.

This latest pairing adds one of the biggest names in rap music to the roster with his first ever foray into four color fiction from an original concept by Vince Staples to be executed in partnership with comic book and screenwriter Bryan Edward Hill (Batman & the Outsiders; Titans), Chris Robinson (Children of the Atom), and Buster Moody (Teenage Mutant Ninja Turtles)).

“Every kid has the same story. Wash up on shore. Enter the amusement park. Get superpowers. Why are you so different?”

Join fan-favorite artist Vince Staples on an adventure into the mysterious Limbo Beach, an island theme park ruled by adolescents with unique abilities! Follow the newest member of the Wunderlosts, a band of misfit teenage raiders, on a journey to discover the truth about the park—and himself—in a tale that is equal parts Lord of the Flies and The Warriors.

Vince Staples comments “Limbo Beach is the story of lost children fighting to regain their stolen youth. It takes place in a world similar to the one that we all live in, where we are shaped by our experiences and those around us. I appreciate the opportunity to create these stories in a way that I never have before. Hopefully, it is the first of many.”